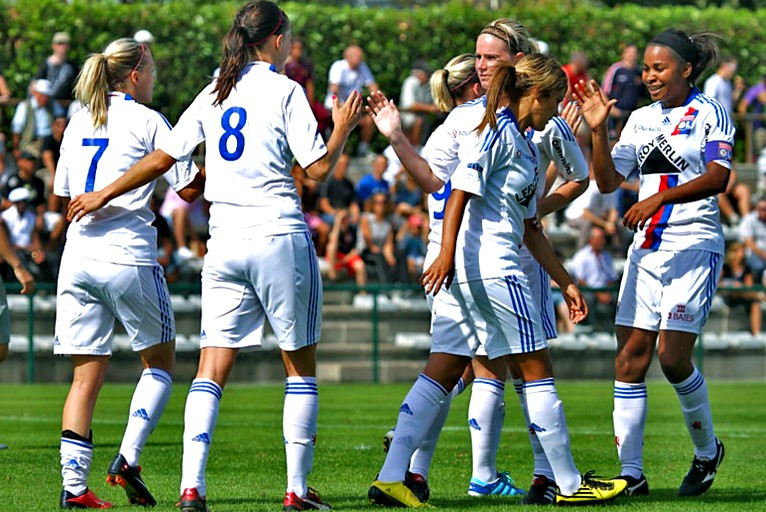 Lyon ensured the essential on Sunday afternoon away to Hénin-Beaumont, thanks to a goal from Eugénie Le Sommer.

The OL players fulfilled their contract by bringing home a small but valuable victory from Hénin-Beaumont. Despite the presence on the sidelines of Louisa Necib, Lotta Schelin and Ingvild Stensland, rested by Patrice Lair, the Lyon women dominated the encounter.

After a goal from Sandrine Brétigny refused for an offside position, it was the new recruit Eugénie Le Sommer who opened the scoring with a fine shot (0-1, 20’), firing home her second goal on two matches. Faced with a well organized team, OL managed to create more scoring chances, hitting the opposition woodwork on a number of occasions. A goal by Wendie Renard was once again refused for a foul on the Hénin-Beaumont goalkeepr, but Lyon held their advantage until the end.