OL back to winning ways 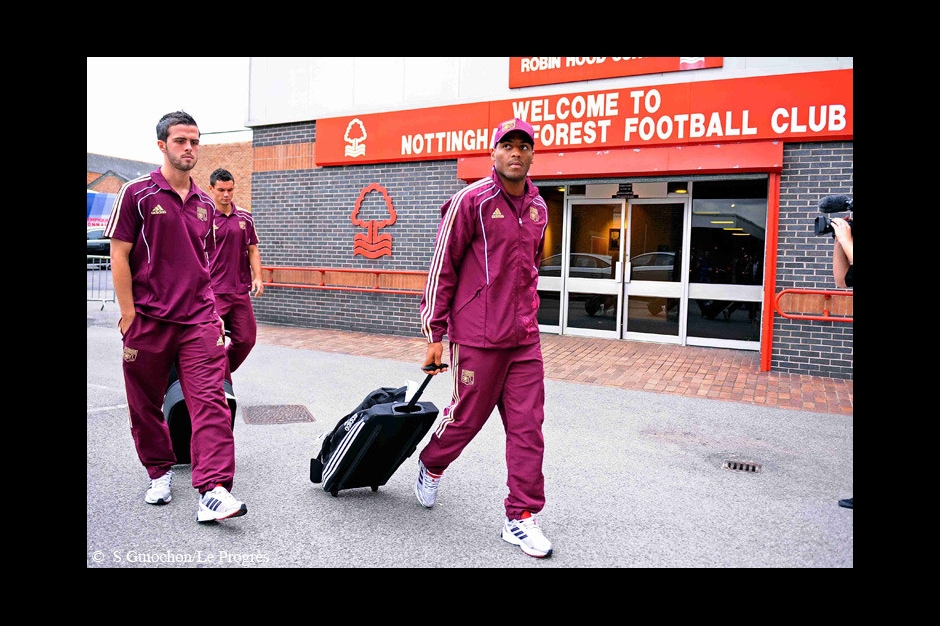 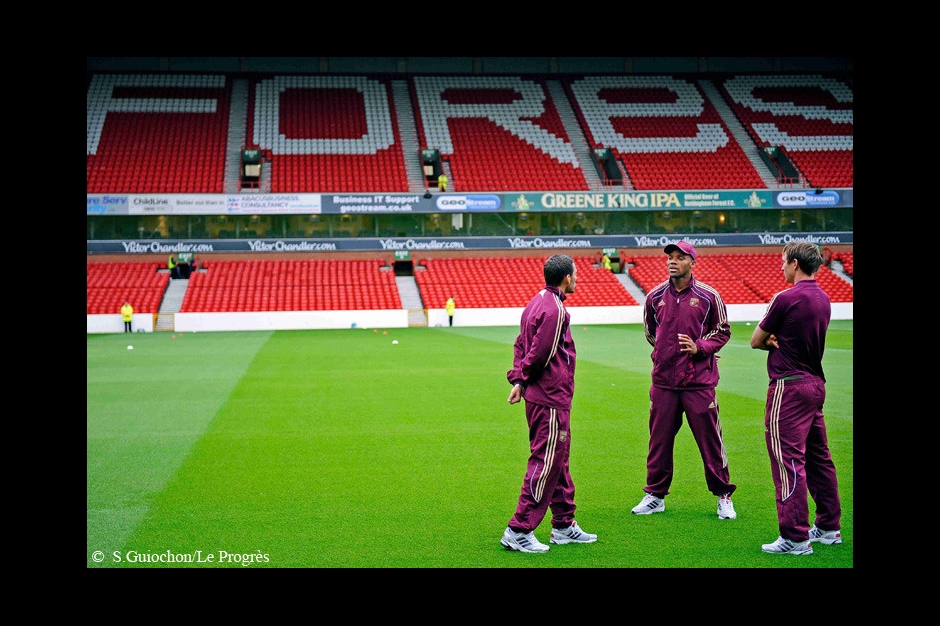 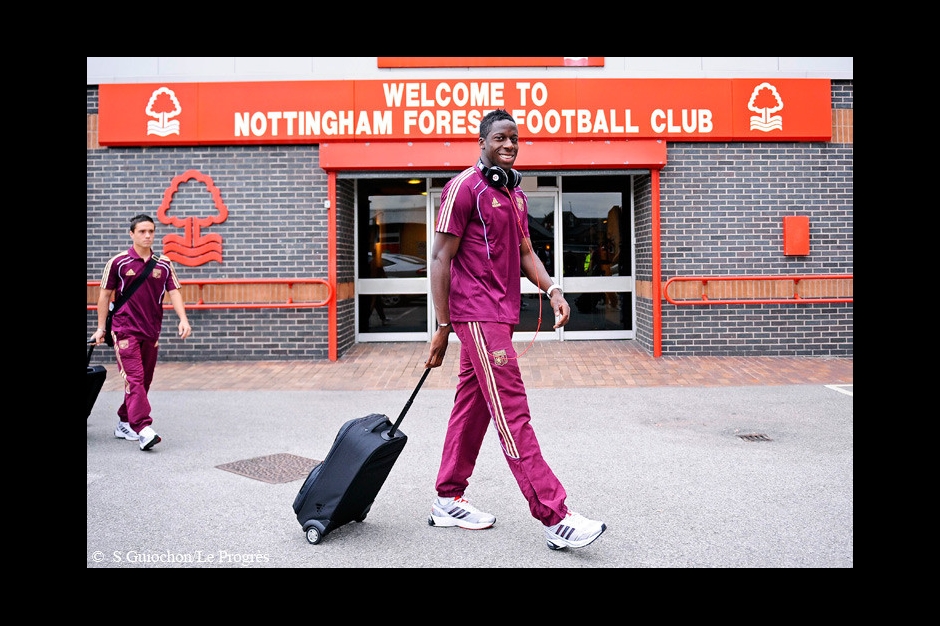 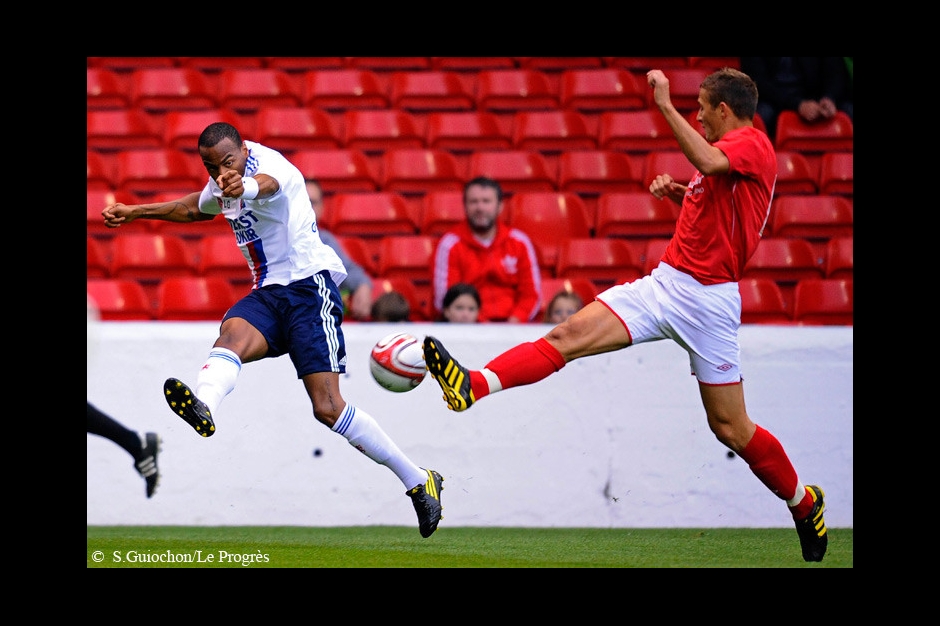 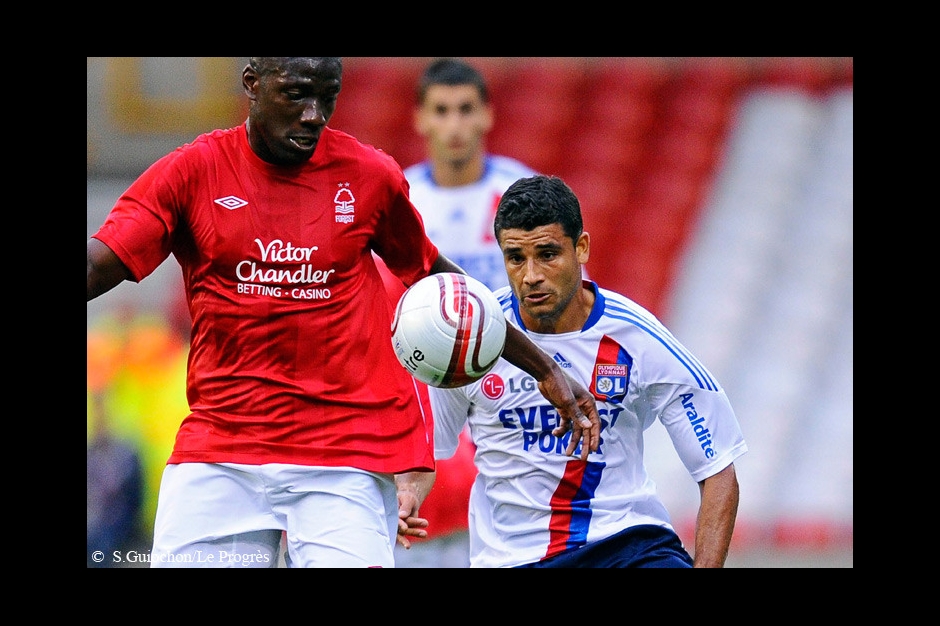 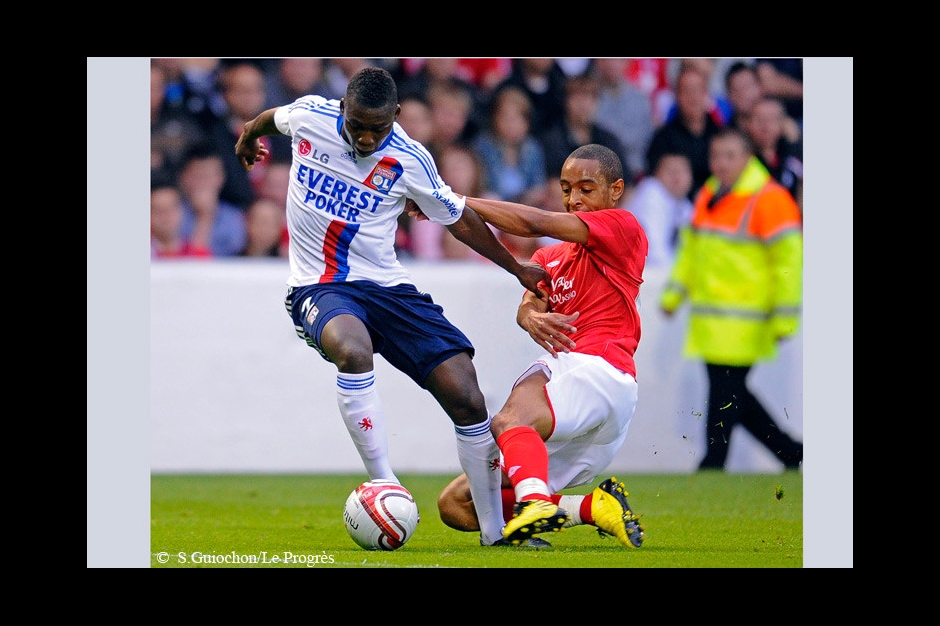 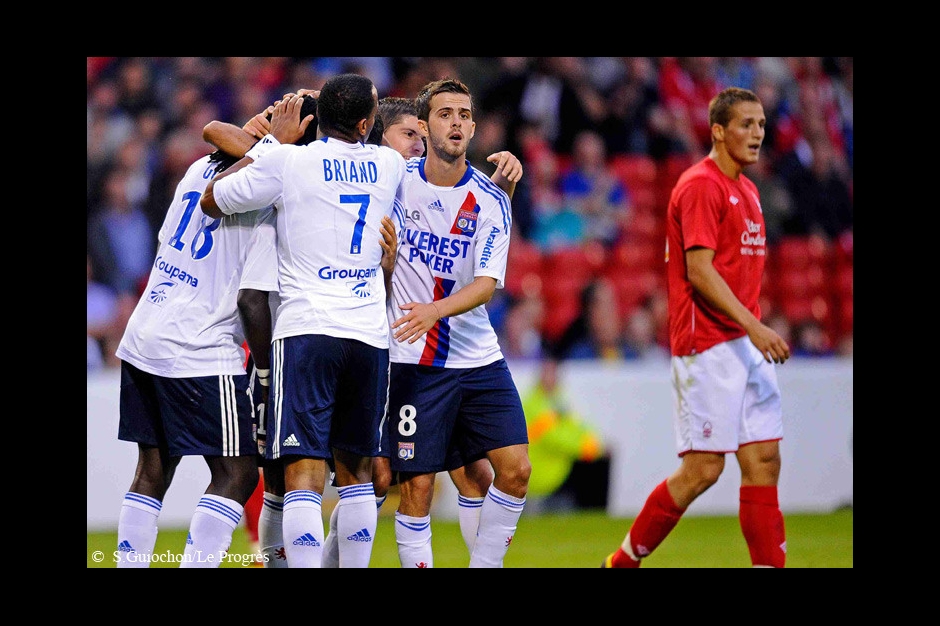 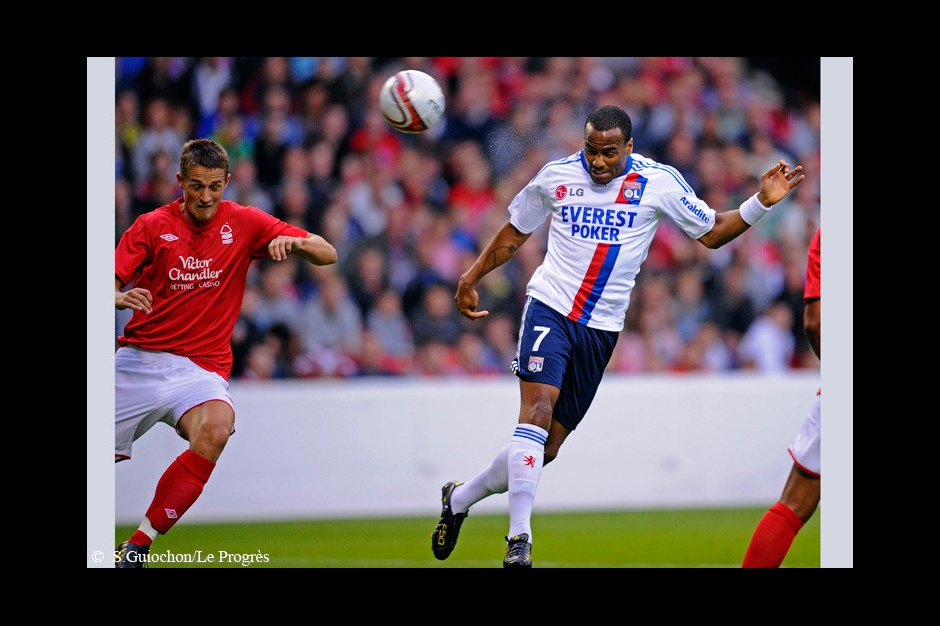 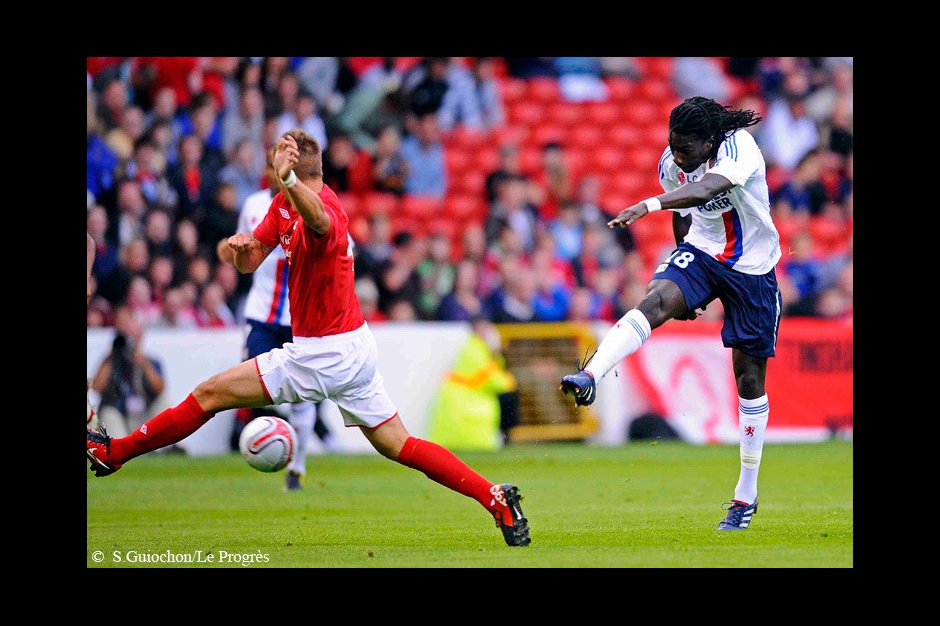 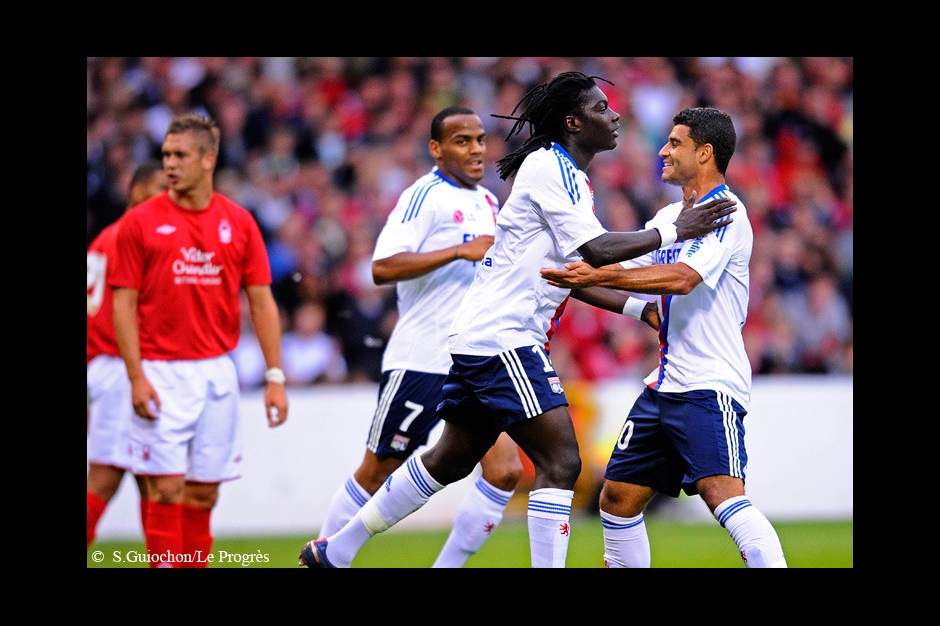 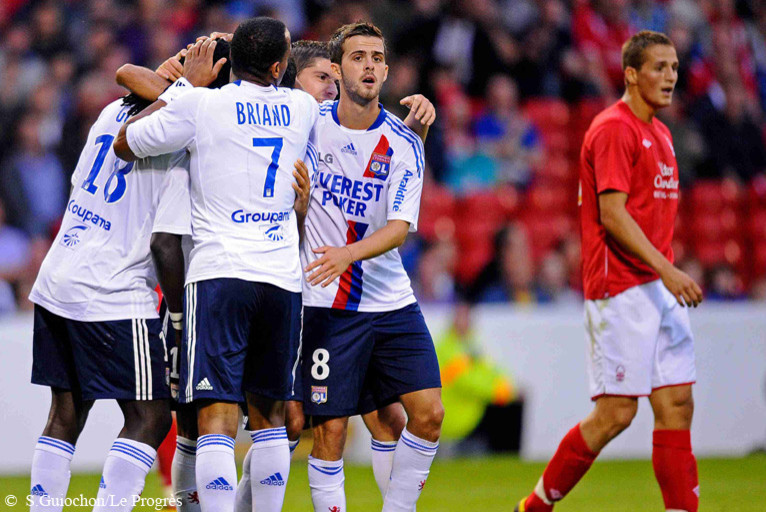 OL were victorious against the English side of Nottingham Forest after a good, solid performance, all the while having to resist the attcaking intentions of the Reds.

In a typically British stadium, with seats the same red colour of the home team’s jersey, OL played their fourth friendly match of pre-season. Claude Puel was able to count on the return on certain World Cup players like Réveillère, Lloris and Toulalan. On the other hand, Jean-Alain Boumsong did not change, a sign that the international centre back is almost certainly on his way to Panathinaïkos. The starting eleven saw Réveillère on the bench and Toulalan in the centre of defence, while Cris was rested.

In taking the match by the throat, OL often dominated this League One opponent (L2), a side who do not at all use the famous kick and rush, in the first half. They were very applied in their circulation of the ball, never hesitating to move forward or take their chance, just like Gomis did from 30 metres out to open the scoring in the 8th minute or even Ederson on a number of occasions (4 shots), Briand saw a point blank range header hit the post. But, these red devils were not content to sit back and forced Lloris into three saves before conceding a goal from Adebola who had been played in well by Earnshaw (34’). Just before half-time, Gomis, at the limit of off-side, gave OL the lead once again after a sumptuous pass from Pied. The first 45 minutes were very animated.

Claude Puel obviously made several changes to his side for the second half. Briand repositioned in the centre of the attack with Gomis coming off and being replaced by the youngster Novillo. Réveillère, Seguin, Källström and Vercoutre also came on for the second half. Vercoutre was immediately brought into action following a shot from Moussi before swiftly coming out at the feet of Adebola. Unfortunately for Billy Davies men, looking for an equaliser, the goalkeeper Smith messed up his save from a Briand shot, allowing the player to open his OL account just before coming off in the 61st minute replaced by Belfodil ; Blanc also coming on for his first pro appearance, in place of Ederson.

The two teams were now very different from the ones which started the encounter, something which made it more difficult to express themselves as a collective. The Reds, in good Englishmen, refused to give up. OL finished up the match with a centre back pairing of Seguin-Umtiti, and a total of 7 players who had come through the OL youth academy. The youngsters would be able to conserve this 3-1 result despite the final efforts of Nottingham. OL got back to winning ways in their friendly campaign with a lot of application, desire and progression in the physical as well as technical domains …