OL versus Nottingham on Wednesday 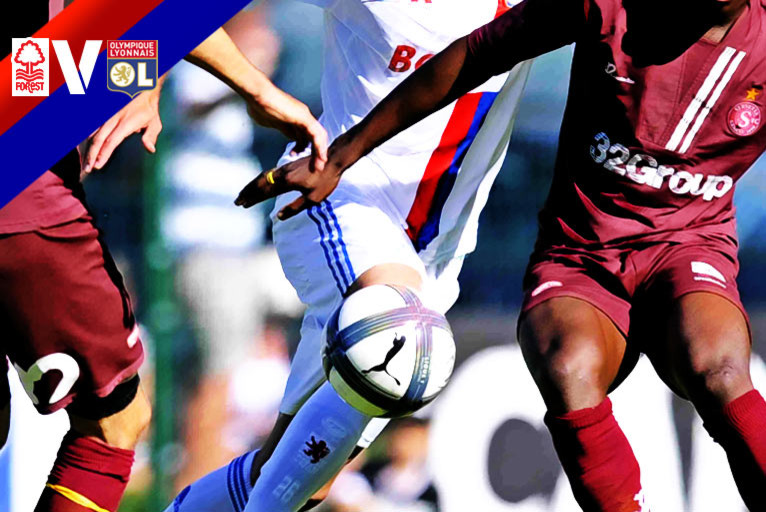 For the second time in their history, OL will play away to Nottingham, a club which was founded in 1865. On the 21st of November 95, the Olympians of Olmeta lost 1-0 in their last 16 match of the UEFA Cup. On Wednesday night, Cris and his partners will be up against an English League One side (French L2) who start their league campaign on the 7th of August against Burnley after having finished 3rd last season and just missing out on the promotion which remains the objective of the club.. «They play a typically English style game. This match will allow us to give some playing time to the World Cup players with the exception of Makoun and Bastos. In any case we are trying to give everyone time out on the pitch … ». Claude Puel certainly hopes that his side will pick up their game as they did against Juventus. “Yes, and win against a mythical club …  We are in progression, but not everything is perfect. The group is still receptive even if they are starting to think about the start top the season …” This club has, effectively, won two European Cups in 79 and 80 with their goalkeeper Shilton, Francis...and Clough the manager.

Toulalan will make his return, in training he has been playing in the centre of defence, on the left and right hand sides. “He will start the season at centre back. He brings a great deal of serenity, security, quality passing and speed. He has all the qualities necessary to have a great career in this position. ..” Claude Puel announced while news of Boumsong’s departure for Greece came out. “The player and the club have reached an agreement, but the two clubs have not spoken yet …” For the rest, the OL coach could be tempted to go with the side that will start against Monaco in the knowledge that during the Emirates Cup, he will be obliged to rotate, with two games in 24h.

Ederson, one of the in form OL players at this start to the season is happy, he has just found out that the new Brazil coach has selected him for the match against the USA on the 10th of August. « I have no words to describe how I feel. I have been waiting for this moment since I won the u17’s World Champions title... I will continue to work hard with OL… I had the coach on the phone. I know all about his managerial career, he did a lot of good work with Corinthians who he will be leaving in order to take over the national team. A new page in Brazil’s history will be written. I hope that I will be part of this adventure heading towards the next World Cup”. The former Nice player is the OL player who has fired in the most shots and scored he most goals in pre-season: 3 goals from 14 shots. «I feel good. I’ve worked hard just like the rest of the group. I want to impose, to play. Am I more aggressive in my playing style? Yes, it was very important, but all the time remaining respectful of my opponents and the game”.

Ederson, was then seen at the afternoon training session, he was just like Bastos and Pjanic working on free-kicks, which were pretty well taken. OL finished off their session with shots on goal before stretching and weight lifting. The three keepers also worked on their ball work with their feet with Joël Bats.

On Wednesday morning, the Olympian group will hit the road, and the 180kms journey, for Nottingham at 9h30, they will play the match at 19h45, local time. In conclusion, a word from the captain Cris: “everything is going well, but we will have to win on Wednesday just as we will have to next weekend …” Win, something that the group has not yet done since the game against Servette. Lyon will not be using their training field, something which will allow the site managers to fill in the enormous hole discovered on the pitch!