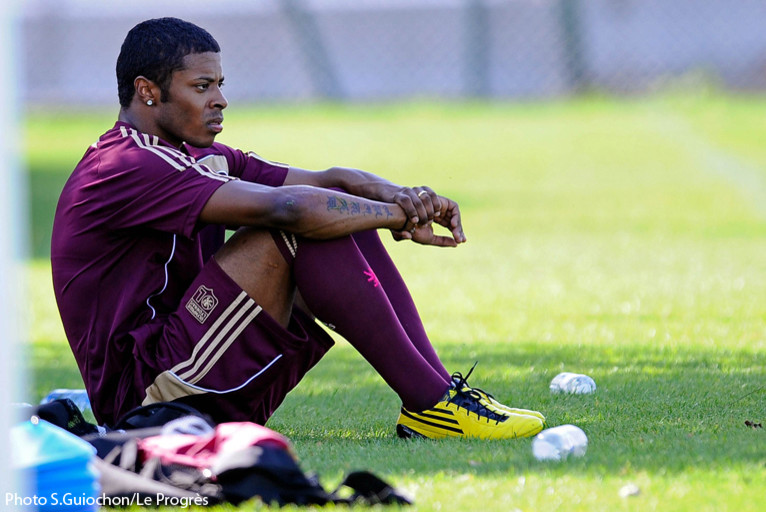 We last saw him leaving the pitch twenty minutes before the end of the World Cup quarter-final against Holland, obviously disappointed with the turn of events. “I don’t know what happened. Everything was fine at half-time. We could have been 2 or 3-0 up. We said at half time that we would have to come out strong…and then …” an elimination which brought about frustration. «When I was back in the dressing room I cried … I picked up a yellow card and almost got sent off. We didn’t quite understand all of the refereeing. I had to mark Robben and you have to be present and willing to get stuck in against him …”

Michel Bastos wanted to be part of the Seleçao for this World Cup. He was, at the post of left back. “I focused on the defensive aspects. I didn’t find it easy going forward apart from on a few occasions …”

After the season with OL and the near fifty day stay with the national team, the left sided player needed to recharge his batteries. “I was physically and mentally worn out. I played nearly all of the matches with the national team...During my vacation we didn’t move. I stayed with my family, playing with my son. I needed to decompress …” He doesn’t have too many illusions about the short term perspectives of his new international career. “The new manager will bring in other players; especially those who play in Brazil, where they are mid way through the season. I haven’t started back yet … We’ll see. For the time being, I am concentrated on my club, just as I was focused on the Seleçao over the last few weeks …”

15 goals, 7 assists, 2 952 minutes played from a possible 5 040, on the left or on the right , not always in the starting line-up … what did he think about his first season with OL? “I was satisfied. There were some good points and others that need working on. This season, I’d like to play in more assists. On the left or on the right? It is the coach who will decide. I have objectives, I know what I want to do … The group is fantastic, we want to win. If things are going well for me individually, collectively I still haven’t won anything. I came to France to win titles and I wouldn’t want to leave without having won anything …”

Michel Bastos’s good humour is back, while waiting for him to hit peak form. “Last season, I went through pre-season with OL and was in good form at the start of the season. Things will be different this time around. I don’t even know if I will play the matches in England. We’ll see … ”. We’ll see when he uses his phenomenal shooting power. He was, during the 2009-2010 season the OL player who shot the most at goal with 130 shots of which 38 were on target. A great ace to hold up the sleeve of the seven times French champions.