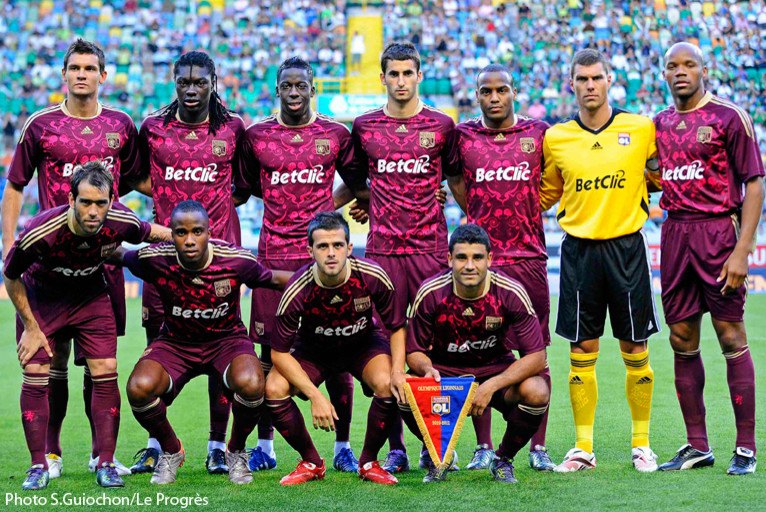 Against a sharper Portuguese side, Claude Puel'(s men were unable to finish off their chances and lost the match 2-0.

After barely three minutes of play, Tonel headed home a free-kick played in by Valdes. The Portuguese had caught OL cold. Claude Puel’s players rapidly picked themselves up, with Ederson coming close to equalising after Gomis played him in following some good work by Miré Pjanic. Following a perfectly played in free-kick, a close range header from Lovren finished its course in the gloves of Golas (12’). OL’s play became more and more cutting. On two occasions Chelito Delgado came close to breaking through, but the Lisbon keeper was in great form (16’). The Olympians were lacking in their final gesture while Paulo Sergio’s men were playing on the counter attack. The Portuguese coach started to change things around at the half hour mark. Just before half-time Bafé Gomis nutmegged his defender before firing off a cannon ball effort from around twenty metres. Tiago, who had come in for Golas in goal, punched the ball away (38’). The first half came to an end with Sporting Lisbon one goal ahead.

At the break, only Bafé Gomis came off with Kim Källström replacing him. The Swede took the place of Ederson in the midfield, while the Brazilian moved to the right hand side of the attack. Jimmy Briand was positioned at the point of the attack. The second half brought about less chances than the first. Ederson tried his best from the edge of the area but his effort flew over the bar. Rémy Vercoutre was tested by Helder Postiga and was forced to put the ball out for a corner. The OL coach decided to bring on the OL youth players with the successive entries of Mehama, Ghezzal, Umtiti, Pied, Seguin and Grégoire Puel. The Portuguese doubled their lead after a killer counter attack concluded at the second attempt by Djalo (71’). Kim Källström tried to reply from a long range free-kick but the keeper saved well. Unfortunately, the Swede was carried off on a stretcher just minutes before the final whistle, having picked up a knock to his ankle. Rémy Vercoutre dazzled us with another save in stoppage time. Despite a good first half, the Olympians still have a lot of work to do before the start of the Ligue 1 campaign.

Next match Saturday 24th of July at 20h45 JUVENTUS/OL