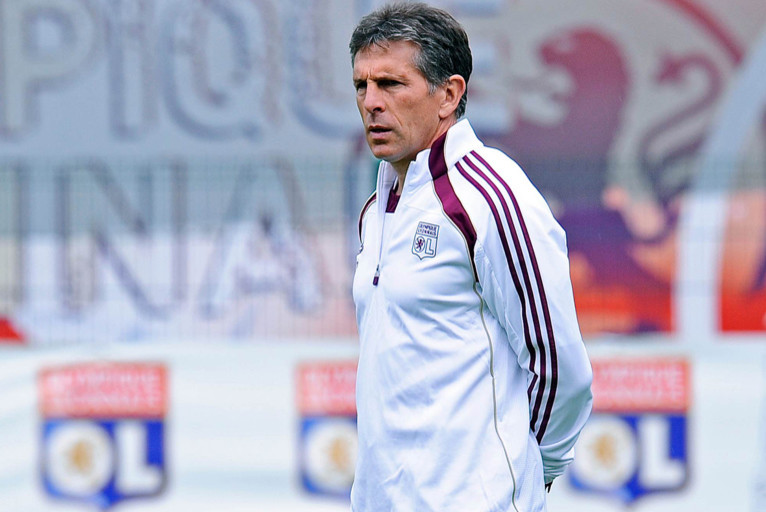 After the first training session of the day, Lyon boss Claude Puel faced up to the collected media...

From 9am on Friday morning, Les Lyonnais were already hard at work. It was a physical work out to start with two ten-minute sessions set aside for 30 x 30; in other words, 30 seconds load (running, exercises) and 30 seconds rest. Aly Cissokho was served up two minutes intensive work out followed by two minutes rest. During this time, the three goalkeepers worked with gloves coach Joël Bats. As for Lisandro, he ran with Jo Hartock.

After the hard work, it was time to play with four unguarded goals and then a long stretching session.

Then it was time for Claude Puel to front up to the assembled press. The Lyon coach firstly gave a quick medical update. “Lisandro is still treating his Achilles inflammation. I hope he’ll be back training as normal next week. We’ll see. Obviously it’s a problem because he won’t have completed the entire preseason. It was the same last season. Umtiti has a slight medial ligament strain.  We’ll see how he gets on this weekend. Belfodil has patella tendon trouble. He’s still growing.”

The Lyon squad is still without its international stars that took part in the World Cup finals in South Africa. “Les Français and Makoun will be back next Monday. Mensah and Bastos, return on Thursday, 22 July. They won’t have the same preseason preparation as the rest of the squad. We’ll try and get them up to speed as quickly as possible so that everyone is ready for the opening game of the season. After that, we’ll have to see. We will start the season with those players that are ready. I’m counting on everyone. But like always, the squad will change. I don’t know what will happen between now and the start of the season. It depends on the club and the players themselves.  OL, like most clubs, needs to reduce its wage bill. I always adapt, even if it’s not always easy because we’d like to be working with our definitive squad.”

Piquionne will likely be leaving the club soon. “West Ham and OL have reached an agreement. Now it’s up to the player to agree personal terms with West Ham. Cris? The club is in talks with his representative.”

After a week’s intensive training, Cris and Co. have a friendly match against Sporting on Sunday in Lisbon. “We’re still taking it step by step in our preseason training, whether it be physical or tactical. Everyone is listening well and most of the squad are learning fast. Despite the tiredness, we have to show that we’re progressing, just like we did in the first half against Servette. On the other hand, we made far too many mistakes in the second half. We need to show a little more maturity and lucidity...” Claude Puel will name 20-22 players for Sunday’s game.