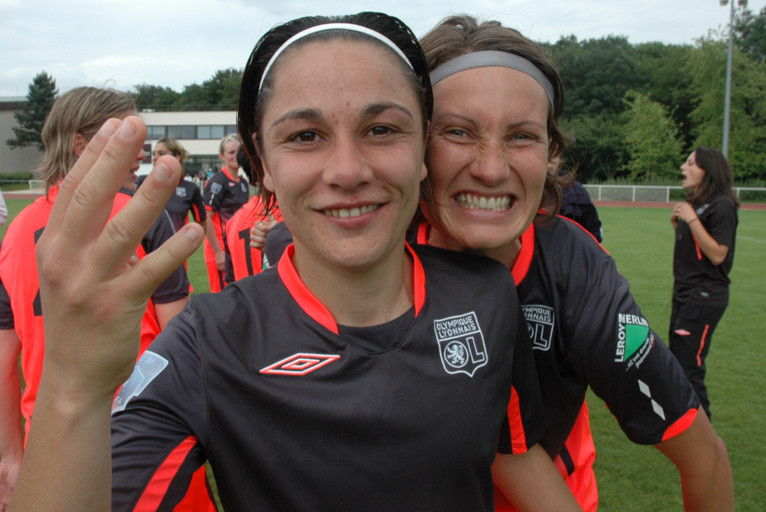 OL Women won on Sunday their fourth consecutive title of French Champions, thanks to their victory away to Montigny.

There were no surprises this afternoon at Montigny-le-Bretonneux: OL’s female players easily won their match 5-0 (Dickenmann, Thomis, Henry and two goals from Katia), taking their fourth consecutive title of Champions at the same time. Farid Benstiti’s players have equaled the record held by Toulouse, winners from 1999 to 2002. Unlucky finalists of the Champions League, OL can console themselves with the title of champions of France, also finishing with the best attack in the D1 with more than four goals scored per match. Before heading off on vacation or on international duty, the French champions will return to Lyon in the evening to celebrate their title.