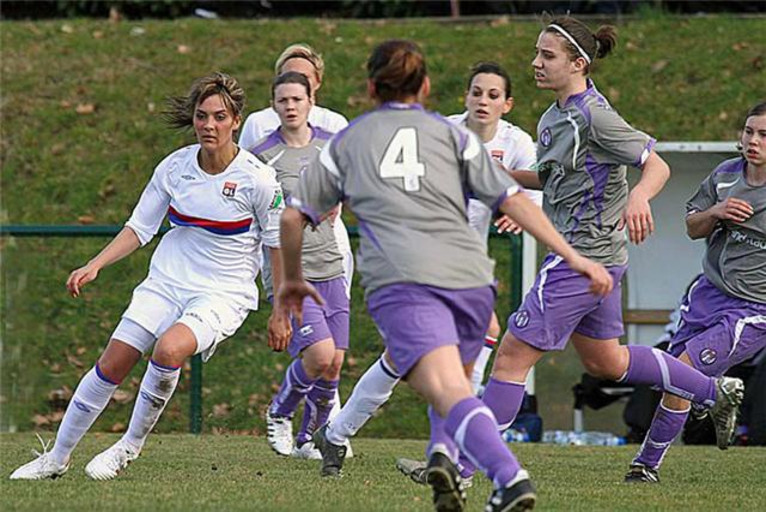 OL's women are at home to Saint-Brieuc at 15h00, at the Stade de Gerland, in the penultimate match of the D1 campaign. They have a place of leaders to defend.

Thanks to the 0-0 draw obtained against Paris last week-end, with their game in hand, OL have retaken the head of the D1 with a one point lead over Juvisy. The ball is on the goal line just waiting to be pushed over. The two final opponents of the French champions are far from being insurmountable obstacles in the race for a fourth consecutive title. This afternoon, Saint-Brieuc arrive at Gerland with the memory of a 4-1 defeat at home earlier in the season. With 70 goals conceded in 20 matches, the 9th placed side in the table will once again be counting on the exploits of their striker Eugénie Le Sommer, top scorer in the D1 with 18 goals and voted player of the season.

Despite the presence of the French international, we can imagine that Farid Benstiti’s players should win without too much difficulty against Saint-Brieuc, but that they will have to wait for the final day of the season to win the title. This is because Juvisy are at home to Montigny, the last placed side in the division and OL’s final opponent. Clear favourites, OL have the cards in hand to finish in style a season marked by defeats on penalties in the semi-final of the Challenge de France and in the final of the Champions League.