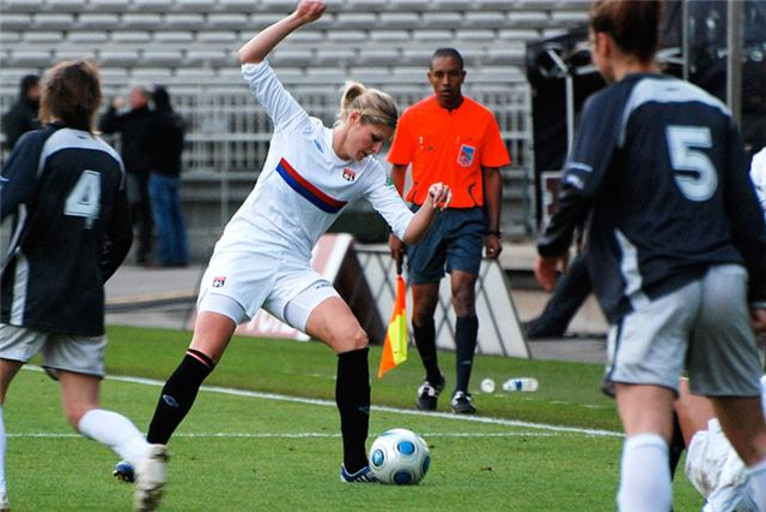 Back to the league this Monday for the finalists of the Champions League. OL's women travel to La Roche-sur-Yon for their game in hand at 15h00.

It is time to bounce back for the OL female team. After the painful penalty shoot-out failure in the Champions League final, the Lyon players have only one remaining objective: winning a fourth consecutive title of champions of France. From a final played in front of more than 10 000 spectators to a trip to the first team outside of the D1 relegation zone, the transition is brutal. La Roche-sur-Yon and their worst defence of the division (50 goals conceded) only share the same red jersey with the Germans of Turbine Potsdam.

However, the OL manager Farid Benstiti should put out this afternoon a side close to the one which started on Thursday night in Getafe. This may be to try and evacuate the frustration as quickly as possible. Only Louisa Nécib, victim of calf pains, is not in this reduced group of 17 players. Against an opponent that they overcame 9-0 in the first game between the sides this season, OL should be able to come back to within one point of the leaders Juvisy, with a game in hand to be played on Sunday in Paris. PSG, who won their first Challenge de France yesterday against Montpellier (5-0), should be the final major obstacle that OL have to get over in their race for the title and Europe. Afterwards, OL will play their final two matches of the season against Saint-Brieuc and away to Montigny, both sides poorly placed in the D1.