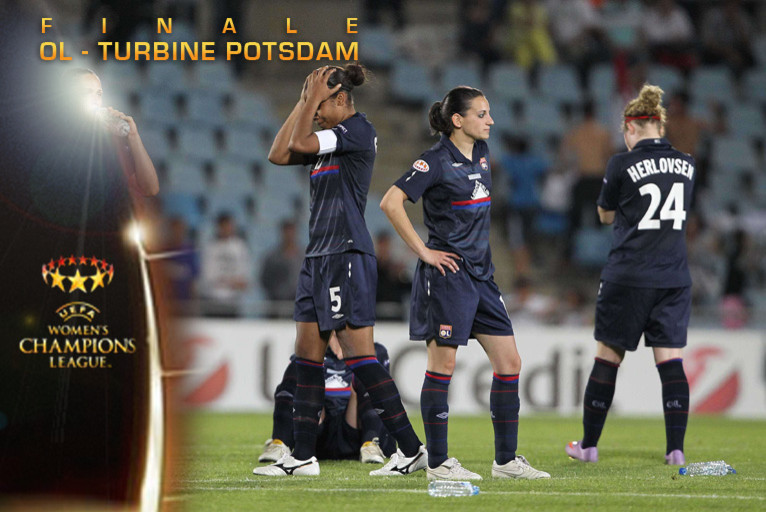 OL’s female side came so close to winning the Women’s Champions League. After 120 minutes without a goal, Farid Benstiti’s girls fell at the final hurdle, at the end of a cruel penalty shoot-out, in which they twice had the possibility of winning the game.

OL’s female side came so close to winning the Women’s Champions League. After 120 minutes without a goal, Farid Benstiti’s girls fell at the final hurdle, at the end of a cruel penalty shoot-out, in which they twice had the possibility of winning the game.

The European crown seemed destined for them after Sarah Bouhaddi had managed to save two out of four German penalties, but neither Henry, nor Herlovsen were able to put away the winning goal. The effort onto the crossbar from Thomis definitively wiped out OL’s hopes.

Over the 120 minutes, the French champions came very close to opening the scoring, in the image of the free-kick from Nécib, as powerful as it was distant, which hit the crossbar of Sarholz (15’). In the second half, a number of fantastic saves from Bouhaddi were needed to maintain the suspense up until the penalty shoot-out. If, on the night of the most important match in their history, the OL players can have some regrets, it is down to the start of the encounter which they dominated without being able to find an opening. From the edge of the area, Stensland was unable to hit the target (17’). The German keeper then pushed away efforts from Henry (25’) and Renard (29’).

In the first half, only Bajramaj brought about any pressure on Bouhaddi’s goal, forcing her to rush out (27’), then hitting a free-kick which went agonizingly wide (35’). The main danger in this German side took advantage of the fatigue of the OL players as the game went on, the German striker ideally playing in one after the other Kemme (60’) and Kessler (64’) whose efforts found Bouhaddi and the stand of the Alfonso Perez stadium. In the space of one minute, Dickenmann (78’) and Necib (78’ and 79’) carved out the only OL chances of the second half. But, it was Mittag who almost wrapped up the encounter, her effort only managing to find the post (83’). Oderbercht thought she had managed to open the scoring, but Georges was opn hand to save OL (91’) before Bouhaddi won her one on one with Kershowski (102e).

Over the course of a stressful period of extra-time, during which the OL players had to play beyond themselves in order to make the penalty shoot-out, Mittag fired a shot wide (108’), as did Dickenmann (95’) who then saw Sarholz save her low effort (112’).

At the end of the penalty shoot-out, the OL players saw their European dreams fly away. A cruel disappointment when victory seemed to be a possibility. It would be safe to say though, that they will have other opportunities to reach the summit in Europe.