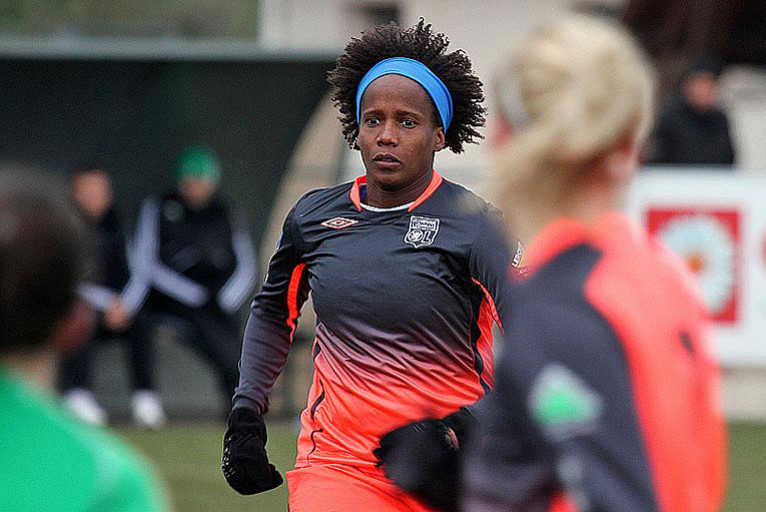 OL's women travel to Nord Allier this Sunday at 15h00, for a game in hand. Their objective is to get back in touch with the first and second place.

Just 11 days before their Champions League final, OL’s female side will, this afternoon, be playing the first of their three games in hand in the D1. Away to the side currently in 5th place, Lyon can, if they win, come back to within 5 points of the leaders Juvisy and 4 points from second placed PSG.

Farid Benstiti’s players have done reasonably well against Nord Allier this season. In the first league game between the sides, the French champions won 4-0 thanks to goals from Laura Georges, a Belin own goal, and two from Katia. OL then confirmed their domination in the last round of 32 match in the Challenge de France, winning 9-1 at Yzeure with four goals from Sandrine Brétigny.

In this penultimate match before the final in Getafe against Turbine Potsdam, OL need to win this encounter to stay in the race for the title in the league, but also maintain the current quality play and avoid injuries. In view of this, Louisa Nécib and Amandine Henry who played for France during the week, will be rested at Nord Allier. Laura Georges is still suspended.