Turn it all around! 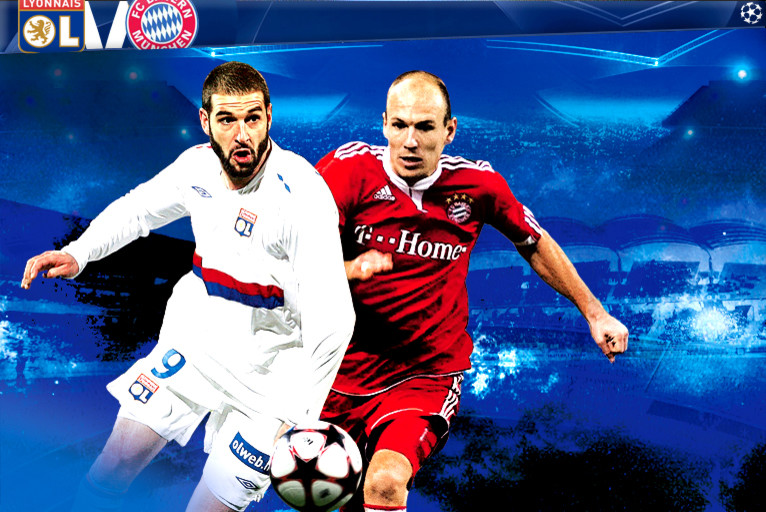 OL are on the road to Madrid. The time has come to achieve the greatest exploit in the history of the club and that at home in the Stade Gerland ready to blast off to seventh heaven…

The day is coming ever closer. Questions are met with questions. Fear moves to optimism. Everyone is looking for something positive to cling to. Thoughts turn to the disappointing performance from OL and the 1-0 defeat leaves them more chances than the famous 42% given out by the statistics. Only losing 1-0 in Munich, is a good result in view of how the match went.

OL can not do any worse! The team has been able to rest since this tiring journey. Certainly, they have lost the indispensable Toulalan, but they should recuperate Boumsong. OL have their backs to the wall, a wall that needs to be overcome to continue the road to Madrid. This team has often responded present with their backs to the wall. “We need a different attitude and a change of tactics …” . Lisandro set the tone last week during the press conference. He has called upon the team’s spirit on their capacity to take the game to their opponents and not endure as was the case at the Allianz Arena. OL need to turn themselves in to an intelligent tornado, taking risks without putting themselves in danger. Show they go all out from the kick-off to make up their handicap? Should they take their time? The eternal dilemma … Will Claude Puel decide for the 22nd tie in a row to start with a 4-4-3 formation or will he choose a different option which could place Lisandro out on the left with Gomis in the centre, could he start with a 4-4-2? The right solution will be the one that triumphs!

Bayern played on Saturday and conceded a draw which allowed Schalke to draw level with them in the league. With two matches still to go, the title race is far from over. Could this destabilize Van Bommel and his team-mates? The Bavarians arrive at Gerland with this one goal lead, full of the confidence endemic in German football. They are strengthened by their past and present performances. They have, for example, always scored away from home on the continental scene, 58% of their goals! They have always won the first leg of their ties since the last 16 and have been able to endure in the second legs before scoring the goals that sent them to the next round despite their defeats.  This team has a solid mentality, they use the immense experience of a club that is playing in its 21st European semi-final. Certainly Ribéry is suspended. Certainly De Michelis and Van Buyten have picked up knocks, but they have recuperated the tenacious Van Bommel, the hard man of the midfield that the OL players know well.

Each camp believes, logically, in their chances. Everything can change very quickly in this encounter. Playing the return game must, incontestably be a plus for Cris and his partners. The city of Lyon and Gerland are ready for an exploit, for this historic moment. We can remember a number of great moments in this ground … Hamburg twice, Olympiakos, Celtic Glasgow, Lens and the famous return leg against Bruges with a hat-trick from Sonny Anderson and this tight qualification at the end of the match. But, a qualification on Tuesday night would quite simply be better than anything that went before. So, players and supporters let’s turn everything around!