A first leg to negotiate well 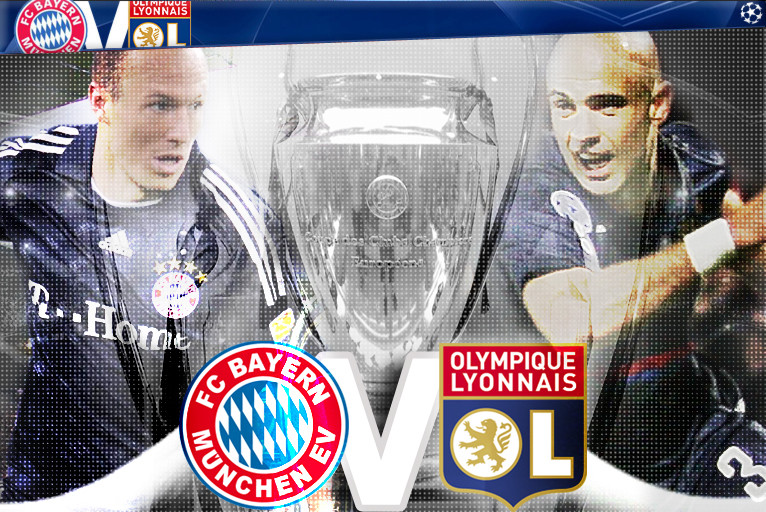 OL will have to be wary of the Bavarians who are in great form at the moment. With the return leg to be played at Gerland, Cris and his team-mates will be looking for the performance which will put them in the right dispositions for a qualification...

First of all a reminder: in the quarter finals, all the teams that qualified for the final four were already qualified at the end of the first 90 premières minutes. Depending on whether you are playing at home or away to start with, ambitions are not necessarily the same! When you travel there is the famous away goal which can be of great service in the return leg …as long as you do not receive a thrashing, obviously. OL know this, as do Bayern.

OL are in Bavaria to face Bayern. An in-form Bayern, they won 7-0 this week-end in the league, as Ribery’s club can still manage the triple. This Bayern side who were not playing particularly well at the start of the season, have refound their colours notably with the comebacks of Robben and Ribéry; the departure of Toni for AS Roma not penalizing at all the team. Certainly, the post of goalkeeper is still to be successfully filled and the defence has been leaky on a number of occasions, without forgetting that Van Bommel and Badstuber will be suspended for the first leg. With their capacity of scoring a lot of goals, as they did against Fiorentina and Manchester United, they have a good chance of qualifying. Possessing a steely mentality, as they are at home, Bayern have made the difference at the end of their matches or in stoppage time and on their travels, they were able to come back after falling heavily behind.

OL put in a solid performance in Bordeaux coming back from behind on two occasions with the possibility of making the difference. They will play their first ever Champions League semi-final with the, supposed, advantage of playing the return leg at home. There can be no question of thinking too hard or laying low. Everyone is in agreement that OL have as much chance as Munich to qualify. They will have to be wary during these first 90 minutes, keeping an eye on the « pests » Robben and Ribéry, all the while knowing that they will have a chance to score. The seven players who are under the threat of suspension will have to be careful if they want to take part in the return leg. These seven players will surely be a handicap for the seven times French champions.

How will Claude Puel set his starting line-up in the knowledge that Boumsong and Bodmer will be absent. What will the midfield look like? Will Lisandro be apt to play after the knock he picked up on Saturday in Bordeaux? Will the Olympians sit back and wait for the Bavarians setting up a web over the pitch? There can exist initial intentions and the reality of the match which can change plans … 90 minutes to negotiate well in order to continue dreaming of Madrid on the 22nd of May.