A look back on a historic qualification 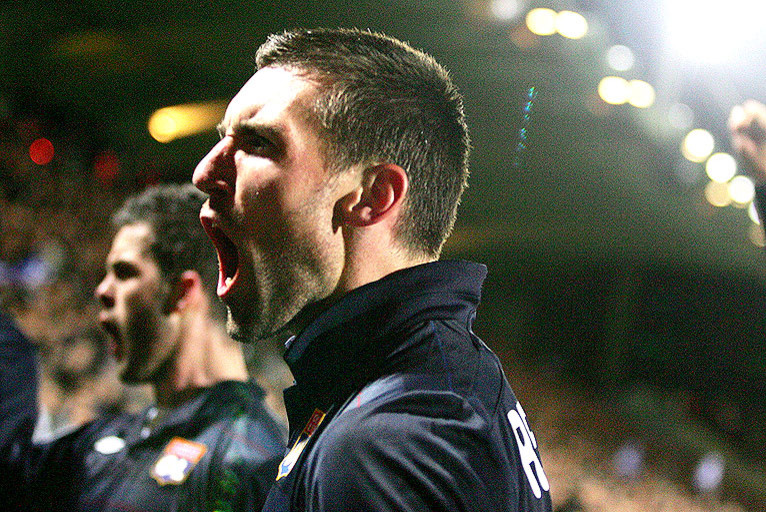 OL have "finally" made it to the last four of the Champions League by winning the Franco-french confrontation with Bordeaux. Over the two games, OL can be thankful for the goalkeeper Lloris son gardien…

Without him, the seven times French champions would certainly have been less content on Thursday. Immense on two occasions during the first leg … Immense on Wednesday towards the end of the encounter. When the native of Nice did not get out his magic gloves, he was reassuring in each of his interventions. In both matches, he was also lucky enough to be saved by his crossbar. Everyone agrees that OL owe him a great deal since his arrival at the club. The joy aimed at him by his partners at the end of the match at showed just how much they were grateful for his performance.

Magnificent on the pitch and of it as his serene, lucid and collective post match declarations showed. Hugo does his job, and just his job. He works in order to progress, always progress. He admits an important save but manages to find the words to describe it without blowing his own trumpet. He instantly accepts a mistake that was made. This 23 year old is quite simply surprising and endearing. Just like when he declared in the mixed zone on Wednesday night. « We cannot forget Karim Benzema and Juninho in this qualification… ». The collective, the history of the club are stronger than anything. But we want to tell him that he is the best. Which guardians of the temple can claim to be better than him at the moment? At his level you can count them on one hand, but stronger…?  Thank you.

Lloris was well seconded by the Captain Cris. The Brazilian has for a long time been a solid wall of concrete. He appreciates this qualification at its real value, he who went through the failures against PSV Eindhoven and AC Milan. Réveillère, was already there against Porto! A thought also has to go out to « Sid » Govou, who has gone through everything with OL since the turn of the century, but who was suspended on Wednesday night. What happiness, also, for those who have just arrived at the club and the youngsters who have come through the youth system.

Happiness for the manager Claude Puel, who finally goes into the history books at the club. It is, effectively, his first big victory with OL, awaiting others. HE has achieved more than Paul Le Guen or Gérard Houllier in this competition. Happiness for the club, the supporters. A very special happiness for the President Jean-Michel Aulas who must be ever more dreaming of taking this magnificent cup, a cup that has never been so within reach during the 22years of his presidency.

Lyon have qualified. They will face Bayern Munich, a club that they know well. Unfortunately, qualification has come with a heavy disciplinary price. Before the first leg away to Bayern Munich, 7 OL players are under the menace of a suspension: Pjanic, Toulalan, Gonalons, Cris, Cissokho, Källström, Delgado. It will be complicated for all of these players to avoid another sanction.

Before Wednesday the 21st of April, OL return to the league where their daily grind, which should lead to another ticket for the Champions League at the end of the season, kicks back in with a difficult opponent. The « Dogues » of Lille arrive at Gerland on Sunday, then Lyon will have to return to Bordeaux …  What a programme!