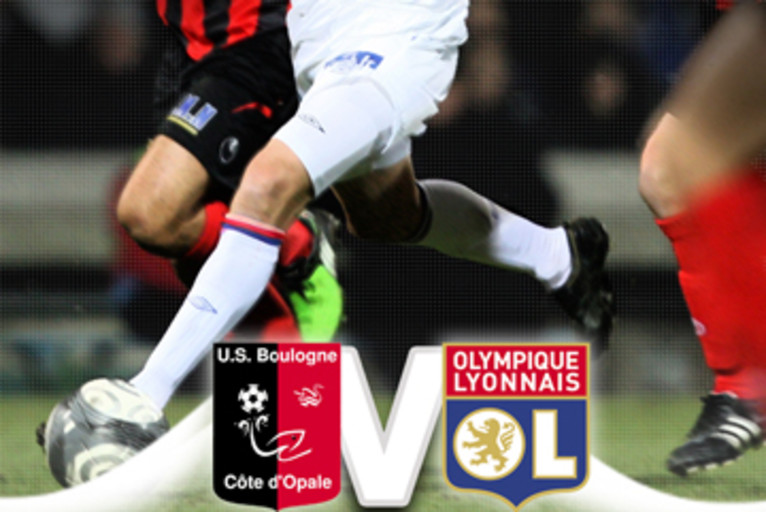 Against a side that came up this season but who are in dire straits, OL need to continue the form of their recent performances despite a week of work disrupted by the absence of players on international duty...

Nobody would understand if the seven times French champions did not win at the Stade de la Libération on Saturday. The reasons are multiple. This OL side has been in seductive form over the last three matches. They are back on the podium, even if OM can move above them by winning their game in hand. This OL side has pulled back 11 points on Bordeaux since the start of the return phase, even if the champions have two games in hand on OL. OL possess the capabilities and experience that Boulogne just do not have, 15 of their 32 players only just discovered the L1 this season. Laurent Guyot, the manager, is also making his first steps amongst the French elite.

On paper, OL are great favourites and are expected to continue their run if invincibility of this start to 2010 in the league and haul in some more precious points in the quest for their ambitions. A success in style just 4 days before the return leg in Madrid against the mythical Real would also be a good way of preparing a historic exploit. Certainly, the OL squad has been dispersed this week because of international duty. Some played a lot, some a little and some not at all, with long or less long trips. This should make Claude Puel rest the players who have been solicited the most. With the treatment room just about empty and his desire to use the entire squad, the starting eleven will almost surely be different from the one that began the match against Nice and the one which will start at the Bernabeu. The return of Delgado would be a good bet, for a player in need of match time.

If OL « do not have the right » to a slip-up in the north, Claude Puel considers that OL no longer have any jokers, do Boulogne still believe they can avoid relegation with a 10 point gap between them and the first team in safety? For the manager Laurent Guyot, the challenge is plain for all to see: “we need to win 8 out of 12 matches…”. In other words to avoid relegation. These would seem to be complicated when after 26 matches you possess the worst attack and defence, only managing three wins! Certain players have said they just want to profit from the experience, to give some pleasure to their supporters … If this side has not won in 11 matches taking only 4 points, they come into this match on the back of a light defeat in Monaco (1-0) where they deserved a lot better. The team has recently received the reinforcements Kapo and Bellaïd, but will still be without their striker Thil. The side can also still gain a little happiness in the Coupe de France where they are still in contention and could make the last four.

This cup style match would seem to be one sided. It is up to the Olympians to be wary whilst using their form of the moment which has inspired confidence.