Not the moment to lose your nerve.. 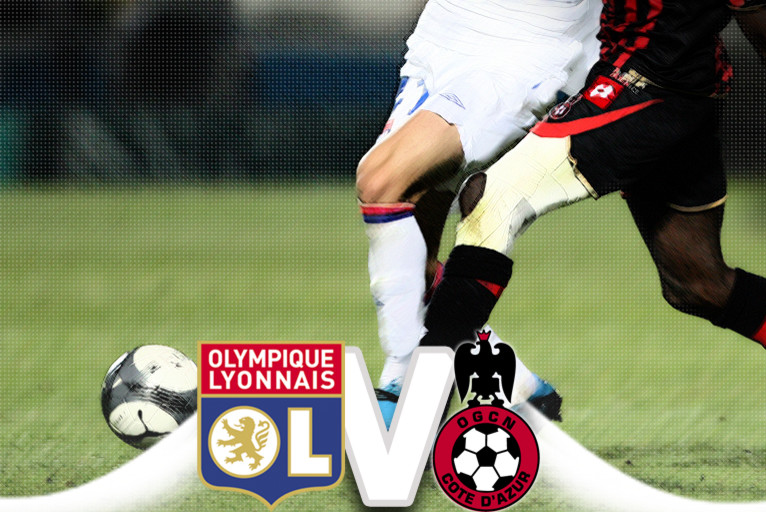 At home to Nice on Saturday, OL have the chance to continue their road to the podium. A Nice side that are fighting against relegation with a number of former OL players in their ranks…

20 points and 13 places separate Lyon from Nice! If the former are fighting for a place on the podium or better, the latter are in a relegation battle with Le Mans and Saint-Etienne. Their objectives are complete opposites but both push the players to give their best. Each time they play, these two sides play as if it was a cup match.

Nice have been in trouble since pretty much the start of the season. One statistic explains their situation: the 12 points taken from 12 possible between Week 10 and 13, which means that they were in great difficulty before and after this period. 8 points were taken from the first 9 matches. Then 6 from Week 14 to 25! Apart from this run of four victories including the first match against OL, Ollé-Nicolle’s men have been in relegation form. The African Cup of Nations did not help the club, nor did the long suspension of Bagayoko. During the winter transfer window Civelli and Digard came in to reinforce a squad that the manager has modified since the start of the season.

With a 6 point lead over the team in 18th place, Nice have their destiny in their hands. They will have nothing to lose at Gerland and will certainly play the counter attack with the notable presence of the former OL player Loïc Rémy at the point of their attack. Poté and Diakité are suspended and Cantareil is injured.

Convincing winners over Real and Sochaux, the seven times French champions cannot allow themselves to lose their nerve right now. Claude Puel has reminded everyone of the objectives of the moments: « remain on the trajectory that we have started, not descend below a certain level of play … The objective of the moment is to get back onto the podium ». A podium which is only one point away at the time being. If the OL players do not feel too threatened by the match against Nice, the Lyon manager has thrown out a warning. « This match against Nice will be the most difficult one we have to play in between the two games against Real ». A revenge match on Saturday, how could anyone forget the heavy defeat 4-1 suffered last October?

Just hours before they « lose » 10 players to international duty in the middle of next week, Claude Puel will be spoilt for choice as he decides on his starting line-up. Apart from Delgado, Cléber and Clerc, no other absences worry the manager. So, changes or not? It would be a safe bet that the first eleven will be different from the starting line-up seen at Sochaux. That would keep the entire squad on its toes, in order to add three points to the 16 already taken since the start of the return matches.