On the hunt away from home 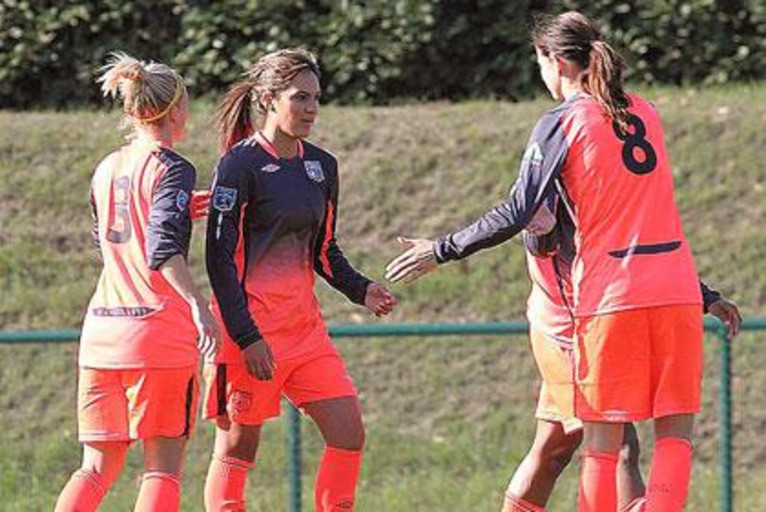 OL's female side travel this Saturday (17h00) to Nord-Allier with the aim to keep the pressure on the league leaders PSG.

After a first success of 2010 away to Saint-Brieuc (4-1) last week-end, OL’s female side have continued their run of 4 away victories in a row. Their objective remains the same: take as many points as possible and hope that PSG slip up, a PSG side who are in first place in the table with one point more than OL and who travel to Soyaux on Sunday.

In the Yzeure, Farid Benstiti’s plmayers are going to be up against one of the better sides in the division. Nord-Allier are in 5th place at the moment behind PSG-OL-Juvisy-Montpellier. The team-mates of the former OL player Emilie Gonssollin have only lost this season to the top four sides, including a sever 4-0 last Sunday in Paris. 4-0, was also the score against OL during the first round of matches. The triple French champions made the difference thanks to goals from Laura Georges, a Coralie Belin own goal and two goals from Katia.

This afternoon the OL coach will be able to count on the return of Wendie Renard and Lotta Schelin (injured before Saint-Brieuc) and Louisa Nécib (suspended for the last 4 matches), but will still be deprived of Sarah Bouhaddi (ligaments), Sandrine Dusang (Achilles tendon), Simone (ankle), Amandine Henry (rest) and Sandrine Brétigny (muscle strain).