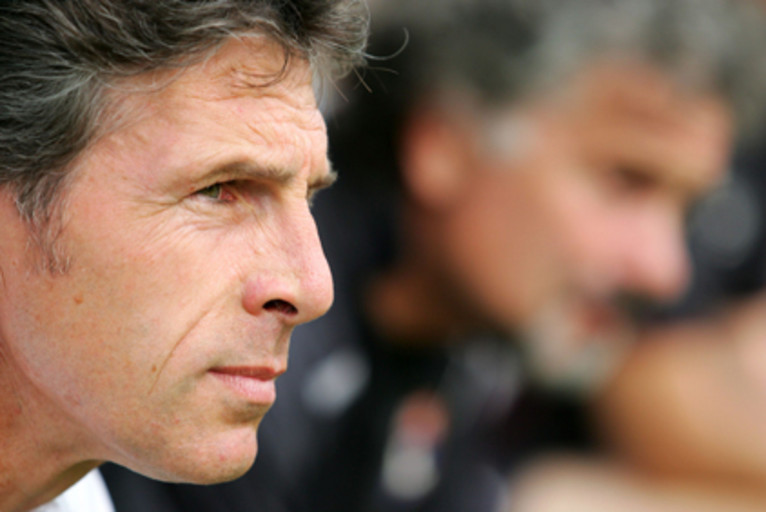 After training this afternoon, Claude Puel looked back on OL's 2-1 defeat against Monaco yesterday and also spoke about the trip to Lorient for the quarter-final of the Coupe de la Ligue on Wednesday.

There are some small knocks, Aly Cissokho and Sidney Govou, we’ll see how they are tomorrow, as well as Miralem Pjanic. Mathieu Bodmer, Cleber Anderson and François Clerc are all out. Cris is suspended. For Mathieu Bodmer, we’re taking the time to let his muscle repair itself.

At the final whistle, your president complained about the refereeing. Did it have an effect on the match?

Our first half was a good solid performance with a lot of quality before we let ourselves go after the penalty. Afterwards we got ourselves back into the match and could have scored a winner but we lacked concentration. It’s a shame as that penalised the performance over the entire match. Aly was given special treatment but that’s just how it is. The penalty was the turning point of the match. It got Monaco going, we then got frustrated after this poor decision and lost the plot a little. Instead of staying concentrated we got annoyed. Just like Bordeaux’s goal against Marseille, these things happen. But, we had the chance to win.

After four wins in a row, has the defeat against Monaco marked a real stopping point?

Not necessarily. It’s disappointing as the Coupe de France was an objective. Even if it would have given us a lot of matches, it was good for the squad to be playing on all fronts. Il y a donc une grosse frustration. Now we have to bounce back.

What did you think of Dejan Lovren’s performance?

He put in a a good performance. It was his first match since the 17th of December. He hasn’t done much training and doesn’t speak the language. I was satisfied with his performance.

You made six changes between Lorient and Monaco. Why?

To keep everyone involved. After the match, with hindsight you can say that it wasn’t the best thing to do, but I don’t think that we sullied the Coupe de France.

What do you think about the schedule of the Coupe de France and the draw which designed Bordeaux as opponent of the winner of your match before it was even played?

It’s a little stupid. We were playing and already knew who our next opponents were, we didn’t know who was in the first and who was in the second round.

Would you like to see the Coupe de la Ligue disappear?

I don’t particularly want to speak about the Coupe de la Ligue, because we are going to play it and give our all right to the end. It’s a great competition but the schedule is already over flowing. I liked the way the Coupe de France used to be, with two legged matches, just like England, Spain or Italy. It’s less organized here, and I like things that are fit.

Are you expecting the same type of match as last week against Lorient on Wednesday?

I hope not, in any case not the same first half. It’s a different match and it won’t be easy. On a heavy pitch we will have to work hard. We won the first leg and everything is to play for in the second. Fitness is going to be important, maybe decisive. When you are called upon so often, you cannot play every three days with the same team. It’s impossible.

It already had the same importance as the Coupe de France. It doesn’t have any more now. We aren’t thinking about Sunday’s match against Paris. We have a semi-final to play for and that is what is of interest to us right now.