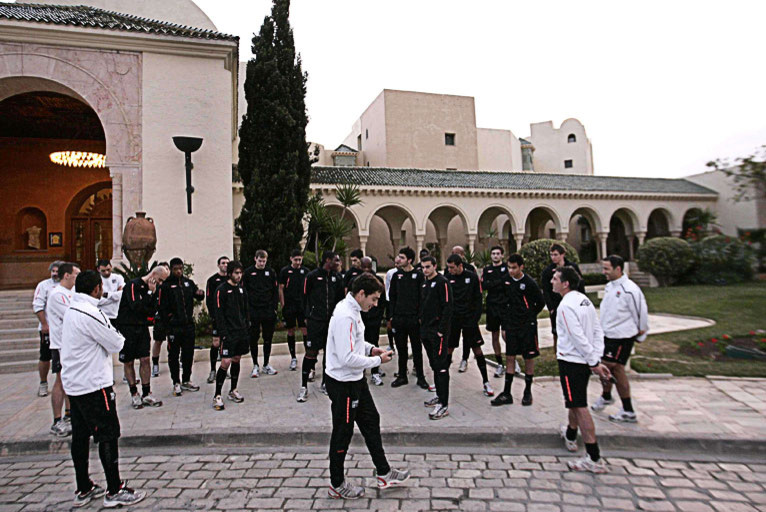 The OL squad got back to work this Saturday, heading for Tunisia...

21 players, 12 members of staff and 3 directors were due to meet up on Saturday morning at Satolas. The OL group were heading for Tunisia, for a training camp which will include a friendly match on Wednesday night against Club Africain as part of the centenary celebrations of the club.

Take off 9h 30. An incident free flight passing by Corsica before flying over Sardinia and then landing at the Tunis Carthage airport at 11H00. After a morning down pour the roads were wet, but the temperature was at 15° with sun and wind. During the flight, some remembered how they come to Tunisia before for training camps, like Georges Prost with Monaco or Bernard Lacombe in 1997 when he was OL’s manager.

21 players from the 24 expected. Ederson joined up with his team-mates directly in Tunis. Delgado and Bastos will rejoin the group at the start of the afternoon. There were obviously demands for photos and the presence of the television channel of Club Africain.

Cris and his team-mates will kick-off this afternoon at around 16h00 with some light jogging leaving from their hotel, situated a stone’s throw from the beach. They will then head for the weights room, there is no use in adding that the programme will gain in intensity...