For the delight of Pjanic 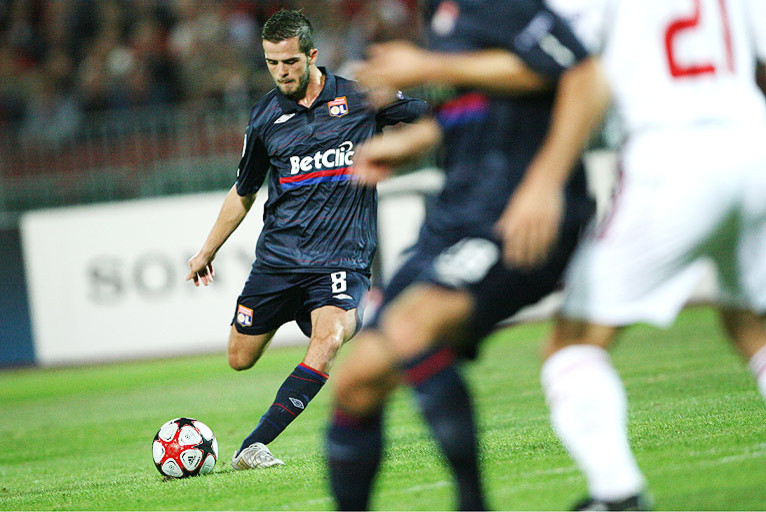 Despite the non-qualification of Bosnia for the World Cup, Miralem is delighted to be playing more for OL this season …Without considering that he has arrived. You can see this interview on OL System Europe in Barth’s programme…

Monday night, 21h00, in the salons of the Hotel where OL are staying in Florence...

At 19 years of age, the young  « Miré » is the only player in the squad to have taken part in all 19 matches since the start of the season with OL. He knew that he had played the games butr was unaware that he was the only one. «It’s true, I’ve already played more than I did last season. I’ve never doubted. I’ve always worked hard and will continue to do so. I’m very happy at Lyon. I love the club and the people involved with it. I appreciate the faith that the coach has shown in me … And when I’m on the bench at the start of the match I accept his decision, even if I want to be in the starting line-up for every match».

« I need to perform better in order to help the team in the same way that « Juni » did. I also have to adapt to the ball … »

On Tuesday he may start against Fiorentina. He has already scored three goals in Europe this season, including one against the Italians in the match at Gerland. He played in two decisive passes in Budapest against Debrecen, without forgetting all the rest. « My game? I like to have the ball at my feet. I always ask for it. I like to play off quick passes and finding the right solutions. My position? Midfielder, either behind the striker, or as we often play, in a three man midfield. I don’t forget that I have to work on getting the ball back, but I feel free. I feel much more at ease than I do on the flanks ». And the set pieces? «I’ve scored twice from free-kicks. But, I need to work on finding my team-mates from these set pieces. This ball, he has troubl with …I need to perform better in order to help the team in the same way that « Juni » did. I also have to adapt to the ball … ».

A goalscorer in their first encounter, « Miré » once again mentions the importance of finishing first in the group. « It’s important for reasons that everyone is aware of. I think it will be complicated against Fiorentina. For the mooment we have always stood up to be counted in the Champions League. Is the accumulation of matches complicated, is it difficult to move from one competition to another, to play just after a mini-break? Yes, because there is fatigue, because the squad hasn’t been able to train together. But we have to do better than we did against Grenoble… ».

Miralem, who came back from Bosnia without a ticket to the World Cup. « Of course I’m disappointed. We weren’t able to find the solutions against Portugal. I think we missed an opportunity in Portugal. In the return leg, we played too long. I was a substitute in the first leg but came on, in the second leg I started the match ».

Finally, the young Bosnian confirms, that he feels the OL squad of this season is more homogenous, less dependant on the talent of one or two players as was the case with Juninho and Benzema « we counted on them too much ». «I hope that we will get past the last 16 in the Champions League … ». It would help get over the disappointment of Bosnia’s failure for this hard-working, ambitious and talented youngster.