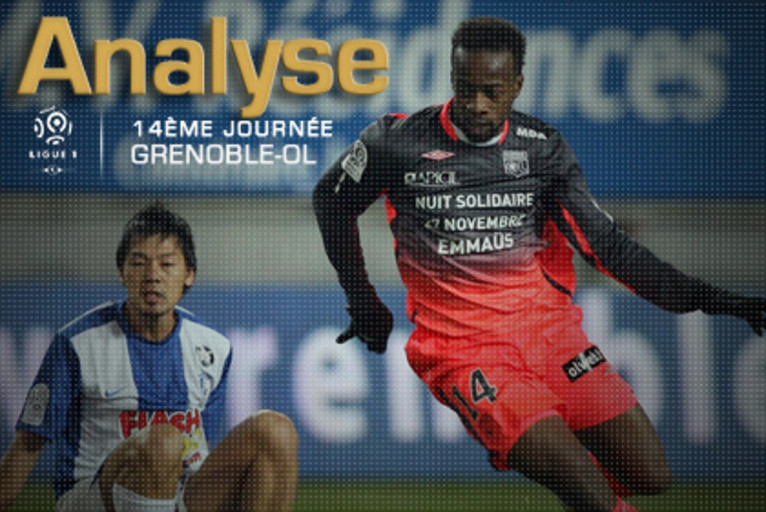 Not in great form, OL still managed to open the scoring through Chelito Delgado. Paradoxically, it was with numerical superiority that Claude Puel's men were pegged back.

Claude Puel had to face this « little » derby between Grenoble and OL, which also marked the return of Jean-Alain Boumsong. The OL coach also had to deal with the absences of Toulalan and Cissokho. It was a timid Olympique Lyonnais who kicked off the match at the Stade des Alpes. Delgado replied to a Matsui effort by carving out a chance for himself, but on the whole the two keepers were barely worried. A few moments later OL conceded a corner which was almost fatal, but happpily enough the header from Juan crashed into the crossbar. After twenty minutes of play, Cris énd his team-mates had not been able to put Grenoble in any sort of danger. Given a rough ride, OL were however able to create a superb chance through Govou, after some fantastic work by Chelito Delgado (33’). Throughout the first half, Lyon were dominated in their duels and the level of desire shown, by a Grenoble sidethat had nothing to lose.

The start of the second half did not appear to be any more positive. Despite an effort from Kim Källström, Grenoble were not given anything to worry about. Claude Puel threw on Bafé Gomis and from that moment OL seemed to get stronger. From a ball slid in by Kolodziejczak, Gomis played the ball back to Delgado who opened the scoring (66’). The match exploded into life, and for a bad tempered gesture, Laurent Courtois was sent off by the referee Mr Turpin. Just afterwards, Ljuboja took advantage of a long pass to break away from Cris and Boumsong, firing home an equaliser. Bastos and Pjanic then came on for Kolodziejczak and Ederson. Lisandro tried his luck from long range but was unable to find the target. Despite numerous efforts in the last few minutes