Claude Puel and the month of October 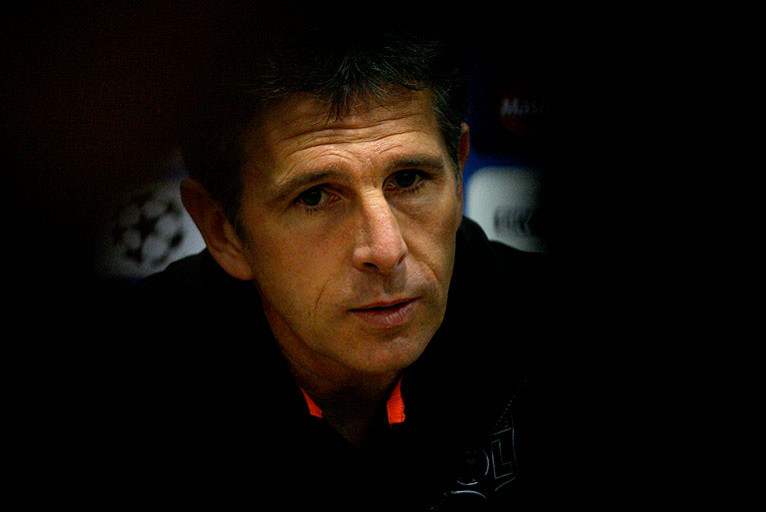 The OL coach looks back on a special month of October, marked by the first two defeats in official matches, but also the great performances away to Liverpool and Saint-Etienne. A review to be ofund next Monday on OL System...
OL went through a very busy month: five matches were played between the trip to the Stade Bollaert of Lens on the 3rd of October and the away match at Geoffroy-Guichard against Saint-Etienne on the 31st of October. Five matches with differing scenarii. « We will keep in mind taht we lost the first two matches during this period. It’s obviously annoying, confides Claude Puel, but we cannot compare the defeat to Sochaux to the one against Nice. More than anything it is our defeat at Gerland against Sochaux which I find hard to accept. We had a chance to take a four point lead at the top of the table. At the end of the day we showed a face that I did not expect to see. »

The OL coach did however have some good evenings over the course of the month: « Against Lens, we were able to stand up and be counted with a modified team, just a few days after a Champions League match. » Lyon also won two other away matches: « At Anfield, we put in a great performance. The players put in a great second half, it was a top level performance in regard to theri approach, the content and the manner of the victory. That night, the whole team was on the same wavelength. »

If this isn’t the manager’s first top flight victory on the European scene (also at the Stade de France against Manchester United and at the San Siro against AC Milan), he admits that this exploit on the 20th of October was quite special: « The scenario wa smagnificent. We were in good physical form, the players showed their character and the substitutes all brought something to the game. »

Claude Puel is also happy to have on the derby, his second success in as many trips with OL to Geoffroy-Guichard: « After two defeats in a row in the league, the squad showed that they had not been affected. At the end of a difficult first half, the players were able to play themselves out of trouble and take a legitimate victory. Bafé Gomis’s winning entry into the match is symbolic. »
Facebook
Tweet
Forum