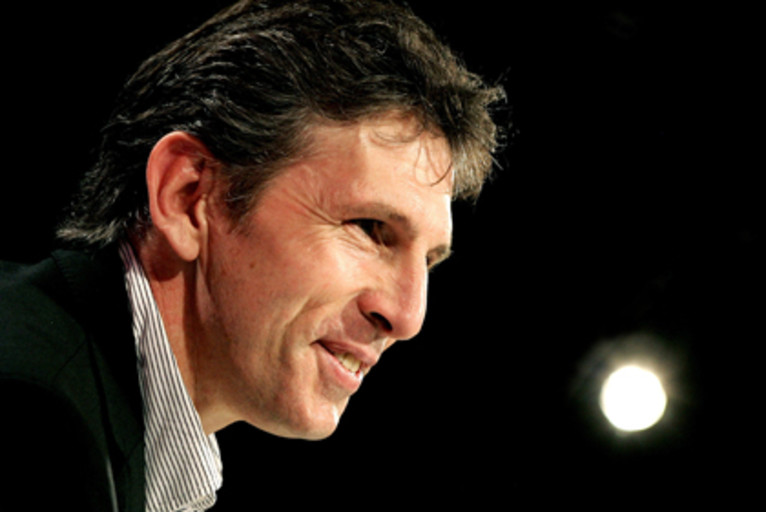 Claude Puel spoke to the Press this morning, he mainly talked about the situation of the recently injured OL players.
Kim Källström: He is out of the friendly match against Italy as he has a problem with his groin muscle. We’re going to take advantage of this period to get him back to fitness. He will make a return trip to Sweden to see the new coach, Erik Hamren, but, medically, he cannot play. He is in training here, but it is very light.

Jérémy Toulalan: He got through the last match (against OM), with his force of character. I’m keeping an eye on his situation from afar. I don’t know if he will play against Ireland on Saturday, but what is certain, is that there will be a few questions about what state he will come back to us in. In view of what we have coming up afterwards, it could be problematic, but right now it is up to the staff of the national team to see if he is fit enough to play or not.

Mathieu Bodmer: He is back with us and his continuing his programme.

Jean-Alain Boumsong: He played yesterday with the reserve team and will play again on Sunday. It’s about time that he came back. I didn’t want to use him against Marseille, in order that he be able to play these games with the reserves, so that he could get some rhythm, habits and to be available for the trip to Grenoble. He played intelligently yesterday, he did what he had to do without going overboard. Anthony Réveillère: He will be having a check-up scan tonight.

François Clerc: He has started working on the bike, we will then start him off running and see how he gets along.

[IMG50014#C] In hindsight, what is your analysis of the match against OM?
I enjoyed the match. In view of the character that we showed and the goals we scored, I thought it was magnificent. Our fifth goal, for example, was fantastic. It would have gone in against any defence. The coaches have been painted as characters that stop the teams really playing, but the first thing I did when I returned to the dressing room was to congratulate the players as I felt they were fantastic. In difficulty, they showed a great force of character, they didn’t accept defeat and managed to get back level. We were disappointed as we were 5 – 4 up in the 85th minute, disappointed to drop two points from a little mix-up. But when you look at the content of the match, and we won’t see ten more like it, it was unbelievable. That is all down to the desire of the two teams to play, to let go and to try and make the difference.

Are the defenders to blame?
From a defensive point of view, we weren’t really in any great difficulty. We didn’t leave them huge spaces to play in. There weren’t even any big mistakes for the goals. The only problem is that we conceded two goals from set pieces. We need to be more rigorous and disciplined. We were a little weak physically, but to be in form for set pieces, you have to be lucid and fresh. After 35 – 40 minutes, we had dropped back too much, and at the start of the second half the team seemed to be very tired. The players who came on brought a lot to the team.

How did Hugo Lloris react to conceding 5 goals?
He was over by the end of the encounter. From Cheyrou’s shot, the ball was « alive » as we say: it flew all over the place. I don’t see how he was at fault for the other goals. On top of that he was in great form throughout the game and pulled off some superb saves: there is no reason to point the finger at him.

What is your opinion of the last week of competition?
We played three very different matches. We went and won away to Saint-Etienne, against a very good side, we put in a good performance especially in the second half. Three days later, we managed to qualify against Liverpool after a match which was physically and emotionally tiring. Afterwards, there was the match against OM, between two title contenders. It was a very physically and mentally intense week, but we stood up to be counted. As far as I’m concerned it was a very interesting week.

[IMG50014#C]
The OL coach concluded the press conference with a reaction to the headline in L’Equipe which, in today’s edition, titled, above a photo montage of Raymond Domenech alongside the Irish players, « Their chance, is him » : « I find it scandalous that in France such a headline could be published just before such a match against the Irish, that we give our opponents something to hold on to , he declared. I found it of very poor taste. I give my entire support to the team and the staff. Using the words of a guy who often uses controversy is not serious. We all have to be behind the French team, and the French team includes the players and the staff. »
Facebook
Tweet
Forum