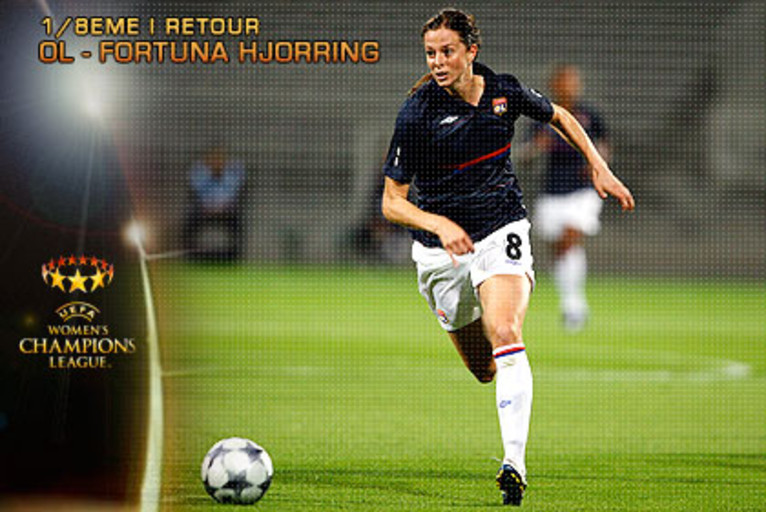 OL's female team are going into their Champions League last 16 return leg with great confidence. But against Fortuna Hjorring on Thursday, the OL front line, led by Lotta Schelin, will have to be efficient.
Farid Benstiti’s players pulled off a good result bringing back a 1-0 victory from Denmark last week. But, against a good Hjorring side, Lyon could have ade life easier for themselves: « We had the chance of making the break quickly in the match but we lacked a certain amount of realism . Against a well disciplined side, we were put in difficulty afterwards. Fortuna organise thier play around their striker, who tries to deflect the ball to the wings. We had a few scares with their shots onto the post and a disalloiwed goal in the last minute », analyses the OL coach.

In the meantime, OL’s women’s team had the chance to finetune their automatisms by thrashing Juvisy 6-1 on Sunday at Gerland. Associated up front, Katia and Lotta Schelin hit the opposition hard, both players scoring three goals. For the Swede, the hard work is finally playing off: « It is always very important for a striker to score goals. Even if we lacked efficiency at the start of the season, we still managed to create chances thanks to our movement . On Sunday, success came back to the side. » The lack of realism should be taken with a pinch of salt when you realise that the women have scored 38 goals in 9 matches in all competitions. In other words an average of 4 goals per match!