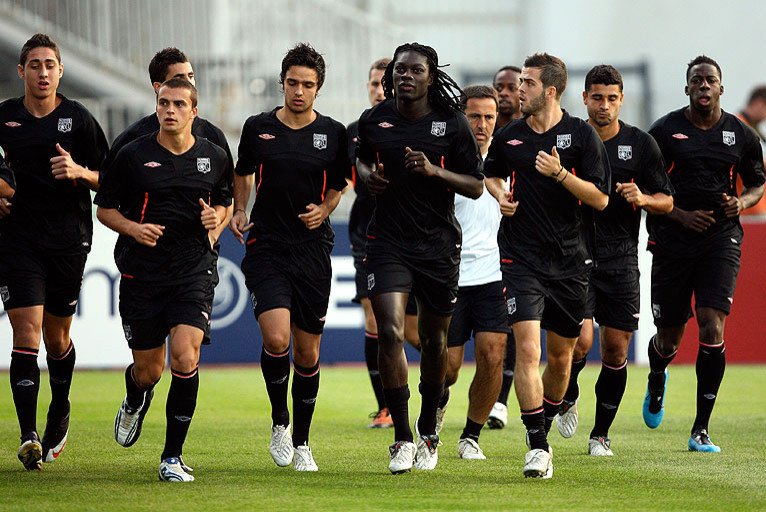 A number of players in both camps have taken part in all of their club's European matches, so far, this season...
LIVERPOOL

Gerrard, who will be absent on Wednesday, has scored 32 goals, a record for an Englishman in this competition, alongside Shearer. Kuyt has scored 19 goals, Babel 11, Torres 10.

19 players used by Claude Puel. 8 players have taken part in all 5 encounters: Cissokho, Cris, Källström, Lloris, Makoun, Pjanic, Réveillère, Toulalan. Cissokho, Cris, Kâllström, LLoris, Réveillère and Toulalan have always been in the starting line-up. Lloris and Réveillère have played every minute of all 5 matches.