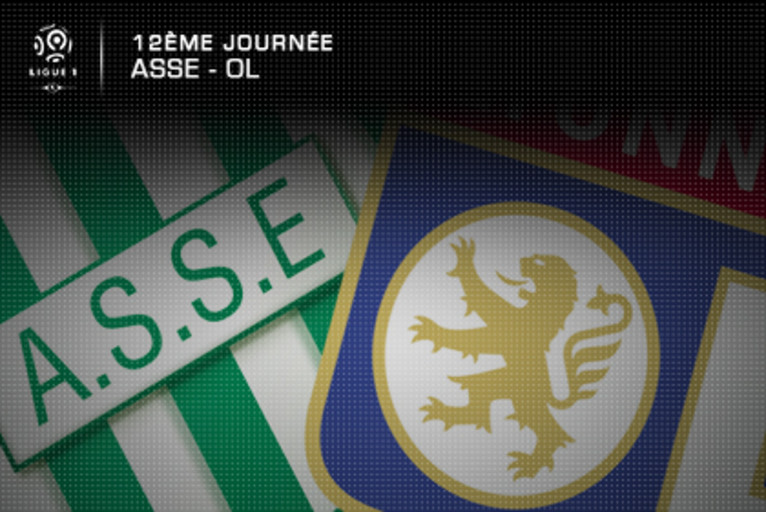 Both teams are on the back of two defeats in a row and are in need of points for different reasons. OL wil start, at Geoffroy-Guichard, a crazy trilogy of matches...
Will the Saint-Etienne supporters once again go home disappointed ? That would mean that OL would have continued their series of invincibility in the derby, making it 20 matches wince the famous 6th of April 1994, date of the last ASSE victory! This derby, even if it doesn’t have as much flavour as in yesteryear, remains a special rendez-vous , especially when the two sides come into the match on the back of two consecutive defeats and are in need of points to remain in contact at the top of the L1 (OL) or to get out of the relegation zone (ASSE).

If Saint-Etienne are not expected to finish on the podium, or even in a European spot, they need to put in a better performance than last year when they only saved their place in the L1 on the last day of the season. Unfortunately, they started this new season with a number of counter performances dropping 11 points at home from 18 possible, certainly they were hindered by the late arrival of a number of new recruits (Sanogo, Bergessio, Fernandez) and by a number of injuries. Will the derby give them an energy boost? The goalkeeper Janot will be hoping so, as he has never won « this match of the season » in 9 attempts!

OL are on a run of two defeats in a row in the L1 without having shown a great deal of play. « « We need to make up for the points dropped against Sochaux and Nice… ». The captain Govou set the tone at Thursdays press conference. Before adding: « the league is what is important , we mustn’t forget that. The derby? There are all the ingredients that I appreciate … ». OL dropped 6 points in two encounters seeing Bordeaux and Monaco move ahead of them in the table. A third defeat in a row would really make a mess, on top of the notion of regional supremacy. This hasn’t happened to OL since … the end of the 92-93 season!

And, this derby arrives just before the return match against Liverpool on Wednesday night and the home game against OM on the 8th of November. A crazy trilogy which may give a better idea of where the OL squad are, a team that has a lot to win, but also lose in the space of 8 days. Boumsong and Bodmer, pon the way back or still in treatment, will not be back to help out Cris in the centre of defence. Toulalan will, once again, step into the breach. Afterwards, Claude Puel, depending on the form and health of the rest of the squad, may or may not have the choice for his starting eleven. If he has a choice, Lloris and Källström should make their return. There could also be some other changes, starting places for Bastos, Ederson, Delgado, Clerc…, after the heavy defeat to Nice, while hoping that Lisandro and Gomis find their shooting boots after 4 matches without scoring!

This 98th derby brings up a lot of questions. So, it is welcome, in order, we hope, to bring some positive replies … about the OL squad.
Facebook
Tweet
Forum