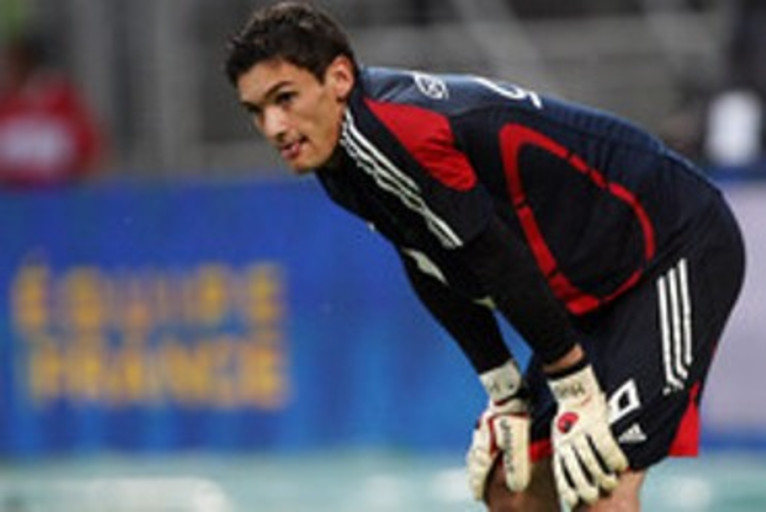 This week-end, seven OL players are involved in the eliminatory matches for the 2010 World Cup.
On Saturday, France are up against the Feroe Islands in Guingamp, at the Roudourou stadium (21h00). If first place in the group seems to be out of their reach (France are in 2nd place, 4 points behind Serbia), Raymond Domenech’s men have to win in order to retain second place and the possibilty of a qualifying match. Hugo Lloris is out through suspension following his sending off against Serbia, but the other OL players, Jérémy Toulalan, Sidney Govou et Bafétimbi Gomis are all apt.

Kim Källström and Sweden have an extremely important match this Saturday in Copenhagen against Denmark (20h00). The Swedes, second in the group are only two points ahead of Portugal, must win if they do not want to see Cristiano Ronaldo and his team-mates close in on them. A task which looks to be difficult, especially as Denmark can qualify if victorious.

On their side, the Bosnia of Miralem Pjanic head to Talinn this Saturday (18h00) for their confrontation with Estonia. If they win, the Bosnians, who are second in their group, four points behind Turkey, would make it to the qoulfying match for the 2010 World Cup, before their trip to Spain on Wednesday. Suspended, « Miré » Pjanic will not make the trip.

Finally, in the African qualification zone, the Cameroon of Jean II Makoun receive Togo on Saturday in Yaoundé (15h30). If they are victorious, the Indomitables Lions would make a big step towards South Africa, before a complicated trip to Morocco on the 14th of November.
Facebook
Tweet
Forum