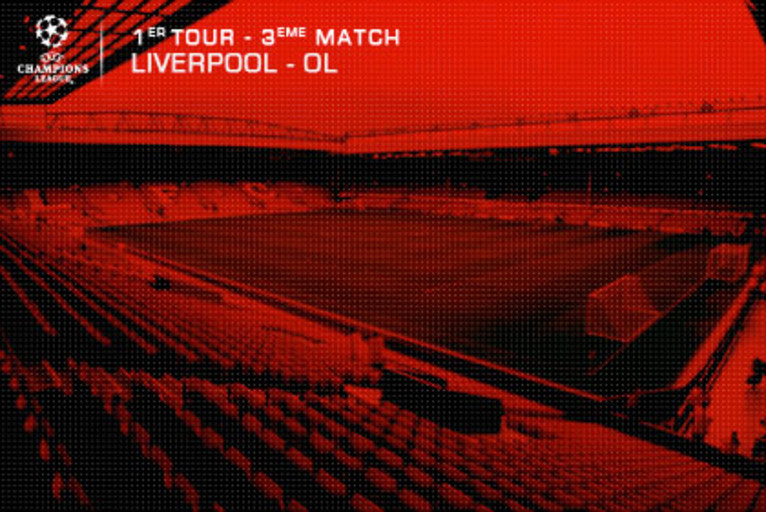 Among the most famous grounds in the world, Anfield is not to be missed.
The stadium of the « Reds » was opened in 1884 (Everton were the tenants at the time). Its capacity has constantly evolved, even climbing to 60 000 places, before being reduced. Today, Anfield can hold 45 362 spectators.

This ground is most well known for it’s atmosphere and the famous « Kop » which holds more than 12 000 « Scousers » (the name given to the people of Liverpool). Gérard Houiller, ex manager of Liverpool states: « Anfield is fantastic and the supporters are the best in the world! They love their team, but more than anything beautiful football … ». A feeling that is shared by Grégoire Margotton, journalist at Canal+, « The stadium in itself isn’t very impressive, but very human. When you get inside you can feel that something will happen and that there is history … And when the singing starts, it’s incredible! »

Outside of the ground, the references to the past are numerous. Apart from the memorial to the 96 victims of the Hillsborough tragedy, a huge gate called « Shankly Gates » pays homage to one of the clubs greatest managers, Bill Shankly. The inscription and club motto « You ‘ll never walk alone » can be seen above the gates.

But, soon Anfield will make way for a new ground: the Stanley Park Stadium. Even if the project has been delayed, it could be finalised by 2012. More than 70 000 places are planned, only a few metres away from Anfield…
Videos