After the win against Debrecen 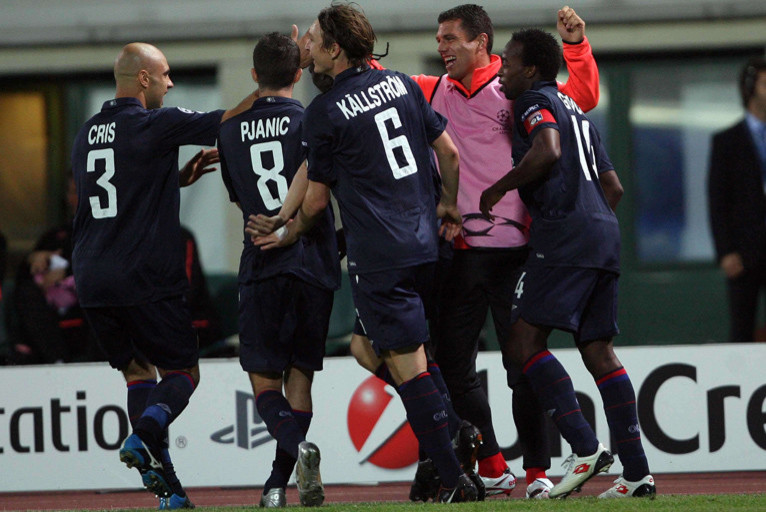 OL are still unbeaten in 11 matches this season… set pieces are once again very profitable to the side…
1... For the first time this season, OL fionished a match without one of their new recruits.

1... Like the first match in the Champions League for Kolo who came on for Cissokho during the second half.

1... Like the first goal of the season for Govou and Källström.

2... The number of direct free-kicks scored by Pjanic on the European scene this season.

3... The number of goals scored from or following set pieces in Budapest: one free-kick and two goals after corners. OL were less on form since the start of the season, than in the past, in this domain. In 11 encounters, the ratio of goals scored like this has gone up to 31% (38% in the CL and 23 in the L1).

3... Like the number of goals frome direct free-kicks: Lisandro against Le Mans, Pjanic against Anderlecht and Debrecen.

3... The number of goals scored by Pjanic in the Champions League: Anderlecht, Fiorentina & Debrecen. The Bosnian has hit the target with 5 shots since the start of the season (in all competitions)… he has scored 4 goals!

3... Or the number of plaers having played all 4 Champions League matches in their entirety: Lloris, Réveillère and Cris. Lloris is the only member of the OL squad to have played every minute of all 11 matches.

3... Like the 3rd minute, the moment when Källström opened the scoring in Budapest. The quickest goal scored by this OL side version 2009-2010.

5... For the fifth time this season OL kept a clean sheet.

10... Or the tenth different starting line-up put out by Claude Puel in eleven matches.

10... Like the number of goals scored in the Champions League by Sidney Govou after his effort on Tuesday night.

75... The total number of goals scored by Govou in an OL jersey.