Take out an option? 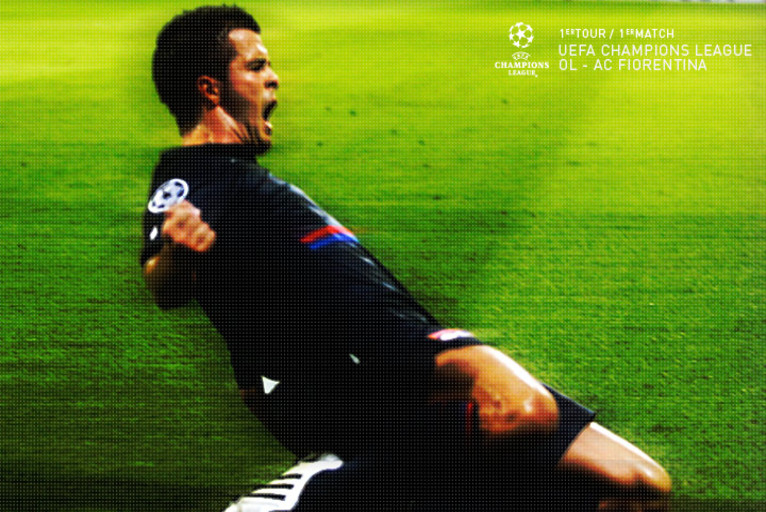 There are a number of manners in which to qualify for the last 16 of the Champions League, starting off quickly is one of them....The match against Fiorentina on Wednesday night could put OL on the right track...
Since Lyon have acquired the habit of making it to the Spring still in the elite European competition,there progress has been more or less easy by achieving qualifictaion on the night of Week 4, 5 or even 6. By winning in the first match against a direct opponent for qualification, alongwith Liverpool, things would be a lot easier. In these conditions, it would be a surprise that OL have forgotten the date of the 17th of September 2008 and a 2-2 draw… with Fiorentina. This draw forced them into a decisive match in Week 5 on the pitch of the « Viola », happily enough they negociated this game majestically.

[IMG50129#R]Starting off well and why not taking out an option for the future, these are the goals for the seven times French champions who will be up against a revamped Fiorentina side. Some big names have left , Melo, Kuzmanovic, Zauri, Almiron… they may also be without the Romanian Mutu, and maybe the experienced C. Zanetti, one of the new recruits. The club coached by Prandelli did not really reinforce themselves, as far as their supporters are concerned they are even weaker now. Thankfully for them, the defence can still count upon the French keeper Frey, on Dainelli, Gamberini… and the attack on the formidable Gilardino, with his strong aerial game, which was shown once again by the goal he scored on Sunday against Cagliari.

This Fiorentina side who do not strike fear do, however, deserve the greatest respect just like any other experienced Italian side, they are unbeaten in five matches this season, but did suffer in the Champions League qualifying match against Sporting Lisbon.

[IMG50128#L] OL are still unbeaten after 7 matches including two easy games against Anderlecht in the CL qualifying round. A stronger OL team, according to the players themselves, have the chance to mark their territory if Lisandro is over his injury, if Bastos can light the fuse again, that the international players have recuperated well enough, if Lloris, as usual when need be, has a firm hand … or if the errors that have been noted recently can be wiped out. There can be no question of taking their time to get into the match, no question of loosening the pressure durng the encounter. No question of letting slip the marking of Gilardino… like last season!

Apart from Boumsong and Cléber, Claude Puel can count on his entire squad which will of course give him a headache when selecting his midfield and forward line. Will Lisandro and Gomis be lined-up from the starting whistle? And in what formation? Will Govou start and in place of who? Can Pjanic be put into the starting line-up?

OL will start their 10th campaign in a row in the UEFA Champions League. More than ever they carry high hopes of getting out of the group stage. All they have to do is carry them out …
Videos