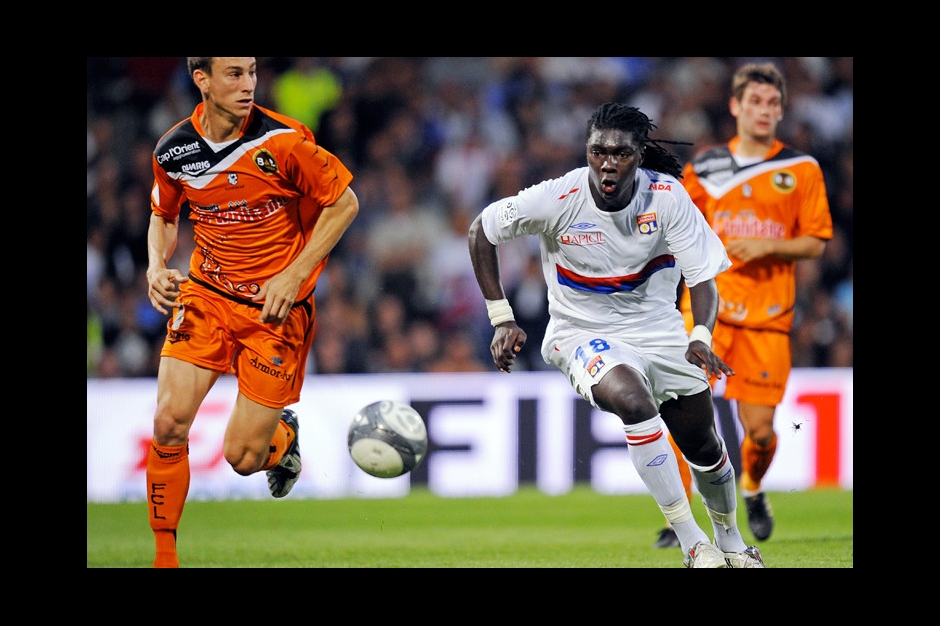 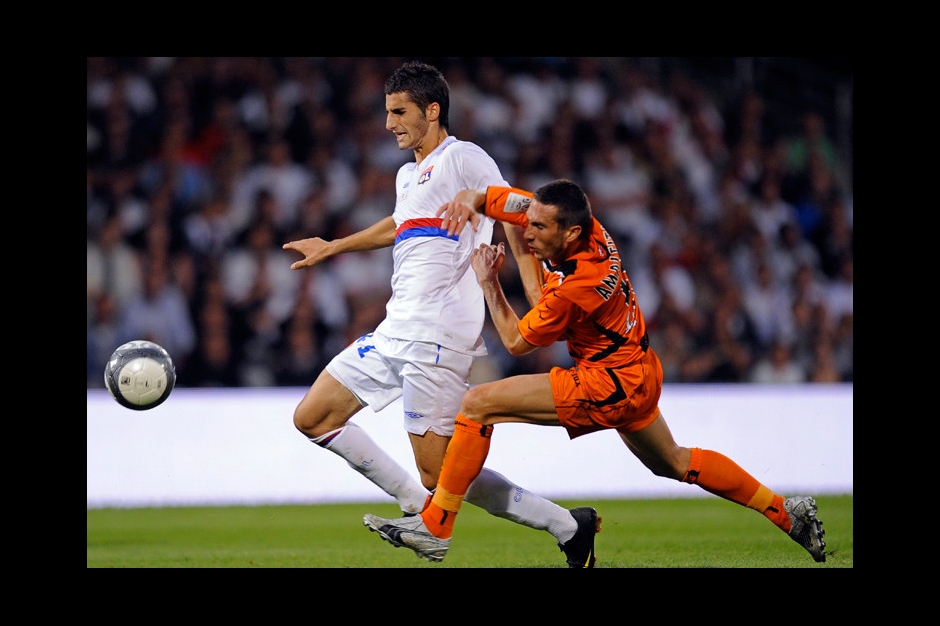 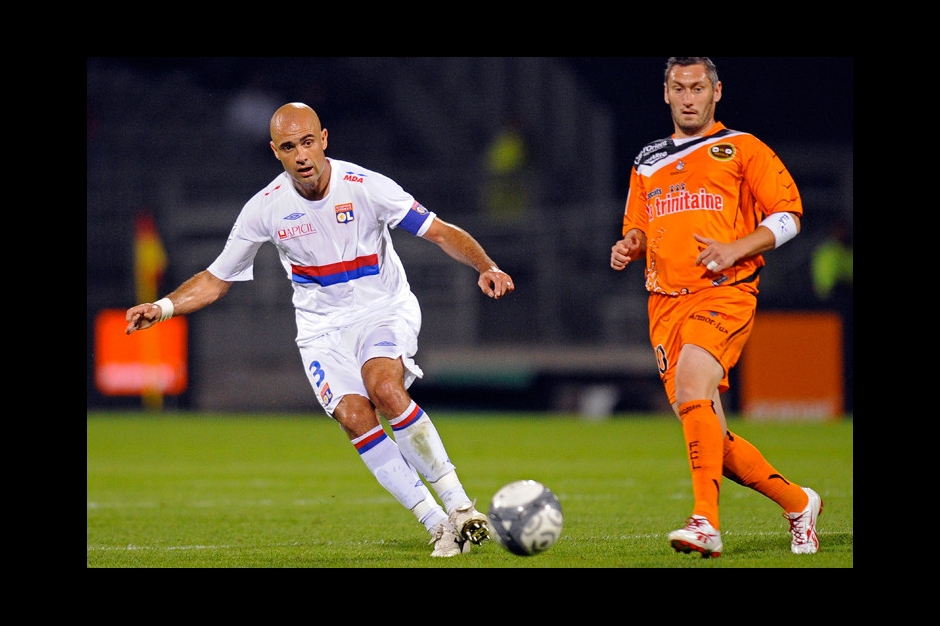 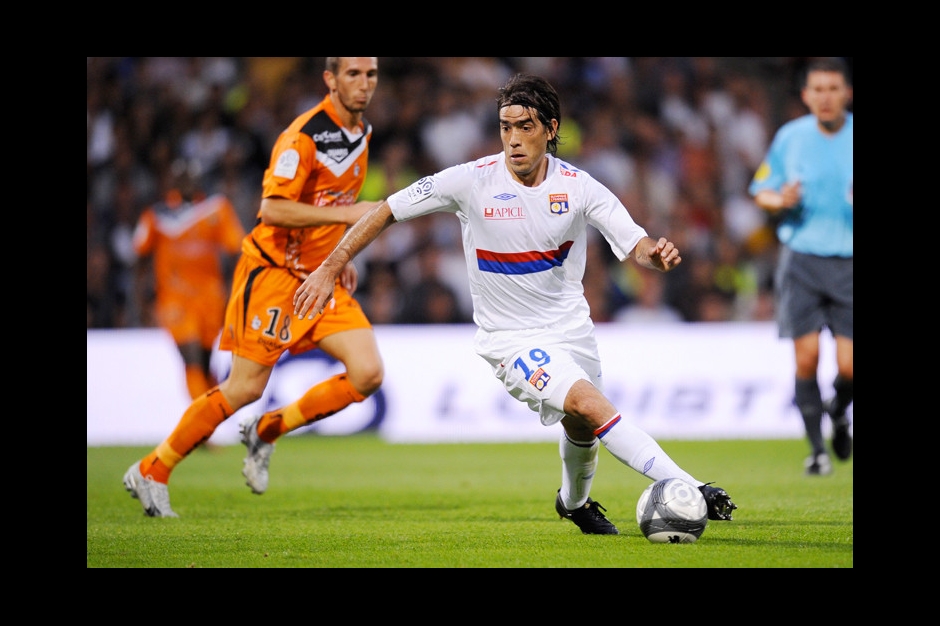 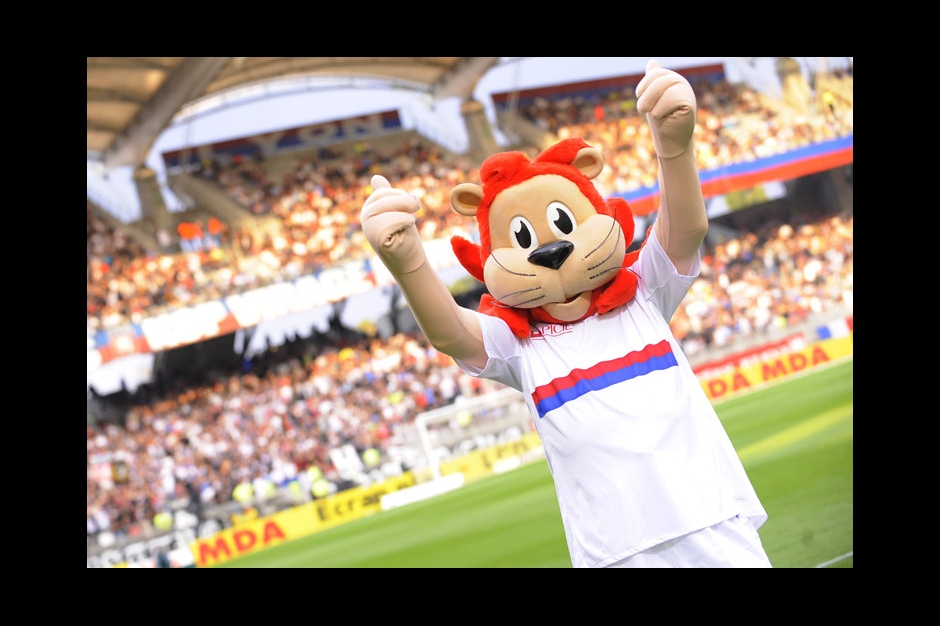 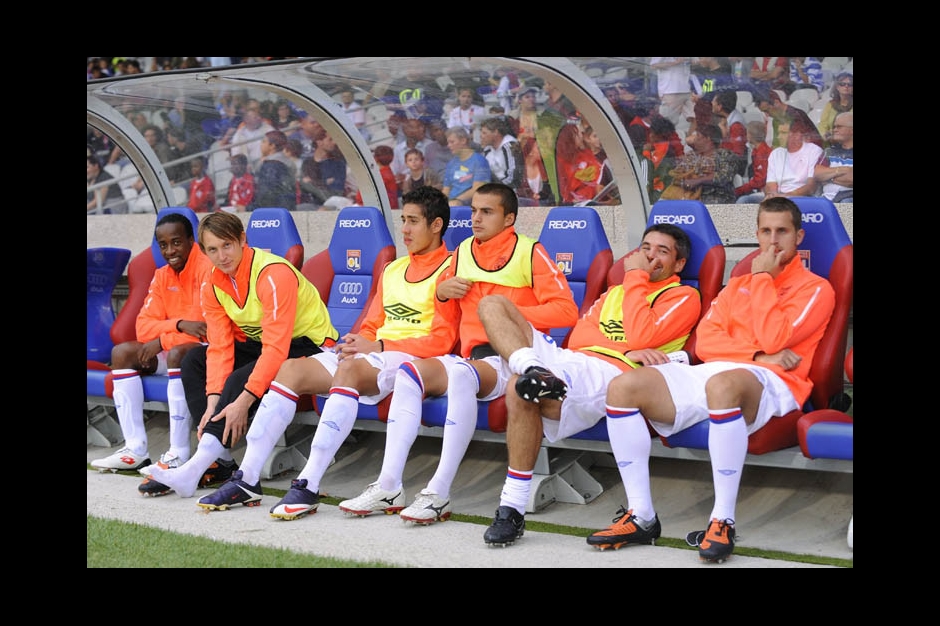 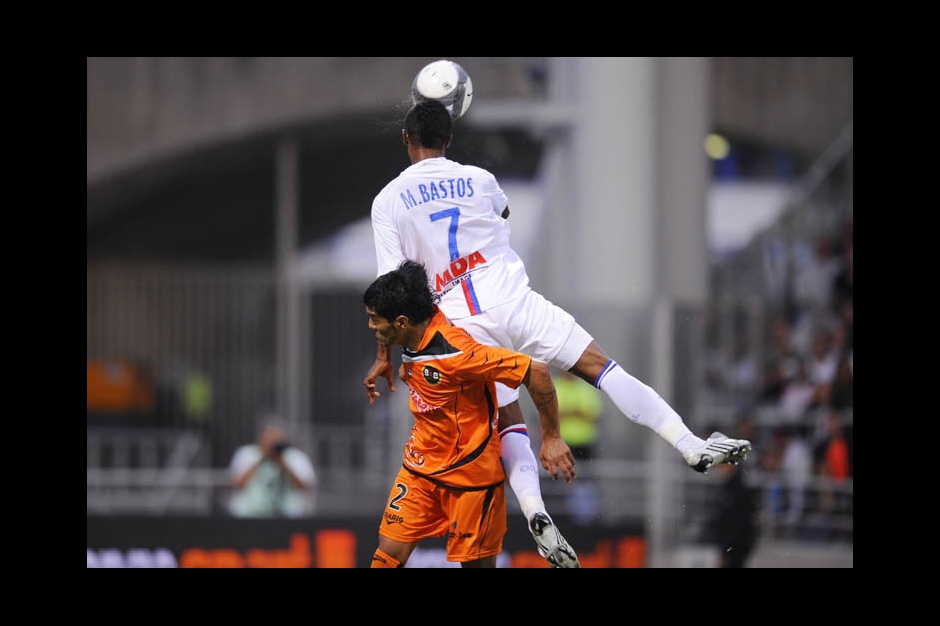 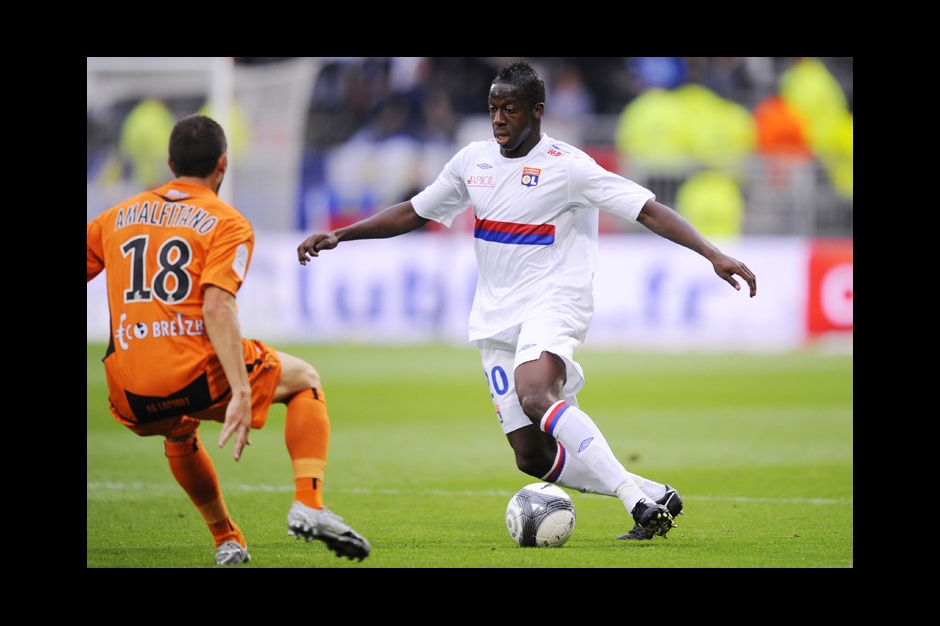 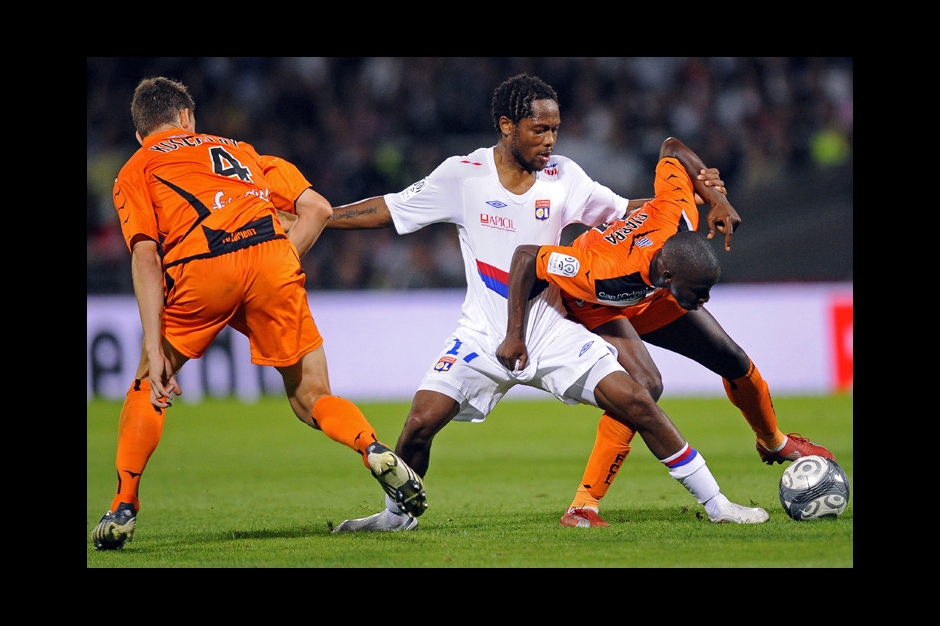 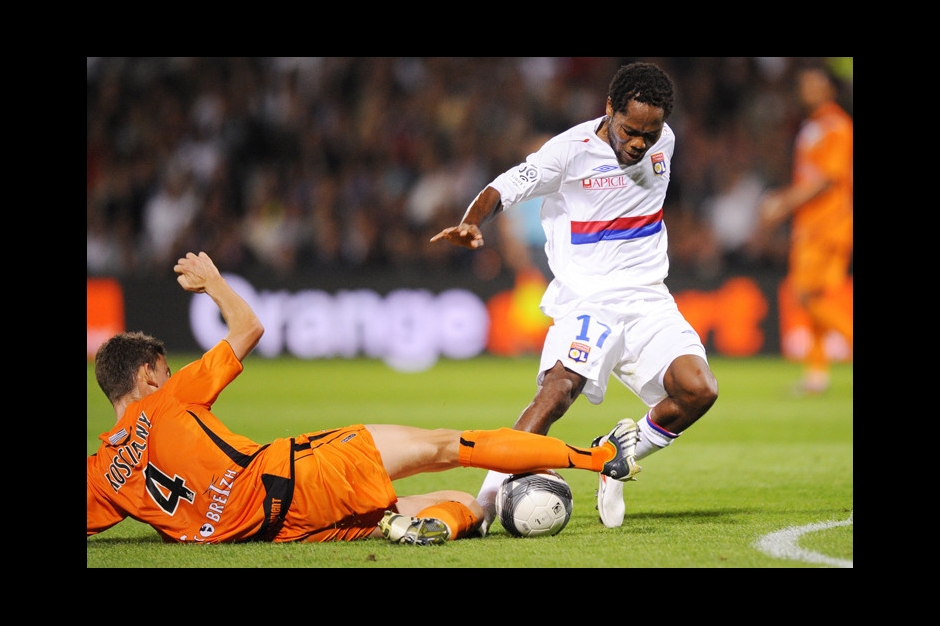 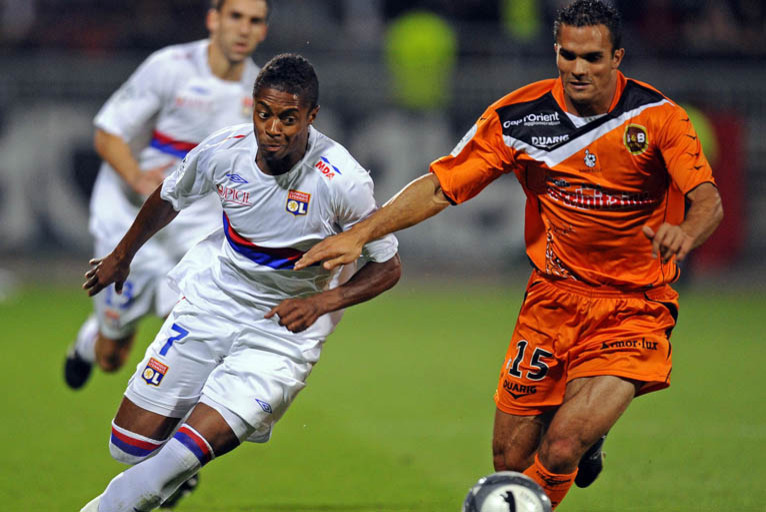 Against a tough Lorient side, OL had to fight hard to win the match by the smallest of scores.
Read all the match stats at Match Center!

After a hectic international break, Claude Puel decided to let Jérémy Toulalan and Kim Källström rest. Therefore, Max Gonalons was in the starting line-up of a midfield which also included Jean II Makoun and Miré Pjanic.

Right from the kick-off, OL tried to set up stall in their opponents half. Miré Pjanic created the first chance after some build up play with Bafé Gomis, but his shot was pushed away by Audard (3’). Vahirua, often a thorn in OL’s side, responded immediately but was lacking a little lucidity in his one on one with Hugo Lloris. Tactically disciplined, the Bretons gave OL a tough time during the first fifteen minutes. As the clock ticked on, the game became more and more tense. Aly Cissokho was given a yellow card by Mr. Vileo after a particularly strong tackle on Sosa. Played in by Bastos, Bafé Gomis had OL’s best goalscoring opportunity of the first half. The former Saint-Etienne player went for power before precision and saw his effort fly over Audard’s bar. It was a great shame, in view of the fact that clear cut chances were few and far between. Michel Bastos tried his luck from a perfectly placed free-kick, but Audard had positioned himself well and was able to save. OL pushed on towards the end of the half, but were lacking in efficiency.

The second half kicked of at breakneck speed. After some great team play, Bastos fired a shot just over. Immediately aftewards, Vahirua broke clear at the edge of offside but saw Lloris save is tight-angled effort (48’). The Tahitian once again gave Gerland cold shivers with a powerful shot from around 20 metres out which flew just centimetres over the crossbar (60’). Bastos tried his luck once again but could not hit the target (65’). Max Gonalons, who put in a very good performance for his first match in the starting line-up, came off for Sid Govou while Källström replaced Chelito Delgado. After an absolute peach of a cross from Sidney Govou, Bastos put in a tremendous effort to get in front of his marker and head home (72’)! The goal liberated Gerland. After having come on for Vahirua, Olivier Monterrubio picked up the ball from a poorly cleared corner and forced Hugo Lloris into a brilliant left handed save (82’). In the final ten minuutes, the whole of Gerland held its breath every time the visitors approached the OL penalty area. Finally, Cris and his team-mates held on well and picked up, difficultly, these three important points.


Read all the match stats at Match Center!

Highlights and full match from Sunday at midnight, here!