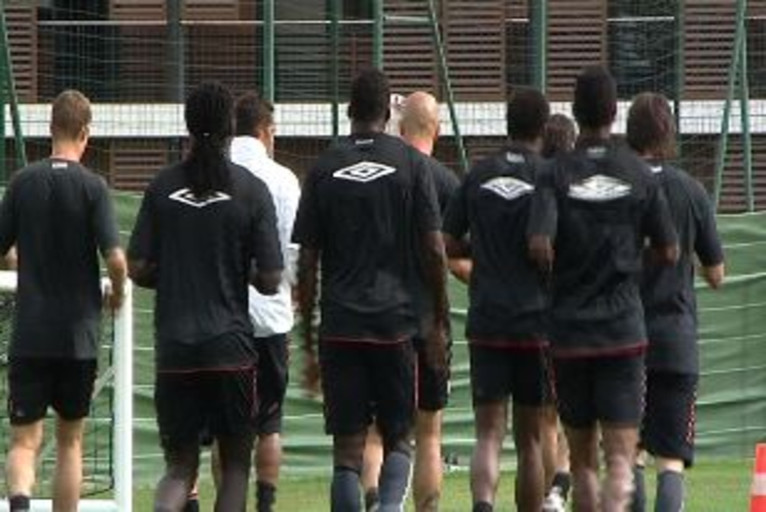 Still without the international players, the rest of the squad were called in for a training seesion at Tola Vologe at the end of the afternoon, the only session programmed for today.
Without the internationals – Toulalan & Lloris (France), Pjanic (Bosnia-Herzegovina), Källström (Sweden), Lisandro (Argentina) and Makoun (Cameroon) -, the OL squad headed back to tthe training ground on Friday afternoon. The youngsters Tafer, Grenier & Faure were also absent, called up to the French Under-19's squad to take part in the Sendai Cup which starts this week-end and runs until the 14th of September.
Returning from his trip to Nyon yesterday for the 11th UEFA coaching forum, Claude Puel directed the session. Those players present included: Belfodil, Govou, Bastos, Cris, Gonalons, Clerc, Delgado, Gomis, Cissokho. During the session, Lamine Gassama joined up with the professional group.
After a first half of the session dedicated to physical exercises – from which the two goalkeepers Vercoutre and Lopes were exempted -, the players finished up with a short opposition on half of the pitch. The blue team Delgado, Belfodil, Gassama, Anderson, Cris, Cissokho & Lopes faced the reds Govou, Bastos, Gomis, Gonalons, Puel, Clerc & Vercoutre.
Of the injured players, Réveillière and Bodmer did some jogging with Patrick Collot, the assistant coach. Jean-Alain Boumsong did not train at all.
Facebook
Tweet
Forum