Claude Puel and the start to the season 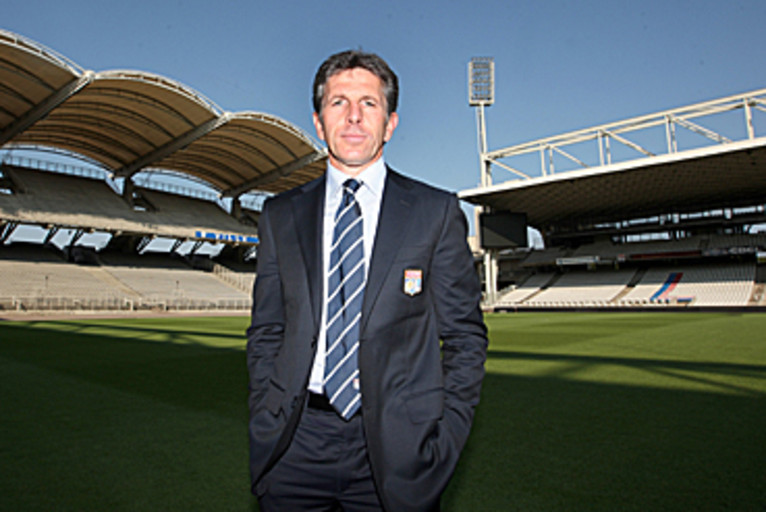 The OL manager looks back at the month of August and the team's satisfying record. Here is a selectipon of his opinions...You will be able to see the interview with Claude Puel in OL System this Wednesday, Thursday and Friday...
THE SIX MATCHES

There is no doubt, Claude appreciated the double confrontation with Anderlecht. « At Gerland, we completely dominated the Belgians, we stopped them from playing and put in a fantastic performance. I still believe Anderlecht are a good side. In the second leg, they didn’t quite know how to play us. They didn’t know if they should wait or take the game by the scruff of its’ neck. We managed to make the difference and afterwards the match was over. For the record, OL are the first French sid eto have won away to the Belgian side. In the other matches, we suffered at the start of the game against Auxerre before making the difference against the run of play. We were then able to play the game as we wanted to. Against Nancy, we suffered at the start of the second half. We put in a good match against Valenciennes, buut we were unable to put the game to rest as we lacked a certain amount of realism. Against Le Mans, the team showed their character by pulling themselves level towards the end of the match ».

« I am satisfied with this month of August in terms of our results and the performances we put in. It wasn’t easy with the programme that we had, especially as we had to prepare for events and for the rest of the season. This month has comforted me in my opinion of what we are able to do, even if we are only at the start of a long marathon. The group is open and willing to listen, things are going well. As far as our play is concerned, we are in the continuity of of the end of last season which enabled us to take third place, all the time having a new approach on what we had to do after losing the title. Do I feel more at ease this season ? It’s different. Last season, the squad lacked a certain amount of balance and were dependant on certain individualities. For the moment, I get the feeling that the squad is more receptive, willing to listen, more mobilised... ». When we tell the manager that the current style is more pleasant than last season, he replies: "at the end of the day, people analyse things the way they want to. But it mustn’t be forgotten that we have been heavily handicapped by all the injuries that have affected the group... This season the sqaud is more well balanced. We have a quality squad, but we will have to avoid injuries, fatigue, suspensions. Promises ? I can’t promise anything...a group can be so fragile"

« Their integration went very quickly. It’s quite rare to see that happen. But the club did their work well by rectuiting early on and by having targeted our needs . We brought in two players from the L1 (Gomis and Bastos), a French player who we brought home and an Argentinean who has been playing in Europe for a number of years. And I haven’t even spoken about their qualities ».

THE DEPARTURE OF GROSSO AND MOUNIER

« It would have been complicated for that not to happen. The only problem is that they happened at the end of August. Juventus wanted Fabio. How could we stop Fabio leaving? He had become a replacement for Cissokho. He has a World Cup to try and make … For « Antho », we couldn’t say no to a guy who had behaved impeccably and who will be gaining a lot more playing time. It’s a good thing for the rest of his career. And anyway, we’re spoilt for choice down the wings. Who can step in for Aly at left-back ? Anthony Réveillère can play there. There is also Kim Källström, Kolo or Gassama. A joker? We’ll see. Anyway, there are regulations that restrict our recruiting capabilities ».
Facebook
Tweet
Forum