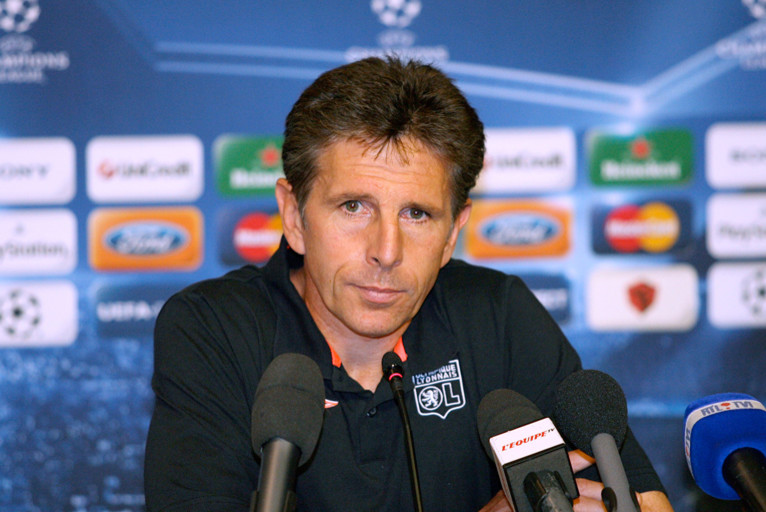 The main subject of this Press Conference was the draw for the Champions League, along with the hom game against Nancy...
What do you think about the draw?

MATHIEU BODMER
« The group is quite open. We’ll be playing Fiorentina again. It will be a first for us against Liverpool; they are a huge club with a mythical stadiuim, a huge atmosphere; they are used to these big European nights. In that sense, we are happy to be up against them. We will be wary of Debrecen, but I think we can make it through to the next stage ».

CLAUDE PUEL
« There are easier and more difficult groups. Liverpool? We know about the strrengths of this side, just as we know about Fiorentina having played them last season. They will be looking for revenge. It’s never easy playing the same side two years in a row. Both sides know all about eachother. Debrecen? I don’t know anything about them, nor Hungarian football. I know they will be discovering the Champions League. As for the rest, I’m happy that we start and finish at home and also with the double confrontation in the middle against Liverpool ».

[IMG50131#R]Can OL defeat one of the top European clubs this season?

CLAUDE PUEL
« We’ll see. We’ve done well since the start of the season, but we need to confirm. Our ambition is to move forward with this new squad. Our objective? The first was to get through the qualifying match. Now we want to make it out of the group stage. Afterwards we’ll see ».

How do you feel about the match against Nancy?

MATHIEU BODMER
« It’s the final match of August. Things are going well at the moment. Nancy started the season well, before losing away to Le Mans. I think the game will be difficult, we have to remain focused in order to take all three points. Our squad is confident at the moment and the new recruits have adapted very quickly. We are better armed on a collective level than we were last season. The danger can come from all over, even if Lisandro is our top trump. However, we cannot judge our level on the European scene just yet ».

CLAUDE PUEL
« It will be difficult. After two victories they were taken by surprise against Le Mans. Nancy are a quality side and very quick. We need to focus on the L1 after Anderlecht and the draw for the Champions League, to finish off the month well. We have a final effort to put in. We are calm and I want to believe that we have learnt the lessons of the past, when we found it difficult to pass from one competition to another »

[IMG43485#L]Mathieu Bodmer then spoke about his position on the pitch . « I feel good and am satisfied with the start to the season. I’ve played in all the matches, which is encouraging. I’m not really a defender, but I’m here to work and progress with this opportunity I have to play in defence. I must progress in order to go as far as possible; progress in my aggression and concentration. The hardest? Aggression. Are you happy at that post ? Yes, especially when we don’t concede ».

Claude Puel finished the press conference with some other news . The treatment room? Ederson, Cléber, Boumsong and Govou are either undergoing treatment or making their way back. They won’t play against Nancy. Lisandro? He’s fine; he is experienced, he shows it during each match. He will probably have some tougher moments. We can feel that we will be able to count on him , even if a lot is going to be asked of him. Grosso? His future is at OL for the moment. The club have not received any offers for him. Gassama? We’ll see soon. Mensah? (smiling). He is on his way … »
Facebook
Tweet
Forum