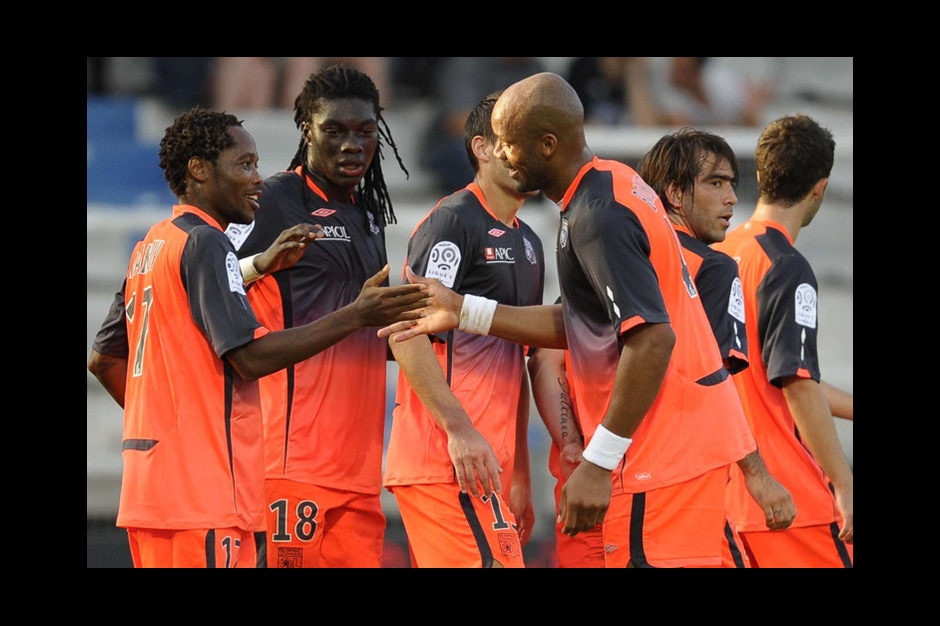 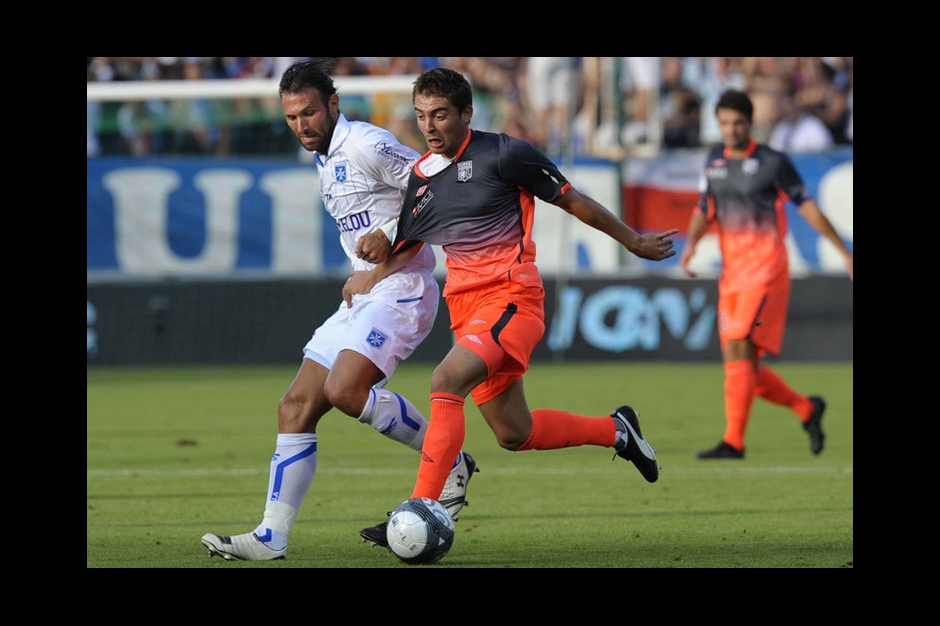 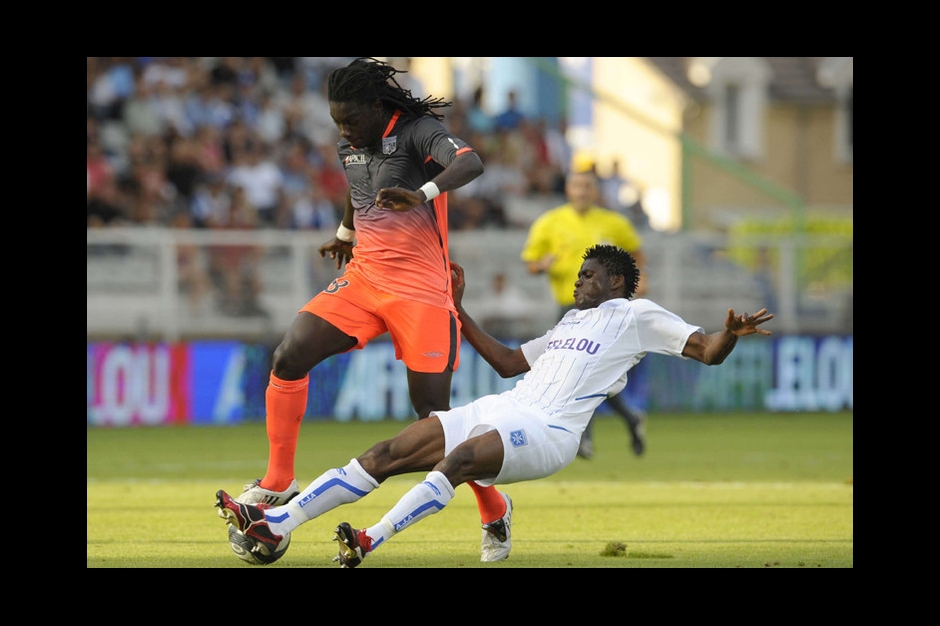 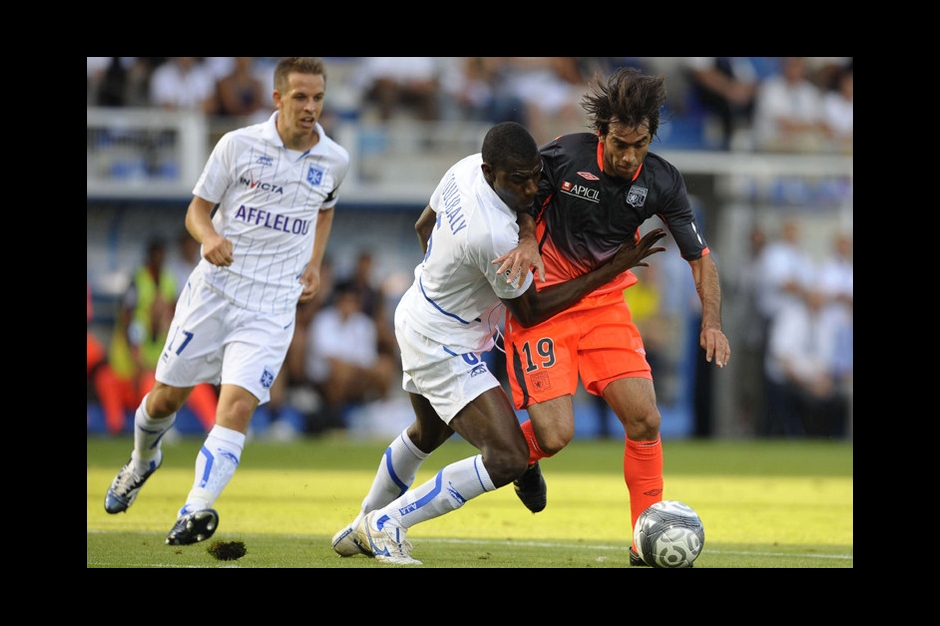 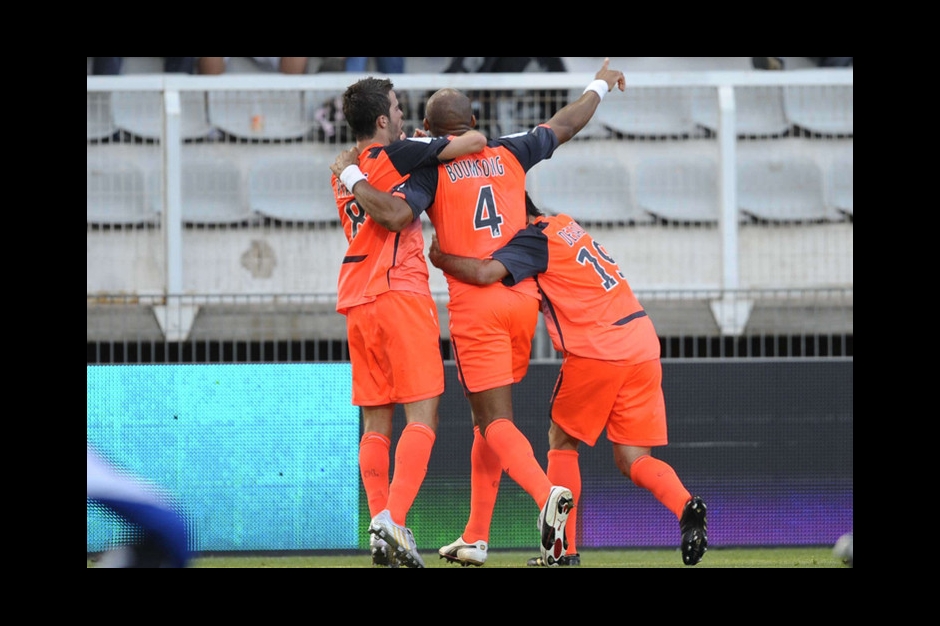 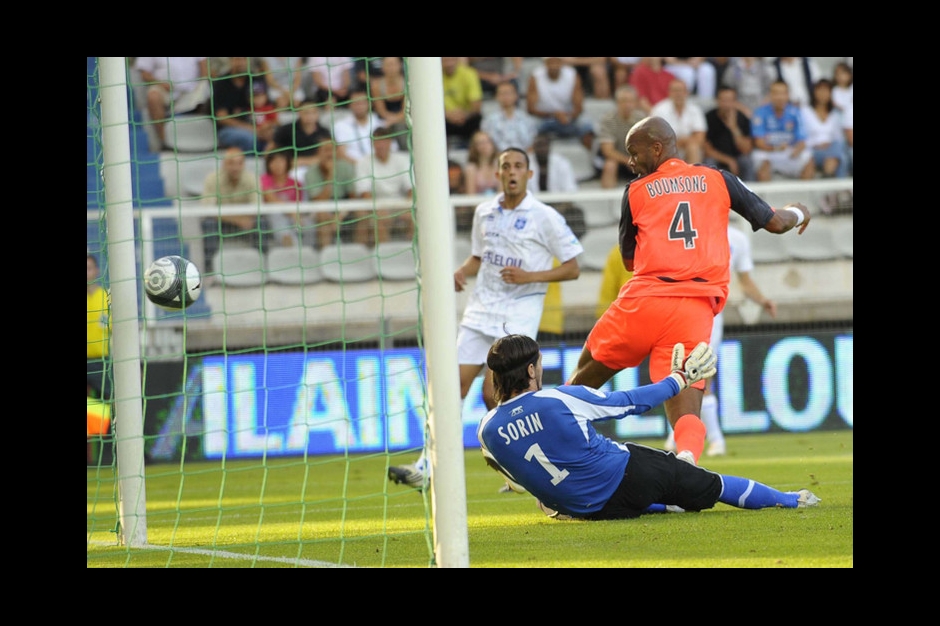 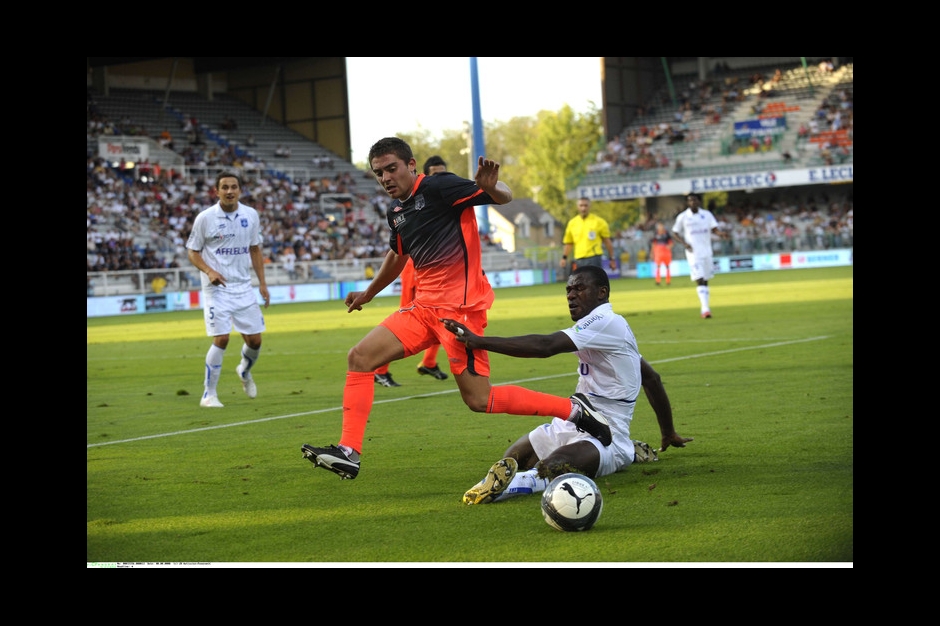 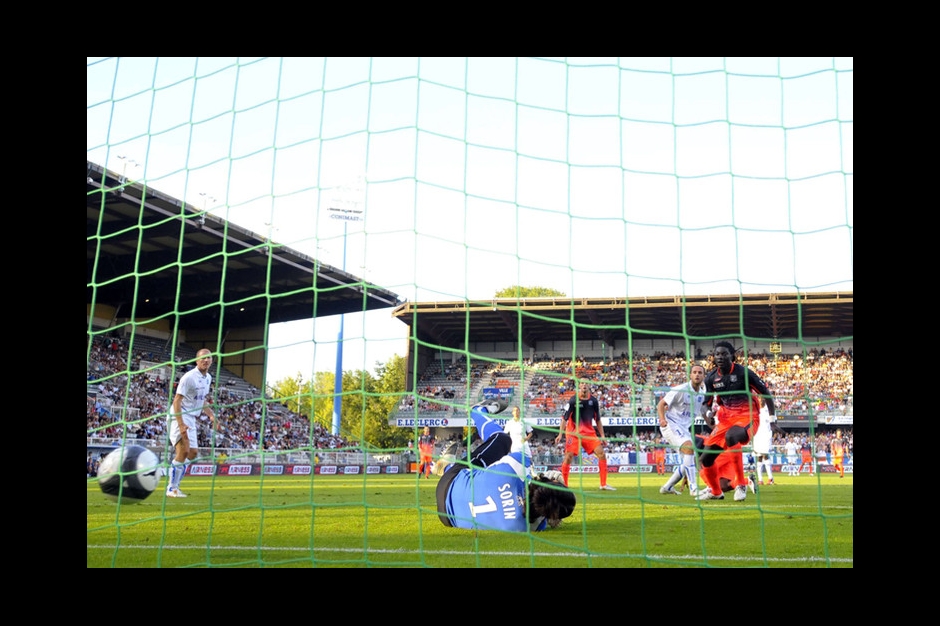 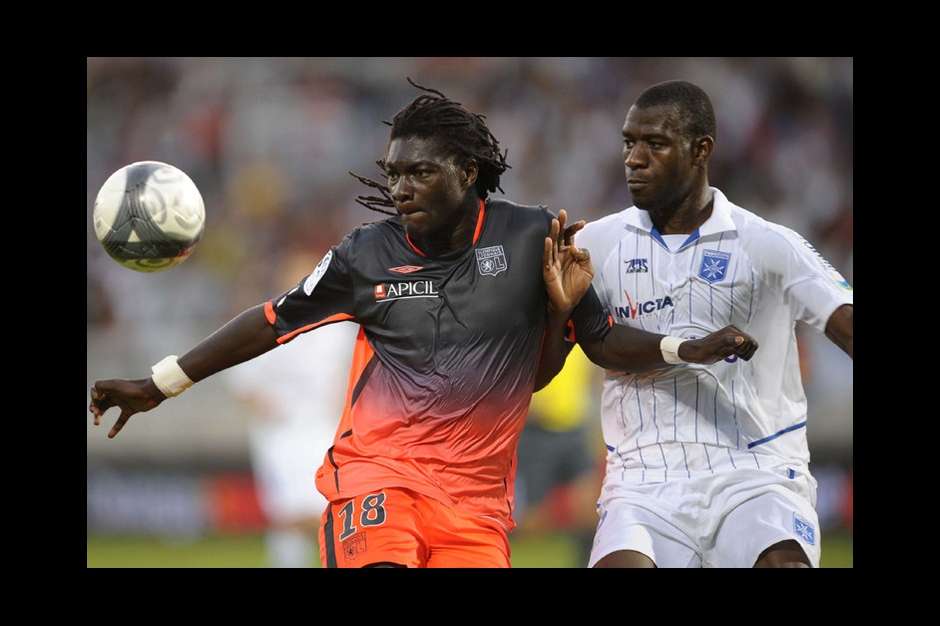 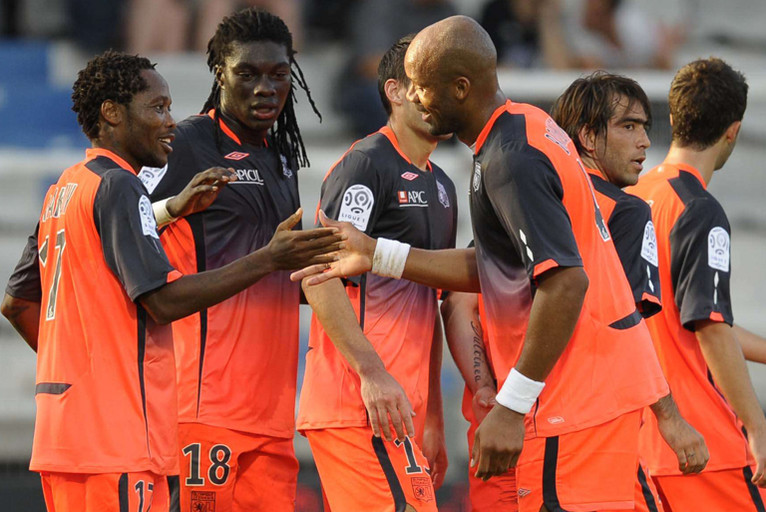 Confronted with a very enterprising Auxerre side, OL proved to be very efficient in front of goal, scoring three times. Jean-Alain Boumsong, Jean II Makoun and Miralem Pjanic got their names on the scoresheet.
Claude Puel made the decision to leave Aly Cissokho, Michel Bastos and Cris on the bench. Licha Lopez, Sidney Govou and François Clerc, injured, or just returning to training, were not named in the squad. OL started the match in a 4-3-3 fpormation, with Gomis at the point of the attack, accompanied by Chelito Delgado and Anthony Mounier on the wings. The surprise of the evening was the presence of the youngster Ishak Belfodil in the OL group. This 17 year old forward, could make a name for himelf in the coming months … The start of the match was mainly went in favour of Auxerre. Played in by Pedretti, N’Dinga came very close to opening the scoring, but Lloris was able to push the ball away with his foot. The clairvoyance of the passes made by Chafni and Pedretti disturbed OL. The former OL player tried his luck with a half-volley from the edge of the area, but his effort flew straight into the arms of Lloris (12’). Despite some breaks from Chelito and Antho Mounier, OL found it difficult to create any clear cut chances. On the contrary, it was Auxerre who managed to carve out two great opportunities for Niculae and Contout (29’). It was from a set piece that OL would find their salvation. After having seen his corner cleared, Chelito flung in a cross in front of goal where Jean Alain Boumsong was well placed and fired home with a «madjer »!! An incredible goal from the OL defender (32’). The machine was finally kicking into gear. Just a few minutes later, Bafé Gomis controlled the ball in movement and followed it up with a shot which went just wide of goal. OL doubled their lead just before half-time. After some great work by Gomis, Mounier crossed along the ground for Jean II Makoun to fire home past Sorin (45’). At half-time OL had made the break. Claude Puel’s men had weathered the storm at the start of the match, befroe showing off their realism in front of goal. The second half kicked off at a leisurely pace. To try and get back on level terms, Jean Fernandez had brought on Lejeune in place of Narry. Anthony Mounier and Chelito Delgado continued to animate their respective wings. Chelito played some fantastic football on the right flank, before putting in a superb cross for Miré Pjanic who volleyed home (65’). 3-0! Everything that OL tried seemed to be coming off. At the other end of the field when Hugo Lloris seemed to have been beaten by a Niculae header, Fabio Grosso was there to pick up the pieces. The OL keeper did, however, show off his skill when he saved at point blank range from Birsa. Cesar Delgado, who had played in two decisive passes was then brought off for Michel Bastos. From a Miré Pjanic corner, Jean II Makoun came very close to scoring his second of the evening. Towards the end of the encounter, Claude Puel replaced Bafé Gomis with Kim Källström, then threw on the youngster Ishak Belfodil. The score would, however, not change. OL have really had a prosperous week, after the five goals put past Anderlecht, they added another three this evening and that without the presence of Lisandro, Cris and Aly Cissokho.
Videos