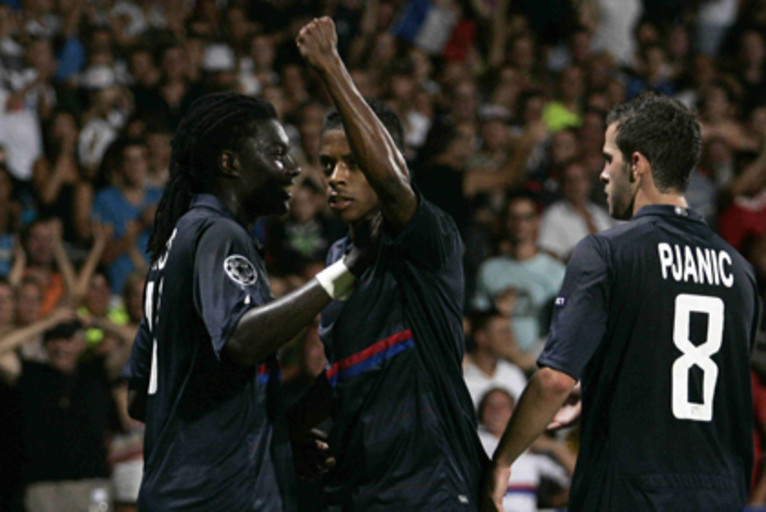 More than any analysis, one figure resumes how close OL have come to their tenth consecutive participation for the group stage of the Champions League, by « dynamiting the Belgian defences » (Le Progrès): 98,11 % of teams who have managed such a score (5 - 1) in the first leg, qualified (lequipe.fr).

In the 53 similar matches in Eiropean football history, only one side, Real Madrid, managed t turn such a score around (1985 – 1986). But Anderlecht are not Real Madrid, and, in view of the defensive weaknesses shown by the side from Brussels, « it will be difficult (à l’OL), maybe, not to score at the Constant Vanden Stock stadium » (L’EQUIPE) : « Usain Bolt has nothing to fear from the Anderlecht defence » (LE PROGRES). « Apart from a cataclysm, less predictable than the break up of Belgium » (LE PROGRES), OL will come out winners of their biggest test of the summer : « the doors are open » (L’EQUIPE), OL are « on the high road (…) on the motorway » (LE PARISIEN). « Can anyone see, unless there is a catastrophe, the French side failing next Tuesday? » (LE FIGARO)

[IMG50133#R]OL made the difference up front and did not sit back when they went two goals up in a first fifteen minutes which saw « Anderlecht fall apart » (LE SOIR). « That is the new OL . Exciting throughout the course of the most important match of the summer, taken over by an attacking fever that was not expected in view of last season, transformed by new recruits who seem all of a sudden to be less expensive » (L'EQUIPE) : yesterday, Lisandro was once again omnipresent; Michel Bastos put in a performance worthy of an international player; Gomis scored his second and third goals in two matches; Miralem Pjanic « did the memory of the maestro Juninho a great honour » (LE PROGRES). The other great winner of the evening: Claude Puel who « who influenced this first leg (…) Yesterday, he went back to the legendary OL 4 – 3 – 3 for the first time this season. (…) And everything worked perfectly » (L’EQUIPE).

OL were also able to count on an inspired referee, who did not give a penalty to Anderlecht following a duel between Lloris and Suarez, just before the second goal. Blowing for a penalty would have been severe,as « it was not flagrant » (L’EQUIPE). It was certainly the turning point of the match, as stated the Belgian defender, Olivier Deschacht : « Our mistake was trying to claim a penalty from the referee after they went 2-0 up. When you focus on things like that, you lose your head completely. It’s the difference between the good and the top level. » (Dernière heure)

[IMG50134#L]Of course, not everthing was perfect: in August, the contrary would have been surprising. But after this performance, we are tempted to feel that « a team has been born » (LE PARISIEN). « The only reproach that could be made of OL is not to have scored the sixth or even seventh goals which were just crying out to be taken (…) But at 5 – 1, will OL be likely to regret their laxism? » (L’EQUIPE)
Videos