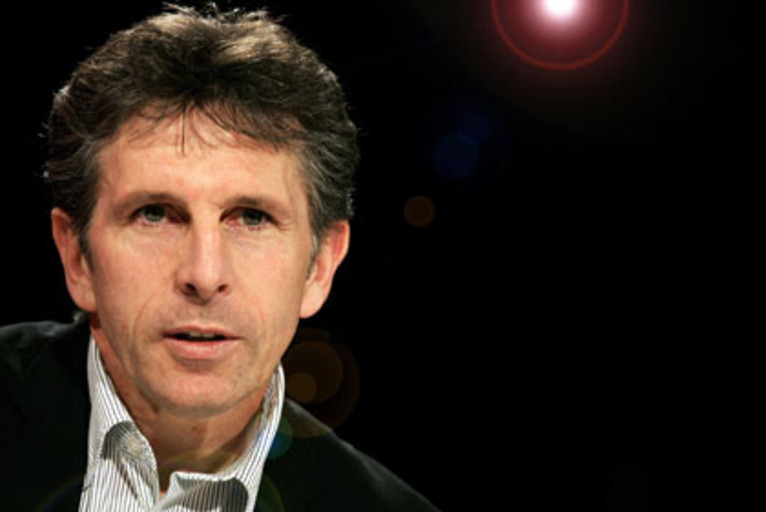 The OL coach, who accepts that today he is losing « a high quality player, (…) who is capable of taking up this new challenge », and to who he wishes « great success », admits that it was « difficult » for OL to keep him an extra season: « Real Madrid have set off a game of musical chairs; we knew that in Karim we had a player who could be called at any time. We will have to replace him numerically but more importantly quality wise as well, we are looking into that. (…) Things will move in the next few hours . With the departure of Karim, it is doubly more important for us to recruit and we are working on it. »

[IMG43384#R]Will Lisandro Lopez be Karim Benzema’s successor in the OL attack? « We’re working on it , confides Puel. We have other targets in the case that it doesn’t work out. What is important, is that we can reinforce and bring more quality to a squad that already has a great deal. The supporters are worried and that is normal as we haven’t brought any one in and have lost our best player tonight. But we mustn’t focus on Karim’s departure, but on the club’s ambition. (…) We will have to quickly put the pieces of the jigsaw together and build a strong squad for a busy month of August ».

[IMG43362#L]At 21 years of ages, Karim Benzemahas left the club from which he came through the ranks to join the club nominated « club of the 20th century » by FIFA. Just one year before the World Cup in South Africa, this step up is not without risk. « He is an extremely talented player with a great future ahead of him , replies Claude Puel, visibly confident of Benzema’s chances of success in Madrid. Here, it was like being at home for him. This move will give him the perspectives and possibilities to move forwards, progress and keep asking himself the right questions. It will be of great benefit to him. He has everything he needs to live up to the expectations placed on him. »
Facebook
Tweet
Forum