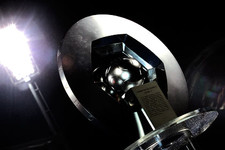 The first side to get back into pre-season training is LORIENT on Saturday the 27th of June. After this the Bretions will head off on a training camp from the 1st to the 8th of July at Crozon Morgat in the Finistère.
This training camp will finish off with a friendly against Brest. Their other friendly opponents will be: Vannes, Valenciennes, Nantes, Monaco and Guingamp. Lorient will go on another training at the end of July.

MONACO get back down to work on Sunday from 17H00 at their training ground La Turbie. Throughout the whole of next week the Monaco squad with Guy Lacombe will remain in Monaco for physical and medical tests. They will head to Vichy for a training camp between the 5th and 14th of July. Another camp is planned between the 21st and 28th of July at Port-Crouesty in the Morbihan. Six friendly matches are planned: Clermont Foot, Saint Etienne , Porto, Lorient, Inter Milan and finally Cannes.

On Monday the 29th of July the majority of the other clubs will make their way into pre-season, starting with Lyon. The doors of Tola Vologe will swing open at 15h45 then Claude PUEL’s large group will head off to Tignes on Thursday until the 11th of July. Two friendly matches are scheduled: one against Nice in Albertville and the second against Lens in Villefranche-sur-Saône. Then from the 24 of July to the 2nd of August they will be in Andalucía for the Peace Cup.

Toulouse return to work on Monday. Just like OL, they will head off on a training camp from Thursday until the 11th of July but in the Pyrenees at Luchon. They will play five friendlies against Luzenac, Rodez, Bordeaux, Montpellier and Marseille.

The following sides will also be back in action on the 29th:

Grenoble will head off the following week for around eight days at Vittel. They will play four matches against Sochaux, Croix de Savoie, Saint-Etienne and Istres.

Sochaux start at 16h00 on Monday before switching to Divonne-les-Bains for a training camp from the 5th to the 12th of July. They will face Grasshoppers on the 3rd in a friendly match. Their other opponents during July: Zamalek an Egyptian club, Dijon and Grenoble.

AS Nancy Lorraine will head off for a training camp from the 10th to the 19th of July at Anglet in the Basque country. Their schedule see’s them playing five friendly matches: Bayonne, Juventus, Sedan, West Bromwich and Crystal Palace two clubs from the English D2.

AS St Etienne also start their training camp on Thursday at Chambon-sur-Lignon. A number of friendly matches are the order of the day: Clermont Foot, Châteauroux, Monaco, Dinamo Bucharest, Grenoble, Rennes and Marseille.

Montpellier, Louis Nicollin’s men are back in the elite. They will head off to Mende on Friday the 3rd of July for a training camp that will run until the 11th. Four friendly matches have been organised: against a regional 11, but also Rodez, Toulouse and Arles.

Another newly promoted side also start on Monday, the « Red and Blacks » of Boulogne. Two training camps have been planned one from the 2nd to the 7th of July at Ouistreham in Normandy and the second from the 20th to the 24th of July at Montreuil sur Mer. Their friendly matches will see them play: Amiens, Lens, Dukla Prague, Valenciennes , and one more opponent yet to be confirmed. Tomorrow, the rest of the programme, with the return to work of Marseille, Bordeaux and PSG among others.
Facebook
Tweet
Forum