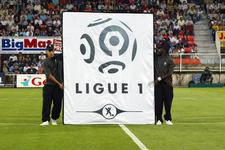 Saturday see's the league campaign come to a close and nothing has been decided yet...there is a title of French Champions to be handed out...2 European spots...and the last place in the L2...that leaves us with 8 matches out of 10 with high stakes...
Nantes – Auxerre and Nice – Le Havre are matches with nothing at stake. Nantes and Le Havre are already condemned to a descent into the L2. Nice and Auxerre cannot change their positions in the standings. Antonetti will take his place on the Nice bench for the final time.

In the other 8 matches, the stakes are incredibly high . Mobile telephones are going to be in great use this weekend! OM must beat Rennes in order to keep their hopes up in regards to the title, needing a defeat for Bordeaux away to Caen. But, Rennes are in need of a success to take a European spot, always supposing that PSG don’t win and Toulouse lose.

As far as Bordeaux are concerned, a draw would be enough to take them to paradise. Their opponents Caen are fighting for their survival and may need a win if St-Etienne managed to beat Valenciennes. St-Etienne would do well to take all three points against a Valenciennes side who have no worries and will be wanting to put on a show for the departing Kombouaré. At the Stade des Alpes, Grenoble welcome Sochaux who are looking for a last point which may be necessary for them to stay in the L1. Will Grenoble play their role of referees?

PSG, in a European spot for the moment, have Rennes and Lille looking over their shoulders. After two defeats in a row, the time has come for them to react before moving into a new phase with a new coach. Monaco, their opponents, could finish as high as in 10th place if they get a good result at the Parc des Princes. Lille are fighting with Rennes, PSG and Toulouse for a place in the Europa League. Can Nancy stop the « Dogues » from signing off on a victory that could send them into Europe?

Finally, Le Mans could find themselves in 18th place if they lose and both Caen and St-Etienne win. Le Mans know that a draw against Lorient is enough to keep them up.