OL fall away to Bordeaux 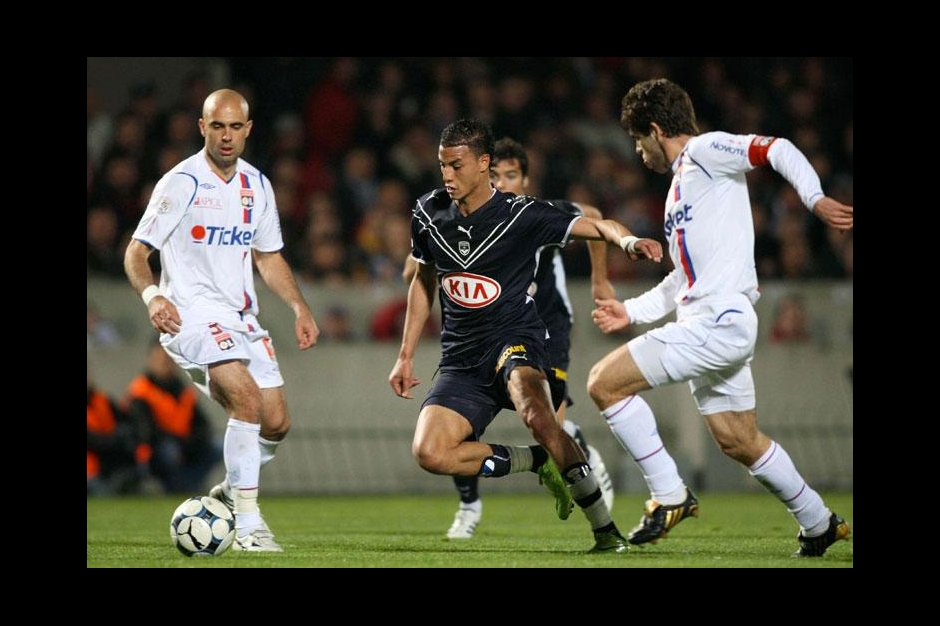 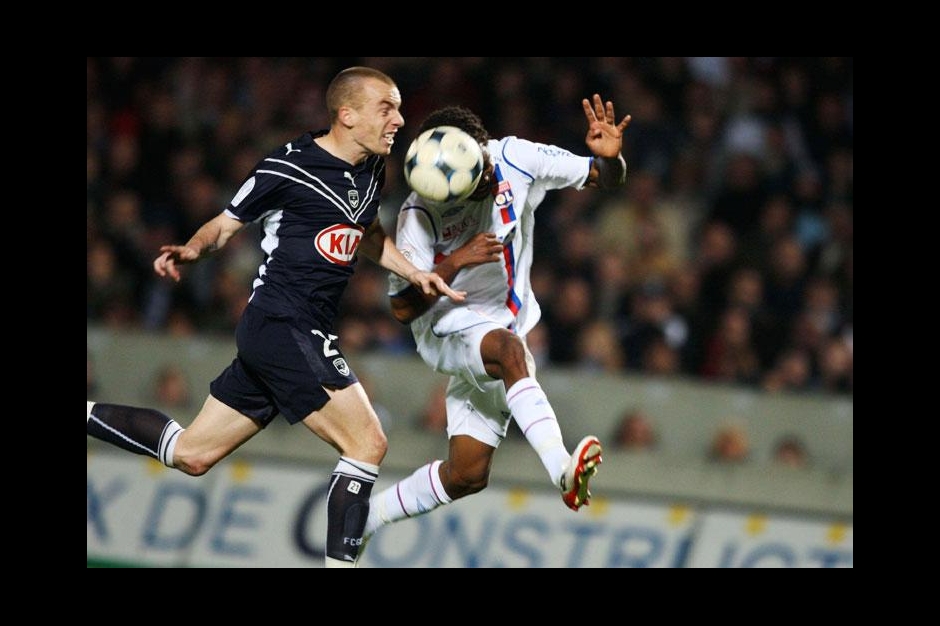 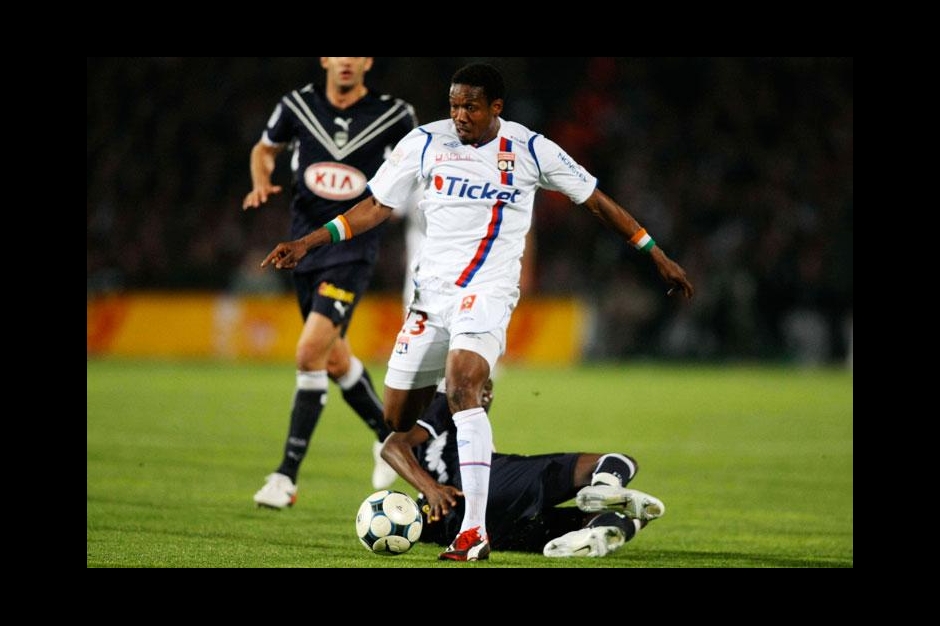 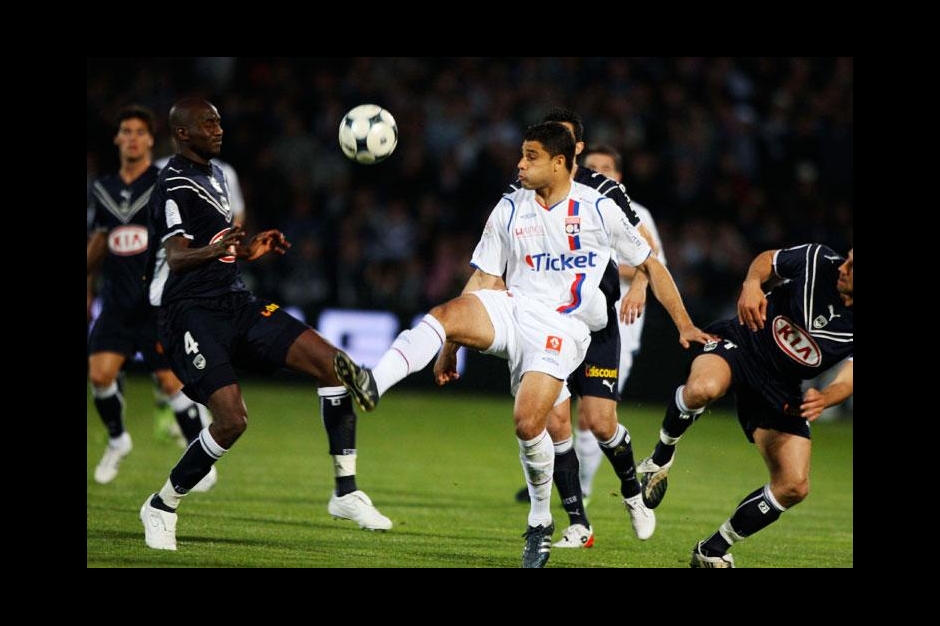 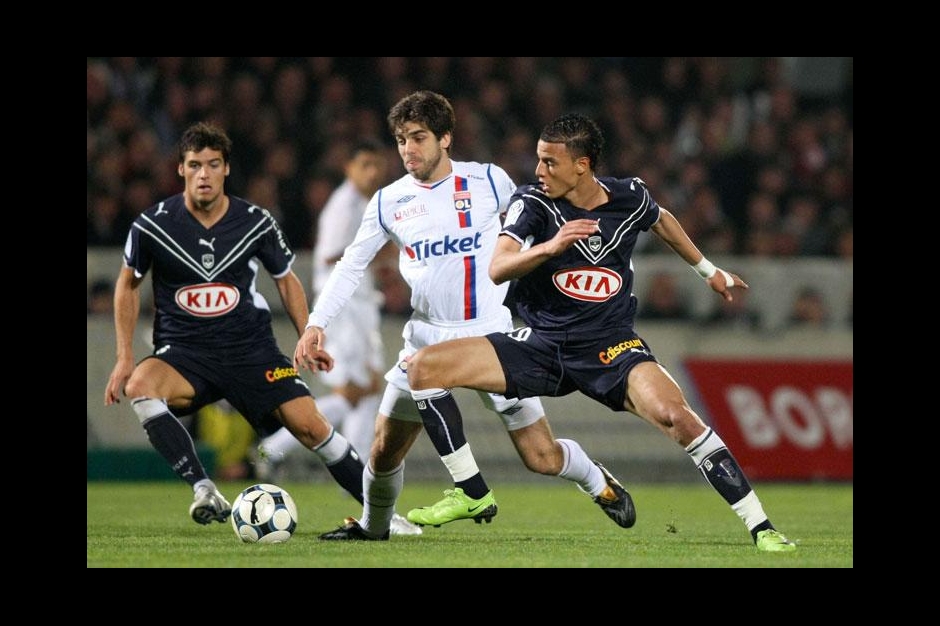 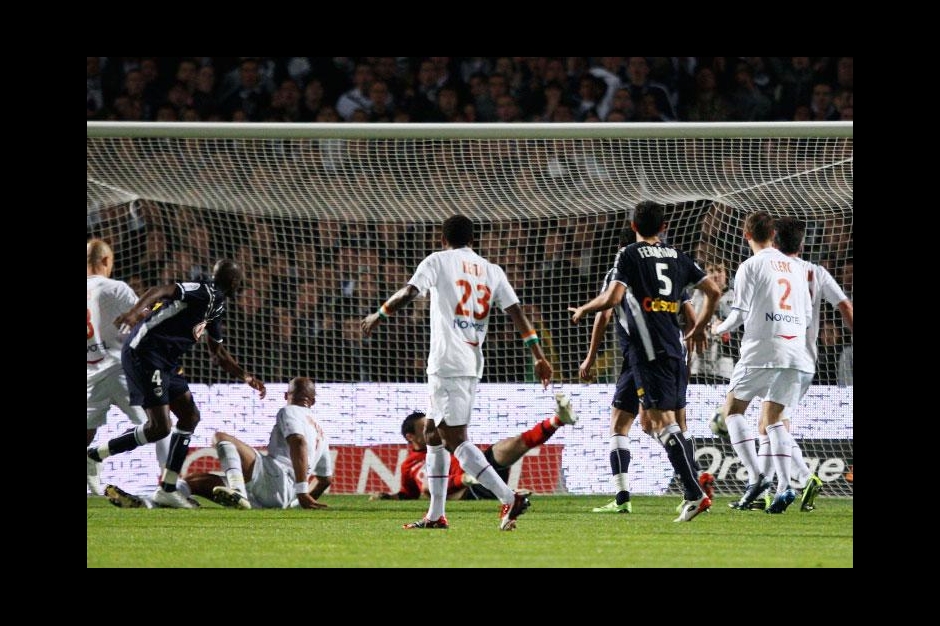 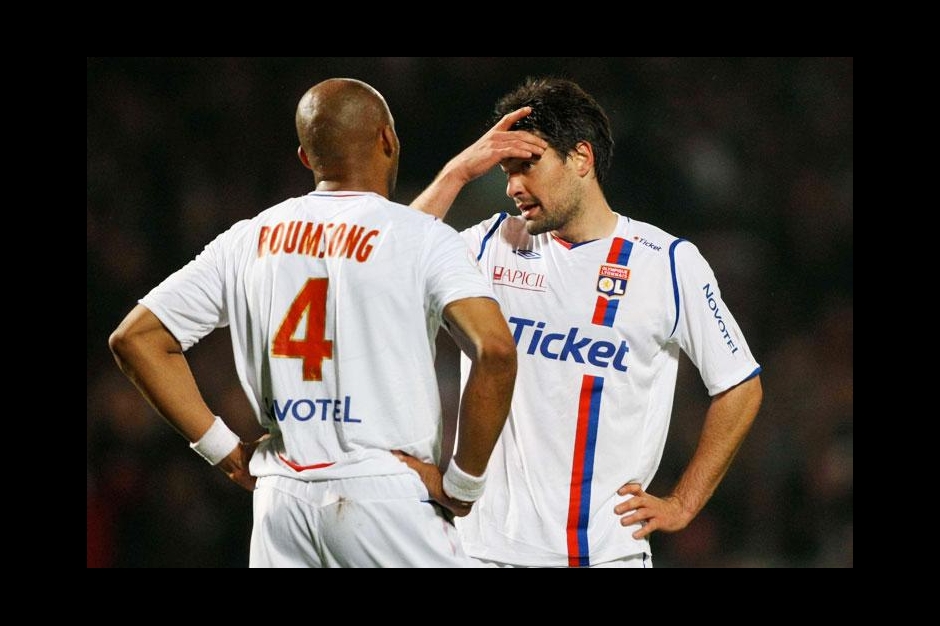 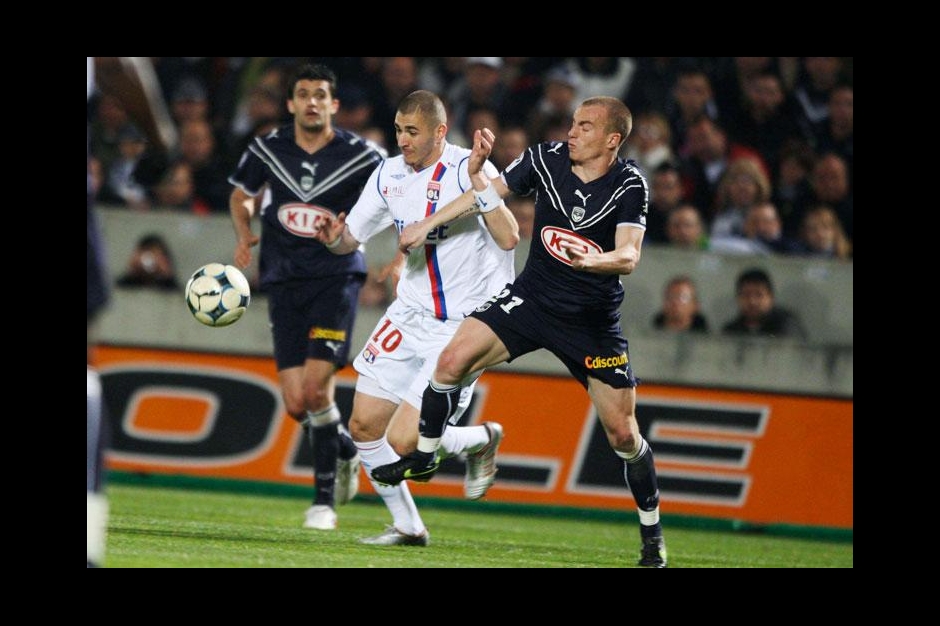 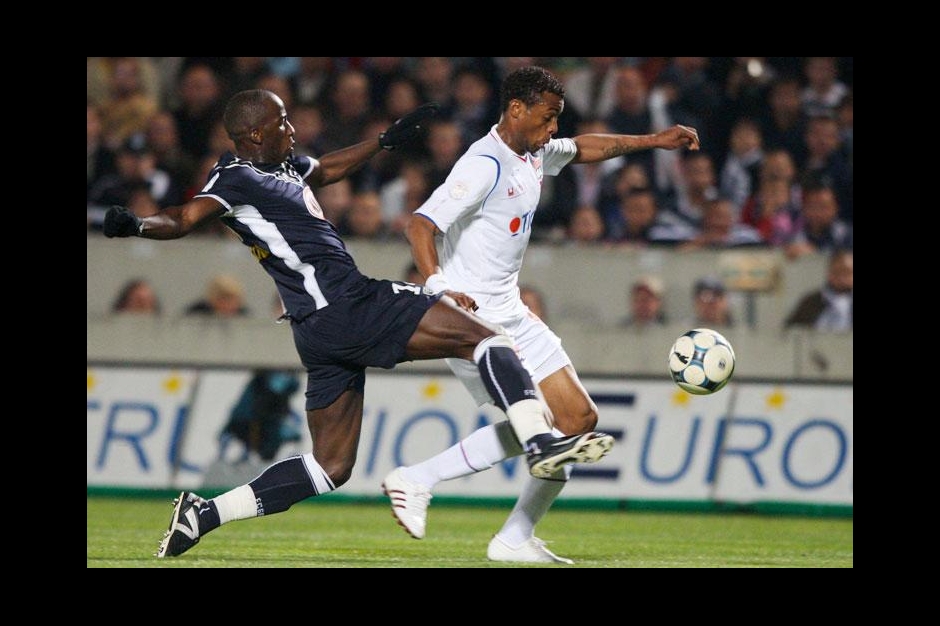 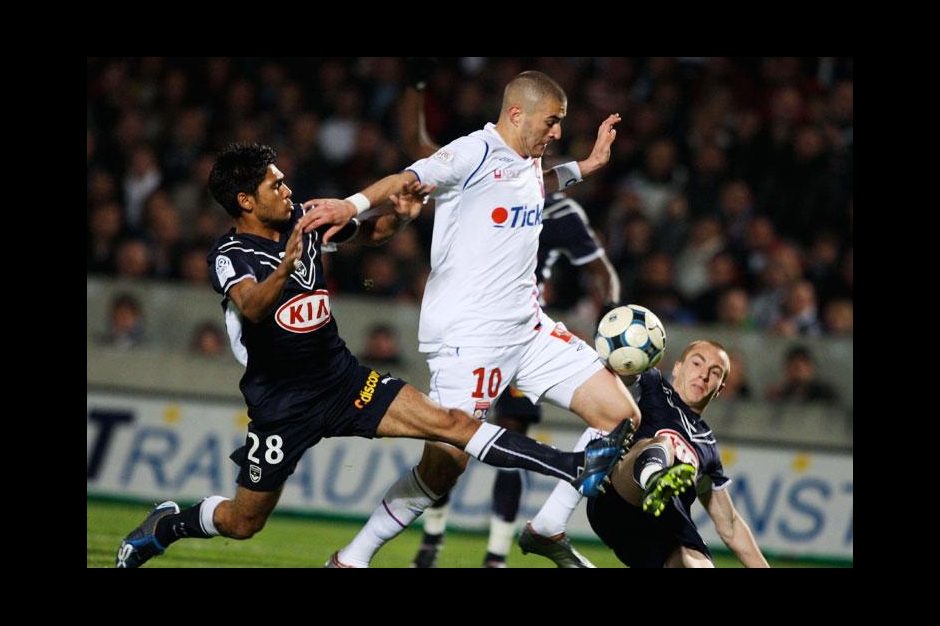 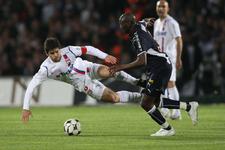 After a good start to the game, Claude Puel's men could have benefited from a penalty after a foul from Chalme on Ederson. It was Bordeaux who finally opened the scoring thanks to Alou Diarra, they would not be caught.
Both sides went into the match under pressure, as OM had won their game earlier in the day away to Lorient (2-1) taking, provisionally, a 4 point lead over OL and 5 over Bordeaux at the top of the table. Claude Puel started with Kim Källström rather than Fabio Grosso at left back. In the midfield, Jérémy Toulalan made his comeback after the injury he picked up during the match between France and Lithuania.

Commitment was total, right from the opening seconds. From a tame back pass, Karim Benzema almost managed to nip in ahead of Ulrich Rame (1’). Ederson was brought down in the penalty area, Chalmé tackling with both feet off the ground, but Mr. Bré waved play on (5’)! The referee’s decision is completely incomprehensible. The Lyon players contest the decision and after seeing the replay this is completely understandable... Juninho fires in a free-kick from a perfect position, but the Bordeaux wall pushed the ball away (8’). Tension is high at the start of the match and the contacts are frequent. Played in by Jean II Makoun, Karim Benzema swiftly turned and shot, but his effort was held by Rame (21’). Diawara played Tremoulinas away down the left wing, he then crosed into the box where Diawara volleyed the ball in, but missed the target (23’). Some great play by Ederson and Benzema finished up with a Makoun shot, but his effort ended up in the arms of Rame (24’). A cross from Wendel deflected by Cris almost surprised Hugo Lloris, who was just able to turn the ball around his right hand post (25’). Gouffran broke past Jérémy Toulalan, carried on advancing before shooting, but missed the target (33’). Hugo Lloris was often called into action from Bordeaux corners, following one played short, Wendel tried his luck but only managed to fire well over the bar (41’). After another corner, Wendel fired in a rocket shot which hit the post, the ball dropped to Alou Diarra who was able to open the scoring (44’). The half was brought to an end with Bordeaux one goal to the good.

The second half kicked off at the same rhythm as the first. Keita broke well down the right wing, but nobody was able to capitalise on his cross. The duels between the 22 players were just as fierce. Claude Puel threw on Fred Piquionne in place of Kader Keita (57’). Played in down the left, Benzema cut back into the centre and shot with his left, but his effort flew well wide (59’). The intensity of the match had somewhat diminished, but not the number of fouls (64’). Bordeaux were playing on the counter attack and after a one two between Gourcuff and Chamackh, the first shoot at goal forcing Hugo Lloris to push the ball out for a corner (71’). From the corner, Diarra rose to head the ball, but was unable to hit the target (72’). Chalme once again fouled Benzema (73’), it was incredible that the Bordeaux defender was still on the pitch. Juninho took a free-kick from the edge of the box, but it flew just over Rame’s goal (74’). Karim Benzema resisted a number of knocks within the box and tried to lob the Bordeaux keeper but only managed to put the ball over the bar (76’). What a shame! A poor clearance from Lyon was almost pounced upon by Fernando,who controled and shot, his effort going over the bar (80’). Wendel flung in a free-kick onto the head of Chamackh, who’s header crashed into the crossbar Lloris (82’)! Chamackh then broke past Boumsong and Cris before coming up a little too short as Lloris came flying out (83’). As the ball flew in Chalme and Jean II Makoun crashed into one another, with the Bordeaux player staying down (86’), because of his injury the referee added 6 minutes of stoppage time. OL were unable to get back into the match and lost 1-0 at Chaban-Delmas. The match could have turned out altogether differently had the referee given a penalty for the foul on Ederson in the first half.
Videos