The first stage will take place in the Sarthe region 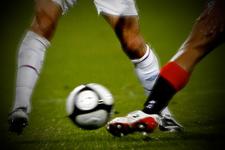 9 stages before discovering the Champion, which sides will make Europe and who will be relegated...9 matches full of problems. OL visit Le Mans trying to hold onto their place of leader, maybe even strengthen it...The return to L1 competition is never easy after an international break...
In the race for the title, which concerns six maybe seven teams, OL have their destiny in their own hands . OL have a one point lead over the second placed side, three over the third … matches to come against Marseille, Bordeaux, Toulouse, PSG… obviously this schedule is very complicated, but it could allow OL to make a definitive difference. Apart from their own matches, the OL squad will be keeping an eye on other games, for example at the Stade Geoffroy-Guichard, this week-end, where Saint-Etienne take on OM …

810 minutes and any stoppage time before a possible 8th title. A final sprint without any easy games, they will only have tough matches against opponents that will be looking to stop them or take their place. The end of the season looks distinctly undecided. The comeback after the international break starts in the Sarthe region, where the first three points of the final run-in are there for the taking against Le Mans.

A walk in the park ? Not really. Le Mans are in trouble. They have not yet secured their safety in the L1 and may not do so. They changed coach in January, without having any real effect on their form. They also have a tricky calendar up against teams in danger like Caen, Sochaux, Valenciennes… or clubs that are fighting for the title or Europe like PSG, Bordeaux… 10 points, in theory, from safety, Le Mans have to react immediately. 10 points from 9 matches, is « asking a lot » as the club have taken 8 points from 10 matches since the winter break! « Concentrating on their defensive positions before trying to hit their opponents on the break, this side can also count on the very dangerous Gervinho … They have changed their style since the game earlier in the season which we won 2-0… ». The analysis came from Claude Puel.

Leaving Le Mans and Jeandupeux to their own problems, OL now have to get themselves straight back into the swing of things . OL must, among other things, get back to winning ways away from home. Between the Coupe de France, Champions League and L1 …OL are on the back of three defeats on the road. Returning to the L1 for the long final sprint, Govou, Fabio Santos, Mensah, Delgado will all be absent, as will Toulalan, who has a problem with his foot. Other players will be returning from a busy international programme, like Grosso who played 2 matches with Italy. Claude Puel could be faced with a number of questions concerning his starting line-up. Will he go with Ederson at centre forward again? What system will be used in the midfield, in view of the absence of the irreplaceable Toulalan?

Questions, worries … and one assertion. « The title will be won by the most consistent team and all of the sides will have their chances … ». This is how the OL coach see’s the end of the season. This trip to Le Mans is the right place to start of a good run .
Facebook
Tweet
Forum