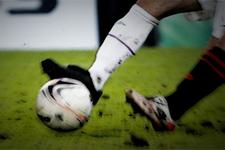 OL's last victory dates back to the 21st of February...one whole month ago...In the meantime, they have been eliminated from the Coupe de France, the Champions League and have taken only 1 point in three L1 matches...
Spring. A new season, nature waking up, days getting longer, new coulours and smells. Spring is a form of renaissance. OL would do well to take inspiration from this change in season, after a catastrophic winter. Let’s hope we can move onto something else .

How could we imagine that Sochaux would be able to come and do an Auxerre this Sunday? Impossible. Unthinkable. Sochaux, looking to save their elite status, are a team that deserves respect having refound their form since the winter break, in this period they have taken 16 of the 29 points. Sverkos and Mikari, the recruits during the winter transfer window, have both brought something to Gillot’s squad, a squad which is a good mix of experienced players and promising youngsters.

But, with all the respect that OL have for this Sochaux side, they have too much to be forgiven and need points too much to go back to the dressing room without a victory. Stop the rot on the road to the Champions League, on the road to the title. Stop the poor performances. Leaking goals ta the back, often in the final minutes of a game, inefficient up front, the seven times French champions have lost some of their splendor.

Set the clock right , by moving from Winter to Spring. Obviously, with Cris, suspended, and Boumsong injured, the centre of defence will not present any guarantees on Sunday. This is not an excuse. OL are still cpable of beating this Sochaux side if Benzema gets back his shooting boots, « Juni » fires home a free-kick, if the tough collective spirit is back, rigour, mental strength and if necessary a certain amount of folly. Will we see the return of Réveillère? Will OLplay with a formation different to the one used against Auxerre?

Despite all of the recent disappointments, OL are still in front in the L1. They hold their destiny in their own hands , this is no time to play the percentages. However, when you look at how the league is panning out, it will take 70 or even 75 points to win the title. So let’s stop wasting opportunities …
Facebook
Tweet
Forum