The schedule of matches between the title hopefuls 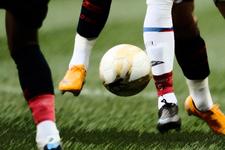 The 7 teams at the head of the table are all within 6 points of each other. The title race will be played out between these clubs and maybe decided during their direct confrontations...
With only 10 matches to go in the L1 the fight is heating up for the title, European places and survival. If we leave out Le Havre and Nice, 18 teams still have something to play for.

For the title of French champions, OL, OM, PSG, Bordeaux, Toulouse, Lille and Rennes are all within 6 points of each other. The title could be decided in the matches between the rivals for the crown. There will be 4 for OL, OM and Toulouse. 3 for PSG and Lille. 2 for Bordeaux and Rennes.

Apart from these summit games, the 7 clubs at the top end of the table will be up against sides that are still fighting for their survival in the L1. OM and PSG could also have the added distraction of their European adventure in the UEFA Cup. Bordeaux have the final of the Coupe de la Ligue to dispute.