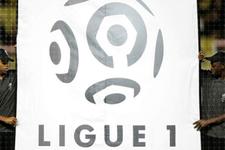 No big matches this weekend, which follows on from the midweek European games for OM, Bordeaux, PSG and Saint-Etienne… and the updated programme following the rescheduled games of Week 20...
Grenoble took a good point against Bordeaux. They now need to confirm their good performance against PSG. Grenoble need a win to put some distance between themselves and the relegation zone. PSG are in great form at the moment with 4 victories in, a row in the L1, without forgetting their win in the UEFA Cup. The Parisians will be defending their second place, with their eyes firmly fixed on the summit! Le Havre still have a hope of saving their season … as long as they take all points at home. Auxerre have now gone three matches without defeat (2 wins and a draw) without conceding a goal. Their trip to Normandy could give them the opportunity of continuing their run, they will however be without Mignot.

Lorient continue their good season. Sochaux haven’t been able to clear the relegation zone yet, but haven’t given up hope. Nantes must still keep an eye on the clubs behind them; they go into their match without Alonzo, injured. Caen are not in good form at the moment. The Normans are slipping ever closer to the relegation zone. They have gone 9 matches in a row without a win! Toulouse are on fire. Unbeaten since Week 15, they are almost within reach of the podium. Their good form is down to a olid defence and a striker, Gignac, who has scored almost 60% of their goals! Valenciennes have picked themselves up and are no longer in the relegation zone. Will the team from the north be able to continue their rise up the table?

Saint-Etienne obtained a superb result in the UEFA Cup, beating Olympiakos in Greece, but at the moment they are in the relegation zone in the L1. Bordeaux have slowed down their rhythm for the time being and need points for other reasons. This should be a fantastic match.

Nice defeated Nancy in their rescheduled match and are close to reaching a European spot in the league. Rennes are treading water, have not won since Week 20 and have taken only 5 points from 5 matches. OM took 3 precious points away to Monaco. Marseille are back on the podium and have the opportunity of staying there. Le Mans are in great need of points and are in a precarious situation. Lille have dropped back slightly but remain close to the top three. Monaco were unable to continue their recent run of good form at home to OM. Can they bring something back from the north?