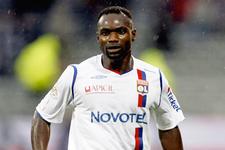 Maître Jakubowicz then went on to speak about the incidents which took place during the match against Le Havre.
« John Mensah obviously didn’t see or hear everything that went on, but it hurt him to the core. That is what is important, more than the monkey chants, these things are unacceptable, let’s be clear about that, and are the work of a small minority. That brings up yet another question: how can one individual, pretty much alone in a full stand destabilize a player. John was subjected to this with unprecedented violence. »

The interview continued regarding the supporter who was arrested. What does he risk? « First of all, in France racism is not an opinion it is a criminal offence since 1972. Sport in general, and more particularly football, has given itself the means of repression and combat of racism. This young man will be interviewed under caution by a judge during the course of the day. There will be an investigation, there will be a trial. He will be found guilty as he has admitted the charges held against him. Obviously, at the moment, he is considered innocent. What is important is not sending this guy to prison but to make everyone aware of the phenomenon of racism that surrounds football and to ban him from visiting the stadium for a long period of time. He has to understand and especially those people around him must understand that this tye of behaviour is unacceptable in the stadia and on the pitches of football grounds. »
Videos