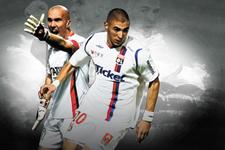 Four draws in a row at home, 10 points dropped at Gerland, the French champions must get back to winning ways in their match at home to the bottom placed Le Havre, who have still not given up hope of saving their place amongst the elite...
« The joke »has gone on long enough! You have to go back to the 17th of November to find OL’s last home victory in the L1. That was against Bordeaux. Since then, 4 draws in a row … 2 goals scored … just not good enough, even if the numerous reasons are all acceptable. Before the match against Le Havre, we can ask ourselves if the midweek international games will not disrupt an OL side that saw 9 of its players away, 6 having played…

We must be demanding in advance , this cannot be used as an excuse. Victorious against Caen, Grenoble and Nice, OL have not been able to build on these wins on the road. The time is now, especially with Bordeaux, Paris, Marseille, Toulouse and Lille menacingly close behind. It is also about time to see some goals being scored at Gerland. Karim Benzema hasn’t been able to do so since the visit of Bordeaux.

Le Havre have only taken 15 points in 23 matches. In this form they are headed directly towards relegation, bu the Normans still have life and hope in them. They have changed coaches; reinfoerced their squad during the transfer window; Alassane has started scoring important goals like the one which gave them victory over Rennes, 1-0 in the 90th minute. Le Havre, condemned, have nothing left to lose if their defence can stop leaking goals (40 goals conceded)."A miracle can happen... as far as I’m concerned, I’m taking each moment as it comes..." Frédéric Hantz detailed his thoughts (France Football 13th of February issue). Unfortunately for him, The Norman side will be without Dieuse and Aït Ben Idir, both suspended.

For OL, nobody has been able to leave a treatment room that Fabio Santoshas once again been forced to join. Mensah should come in to replace the Brazilian. Grosso and Piquionne are back after suspension. Starting with a 4-3-3 against Nice, will Claude Puel continue with this formation in the knowledge that Makoun, Toulalan and Källström all played during the week? Could he use a different strategy with, for example, Ederson or Pjanic sitting just behind Benzema?

OL are more than capable of winning the match in any circumstances, as well as keeping, or even strengthening their lead at the top before the trip to Nancy...and the home match against Barcelona. So… let’s put a stop to the rot
Facebook
Tweet
Forum