Boumsong : « We need a good run of victories » 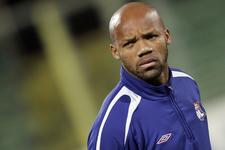 The central defender is hungry for success, whoever the opponent. A victory against Le Havre would give OL a certain amount of breathing space...
Boumsong debuted at Le Havre in the D1 during the 1997-98 season. 1 match in the league before playing 18 the following season, then 23 in 1999-2000. The club were relegated to the D2, but « Boum » moved on to Auxerre where he became a first choice in the starting line-up. « It is always special to play against your first club. At Le Havre, I discovered the elite. I’ve loads of memories. I’m a little sad to see where they are at the moment. But, I can’t let myself get carried away ».

Le Havre are arriving at Gerland with OL going into the game on the back of 4 draws in a row in the L1. « We need a good run of victories to give us a bit of breathing space in a very tight league. A 4 point lead can disappear quickly if we don’t start winning. Our lead just gives us a little bit of serenity without any certainty. Le Havre are not in good form. Le Havre will probably be looking for a draw to rekindle their hope of survival . We will have to be focused going into the match and put away our chances ».

When we asked Jean-Alain, the reasons behind OL’s difficulties since the match against Valenciennes, he comes up with the following analysis. « 2 matchs out of 4 were not played in the best possible conditions (VA & Lorient) because of the pitch. Afterwards, teams that come here often play more defensively. What is reassuring is that we have always been able to create chances. We have just been lacking in the final gesture. It’s something that needs to be working on … and we are. We have to be more ruthless in front of goal ».

In good form against Nice, do OL play better unde »r pressure or when they are scared ? « Pressure can heighten your values. Pressure can make us play better but it is always nicer to play with a little more serenity. It’s all a question of moderation. But, I’ll say it again, our objective is to take all three points … against the last or the second placed side. In the league or Champions League. Of course there is a slight difference between Le Havre and Barcelona. Certain games are obviously more difficult than others ».

The match against Barcelona is on the horizon. The former Le Havre player is in no rush. « It’s in 10 days time. There is still plenty of time. We’ll take each day as it comes. Called up to the France squad, Jean-Alain had the time to see up close the phenomenon Messi. « I had an eye on him, just like the other Argentinean players. Messi is difficult to play against. We will have to stick together, play as a team ». Called up as a replacement, once again, for the french squad, he doesn’t take it as an insult. « As far as the France side is concerned, I don’t think about it too much or I’d never get over it .I’m just keeping myself ready ».

When we ask him if the post of right back at OL is not cursed, after the injury to Fabio Santos, he smiles. « I don’t know. That’s life. Injuries are part of football. It’s never nice to see a colleague get injured. We’ll have to find a solution. If I was asked to play on the right ? I’d do it, but I am predominantly a central defender ».
Facebook
Tweet
Forum