OL-Bayern: one place for two 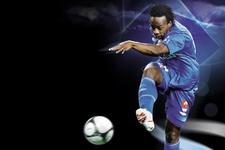 Olympique Lyonnais and Bayern Munich go head to head for top spot in Group F at the Stade Gerland tonight. While the French champions can count on Karim Benzema and John Mensah, they are without the services of Brazilians Cris and Juninho.

When Bayern visits the Stade Gerland, it obviously brings back great memories. That famous 3-0 victory back in round two of the 2001 Champions Leauge, with a double from Sidney Govou. Also the 1-1 result two years later in the first round which ended with a win in Bavaria and Juninho’s incredible free-kick that beat Oliver Kahn.

Puel: “Lyon is the outsider”

Tonight, for the third act in this drama between these two sides, OL is without a number of first-choice players. Injured – Clerc, Réveillère, Bodmer, Piquionne and Pjanic – but also the suspended Brazilians Juninho and Cris who each received a third yellow card in Florence. The latter two will certainly be missed, but out on a freshly laid Stade Gerland, neither of the two sides will be looking for excuses: “We would have preferred playing against a full. While Claude Puel reaffirmed his confidence in the eitirety of the Lyon squad: “There are a number of people missing, but I don’t doubt for a minute the quality of the players I’ll be aligning. But maybe we are the outsiders for this match.”

The roles of these two sides is somewhat reversed since the first meeting. Lyon have only taken one point from a possible nine in the league, while this Bayern side bares little resemblance to the nervy side from the Allianz Arena (1-1). Bayern are currently on a run of 14 matches undefeated – including four wins in a row against Cottbus, Steaua Bucharest, Bayer Leverkusen and Hoffenheim.
A Bayern full of confidence against an injured Lyon – now that’s a match worth dropping into the Stade Gerland to catch! And while Lyon could settle for a scoreless draw to get top spot in the group, Claude Puel and his payers are determined to knock off Franck Ribery’s Bayern. And the Lyon coach also promised: “There will be goals!”
Facebook
Tweet
Forum