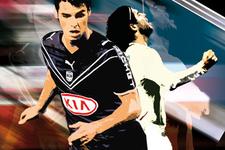 OL have a great chance of distancing one of their main rivals, alongside OM, for the title. A chance that they cannot pass up, even if the League will be far from decided after the 14th match of the season...
A victory over Bordeaux and the result against Metz will be forgotten . OL are back in their preferred competition against their most serious rival of the last few seasons. Bordeaux have twice finished as runners-up to OL! Blanc’s Bordeaux have become quite spectacular over the last 15 months, their squad remaining fairly unchanged but reinforced by the arrivals of Gouffran and Gourcuff. This Bordeaux side is solid, experienced at the back; intelligent, strong in the midfield; has a great number of attacking players, many different styles of goalscorers. They also have in Wendel, a set piece specialist. They are a squad which allows the coach to rotate, making them able to move from one competition to another and one style to another with great ease.

OL said goodbye to the Coupe de la Ligue on Tuesday night. There is really nothing worth remembering from the game … apart from the fact that it allowed Benzema, Boumsong, Toulalan and others to have a break as they were not called up for this mid-week match. Physical freshness , is a key element in order to go as far as possible in your objectives. Bordeaux also took advantage of the cup to rest Gourcuff, Diarra, Chalmé… they, however, did manage to qualify for the quarter-finals.

Everyone is waiting for this, almost European, match . At the start of August Bordeaux took the Champions Trophy from OL, notably being physically stronger than OL during their win. Since then 14 weeks have gone by, the two sides are no longer getting into their stride. On Sunday evening, this match could be multifaceted . There will be the tactical duel, the close quarter or long range battles, the physical side, the mental combat, the talent … At the end of the day there will still be points to be taken, to keep the status quo, to see OL break away or Bordeaux close in . But in no way whatsoever will the League be over, especially as Marseille are well and truly in the title race as well.

Bordeaux have a great chance to change things, as said Marius Trésor on Bordeaux’s official website, with the knowledge that they were 9 points behind at one stage last season, managing to get back to within 2 before finishing off the season 4 points from the Champions. They lost the title by losing their two matches against Lyon. OL need a win, from a mathematical point of view obviously, but also for their own peace of mind before their trips to Paris then Florence. This match promises to be fantastic.
Facebook
Tweet
Forum