OL have everything to gain 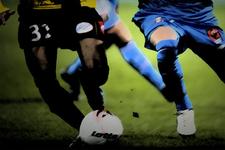 After their last two wins in the League and their victory over Steaua in the Champions League, OL go to Monaco on Saturday for their 13th League game of the season, hoping to extend their lead at the top.
Monaco: a tricky destination
The destination would make many people dream. Monaco, its luxury and excellence, is the ideal setting for champions to shine. However, looking at the statistics we can see that OL, so often imperial all over France, have often come up short in the Principality.
So, if Auxerre and Sochaux have become second homes for Lyon over the seasons, the Stade Louis 2 continues to resist the domination of the seven times French champions. Certainly, OL’s result there last season included a festival of goals - a 3-0 win with two goals from Kader Keita and one from Fred – but the accumulated statistics are not in OL’s favour: in 44 matches, OL have lost 28 times, including 3 occasions in the last five seasons.

ASM: the good run of results
AS Monaco are ready and waiting for OL for what will be the 45th confrontation between these two sides on the Mediterranean coast. Ricardo’s side recorded their first away victory of the season at Le Havre (3-2). A second consecutive victory – after the 3-1 victory over Nancy – which offers a breath of fresh air to a side that was overhauled during the interseason and who are still in the lower reaches of the table.

A running series
After having gone nowhere in the three matches against Rennes, Lille and Auxerre – taking two points from nine available -, Lyon are back on course with two wins in a row against Sochaux (0-2) and Le Mans (0-2), which allowed OL to build up a gap between themselves and the chasing pack, they have a four point lead over Olympique de Marseille in second place.
Lyon will also have to deal with the after-Champions League. Solid victors over Steaua Bucharest on Wednesday night, Claude Puel’s men will be trying to finish off their week with a good result in Monaco: they would like to keep their defensive solidity – having gone four matches without conceding – and keep their run of three successive victories going.